What you don’t know about growing old — and why 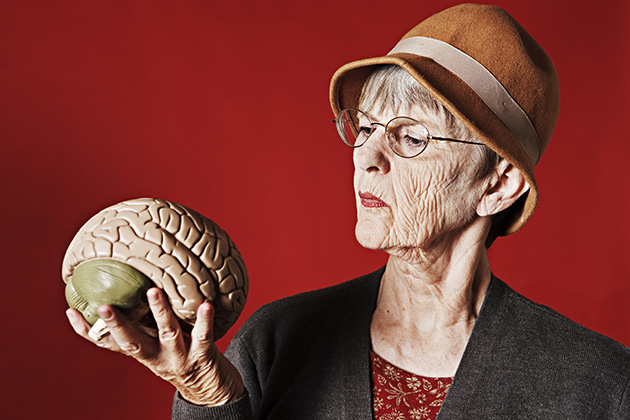 Americans haven’t always faced our national shortcomings very well, although we’re probably getting a little better at it. While we have a long way to go to achieve perfection — which, of course, being human, we never will — we’ve made substantial strides in some areas.

For example, Oscar Wilde once wrote that homosexuality was “the love that dare not speak its name,” but that’s certainly no longer true. My friends speak quite casually about their kids shifting gender identities, and media stars like Megan Rapinoe, the U.S. women’s soccer team’s formidable forward, is openly gay and has even incorporated her sexual identity has a part of her brand.

No, what dares “not speak its name” in our society is growing old. In fact, we have various euphemisms to cover up the reality. While we’re no longer described as “senior citizens” or “old folks,” we’re not simply “old” either; we we’re just “aging,” (so are teenagers) or growing “older” (as, again, are teenagers).

I ran into our resistance to discussing the subject almost accidentally as I was thinking about a good title for the article you’re reading. When I pick a title for an article I often use a little widget from the Advance Market Institute that evaluates the emotional value of different titles.

Without going into details (you can find them here, if you like), the AMI widget algorithmically compares a proposed title with a large database of titles with known emotional marketing values. The higher the score, the better. Good copywriters aim for scores between 30 and 50%.

I first tried out “Aging in America.” The score? Zero. A first; I’d never proposed a title before that got anything worse than the mid-teens. OK, how about “Growing Old in America?” Zero again. But if I change the word “Old” to “Tulips” the score rises to 25%. In fact, I can pop in almost anything that could literally or metaphorically grow in America and get a decent score, so long as I don’t connect it to the dreaded word “Old.”

Despite the best efforts of various institutes devoted to the subject, such as the National Institute on Aging, growing old is something we don’t want to hear about. This seems particularly strange when you consider that it’s one of the few things in life that will certainly affect everyone who doesn’t die young!

Over the next few weeks, I’m going to write further about our attitudes in this country toward aging, and, specifically, how those attitudes can harm us in a variety of ways — financially, medically, socially and financially. In the remainder of this introduction to the subject, I’ll just share a few pertinent statistics.

How Fast is America Aging?

Probably the first thing to know about aging in this country is that it’s happening faster than most of us realize. One frequently quoted statistic is that by 2035 the number of Americans 65 of older will more than double from today’s 46 million to 98 million.

At that time, about one-quarter of the entire population will be 65 or older. Even now, Americans 65 and older comprise 15% of the population, more than the approximately 13% who are African American.

How, for example, would most Americans react to a social policy of isolating African Americans geographically? That’s called ghettoizing. With older Americans it’s called “retirement communities.”

How would most Americans react to an economic policy that prohibited African Americans from working during long periods of their adult life? Although a policy of mandatory retirement was prohibited by Congress by the 1967 Age Discrimination in Employment Act, working past a certain age is still openly prohibited in some occupations — judges, for example, are commonly required to retire around age 70. Worse, the act is frequently disregarded, especially in hiring situations where HR employees find themselves “uncomfortable” around older applicants.

Increasingly, Americans have come to understand the fundamental unfairness of historical treatments of minority populations in this country when it comes to race, gender and ethnicity. We’ve barely scratched the surface, however, when it comes to aging — the one minority that we hope we’re lucky enough to become a part of.

In future articles, I’ll tell you more about what I’ve found out about aging in this country. It’s not necessarily comforting reading (as my titling app brought home to me recently), but it’s important information to have. Your survival could even depend on it.