What to know about carrying from your holster 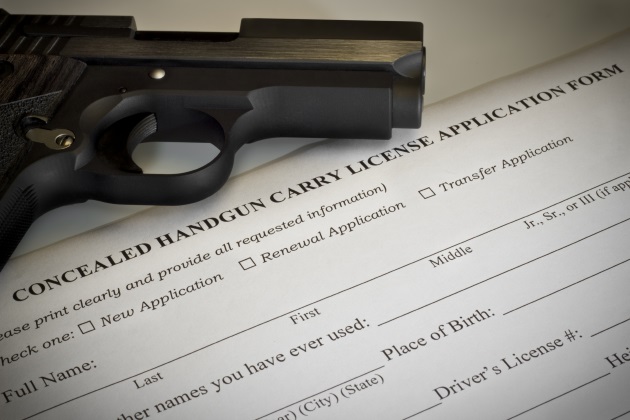 One of the first things a new Concealed Handgun License holder worries about is whether it's going to act like a snake and bite you when carrying. I advise people worried about this to carry without a round in the chamber for the first week or two. This will boost your confidence that guns do not accidentally discharge unless mishandled.

After building confidence in your selected gun and holster combination, and not hearing the hammer falling as you go about daily activities, you should carry with the gun racked, a round in the chamber and decocked in double-action mode.

This brings up the question of action modes in concealed carry guns. I personally like double action. However, it is slower and less accurate unless you consistently practice with the gun.

Shooting double action is neither fun nor comfortable, so it is important to practice. A self-defense pistol may someday be pointed at another person, it is not just a range gun and you do not want a light trigger in single-action mode accidentally firing in a high-stress environment. I prefer a well-aimed, deliberate shot that I have planned not having a finger twitch in stress and losing an unintentional bullet.

While most people go a lifetime without being in a self-defense situation, if something should happen, it happens fast. You do not want the last thing you remember in this life is having to take the time to rack the slide and chamber a round.

Next on this list is the safety. I admit to carrying with the safety engaged. However, in my practice sessions, disengaging the safety is practiced within the completed draw stroke. This is done to build muscle memory and develop personal consistency.

You do not want to spend measurable time fumbling with the safety. This is a very good reason to always carry the same gun or, when buying guns, to pick those with similar safeties. Remember, a safety is a mechanical device and there is always the chance that something might go wrong.

How many of you actually practice drawing from a holster? There are many that do not practice this key element in building muscle memory. They strap the gun on and never practice the draw stroke.

When practicing the draw, it is important to verify that when you start, the gun is completely unloaded. Remember, a gun is not unloaded just by dropping the magazine.

After checking and removing the magazine, check the chamber also. Remember checking the chamber with the gun magazine loaded will deploy a round to the chamber. Many people have been shot with “unloaded” guns because this was not accomplished in the proper order. Confirm multiple times that the gun is unloaded.

Reholstering safely is as important as the draw stroke. Many leather holsters will close up with the gun out of the holster, plus the tensions on the belt and pants. This makes putting the gun away more difficult and dangerous. I learned this during an International Defensive Pistol Association shoot after my struggles made a Range Officer nervous. I took his advice and brought a molded Kydex holster.

Come Jan. 1, CHL holders will have the option of open carrying either on the belt or in a shoulder holster. If Texas follows other states, this will be a nonevent, as most people choose to still conceal. If you do decide to open carry, I advise choosing a holster with retention capabilities.

Remember, you have spent a lot purchasing your gun, so equal care and expense should be used when selecting a holster.