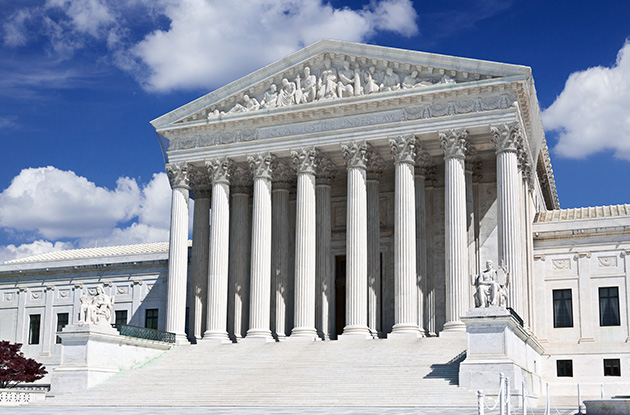 Ever since Donald Trump became president, his travel ban has been in the news. From anxiety and anger to relief and confusion, people involved have felt every emotion therein.

But the latest development may be the biggest one yet: The Supreme Court announced Monday that it will allow a full enforcement of the ban laid out by the Trump administration.

Supporters of the ban say the heightened risks of terrorism make it imperative to limit travelers from these countries to the United States. Detractors say this is not about terrorism but an obvious bias against Muslims.

Trump's recent retweets of anti-Muslim videos by a far-right British account may have exacerbated the situation. Some say that it has affected and hastened Supreme Court's decision.

While this not a final ruling and lower courts are still challenging the ban, this move shifts the balance in favor of the Trump administration. With the ban coming just before the appeals court arguments, the justices are expressing their stance on this matter.

They are allowing the ban since the policy behind it is based on legitimate national security and foreign policy concerns. The administration has pointed out that the ban is not discriminatory since it does not include many Muslim-majority countries.

Challenges to the policy have been presented, and courts are expected to rule on the full legality of the ban. The ACLU and others are still vehemently opposing the ban. Lawsuits filed in Hawaii and Maryland state that the ban violates federal immigration law.

To Muslims in the United States, those kept apart from loved ones by the ban, and everyone who cherishes religious equality, we stand with you. We continue to fight for freedom and equality and for those who are unfairly being separated from their loved ones. #NoMuslimBanEver


The Hawaiian government has stressed that the ban is detrimental to tourism and the economy, not just for the state but the nation at large. Studies show that there have been far fewer international footfalls in the U.S. this year than in 2016.

The U.S. Department of Commerce National Travel and Tourism Office (NTTO) stated that the number of international visitors to the U.S. fell by 4 percent for first six months of 2017. The biggest drop came from the Middle East, which saw a 30 percent decline in travel to the U.S.

According to the Global Business Travel Association, the U.S is set to lose $1.3 billion this year. The advocacy group has pleaded that the government enforce policies that preserve national security without jeopardizing the economy and the tourism industry.

When the ban was first announced in January, it sent a ripple of shock waves in the industry and unleashed chaos at airports. The new policy is not expected to cause similar turmoil or confusion.