What the 2019 Skytrax World Airport Awards mean for US airports 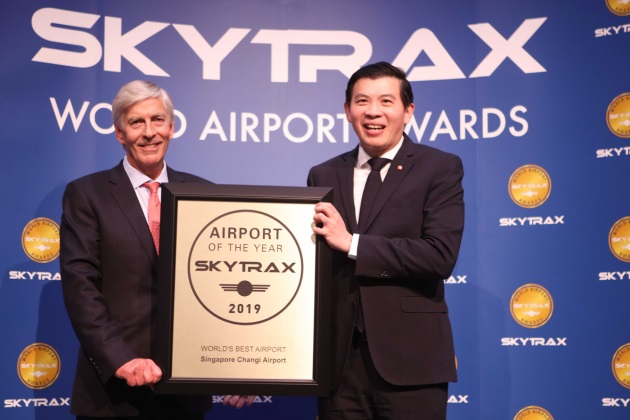 The much-anticipated Skytrax World Airport Awards have been announced for 2019 and yet again there is little change among the world’s best airports, with no U.S. airports in the top 10.

For the seventh consecutive year, Singapore Changi Airport has taken the crown as the world’s best facility.

The Skytrax awards celebrate the best in airport service and passenger experience as voted on by 13 million passengers globally who are surveyed each year.

While the top 10 list determines the overall winners, Skytrax also break down the results into airports of different sizes, and also by location.

Within the top 10 largest airports (those handling 70 million passengers or more per year), Atlanta Hartsfield-Jackson International and Los Angeles International land at positions No. 6 and 7, respectively, with Chicago O’Hare 10th.

Denver, Dallas-Fort Worth and New York JFK all feature in the top airports handling between 60 and 70 million passengers annually, while others feature in categories of smaller airports.

The most popular airport in North America is again Vancouver International, which has slipped three places to 17 in the global list.

Denver is the top-rated airport in the United States. It credits five consecutive years of passenger traffic growth as the reason for its popularity.

Yet, with Denver at position 32 in the global list, why are America’s airports again so far behind those in Asia, Europe, the Middle East and Africa?

Asia’s airports dominate the top of the list, and with so much development in the region underway — whether that be new airports, terminals or the introduction of new technology — it’s not surprising that passengers respond so positively.

What do America’s airports get right? Houston Airports System, which operates the city’s two main facilities, came in top position for its websites; and both Denver and Cincinnati/Northern Kentucky featured highly in the regional airports category. However, in other categories such as Best Terminal, Best Airport Hotel, Best Staff, and World’s Cleanest Airports, not a single U.S. facility is ranked.

A wave of development is taking place across the U.S. featuring airport redevelopments and new terminals. In the coming years, it seems likely that airports like Pittsburgh, Kansas City, Chicago O’Hare, Seattle-Tacoma and even New York LaGuardia will start featuring positively in the rankings. Patience is key, as is allowing older facilities and technology to catch up as U.S. airports recognize the importance of service, amenities and new terminals.

The final word goes to Singapore Changi Airport Group CEO Lee Seow Hiang, whose much-anticipated Jewel facility opens this year. He said, "At Changi, we are fortunate to have a large community of immensely dedicated and passionate airport workers who strive to deliver the best experiences to our passengers every single day." He added, "Their vote of confidence motivates us in our pursuit of service excellence and pushes us to continue redefining what an airport can be."