What should we do about economic inequality? 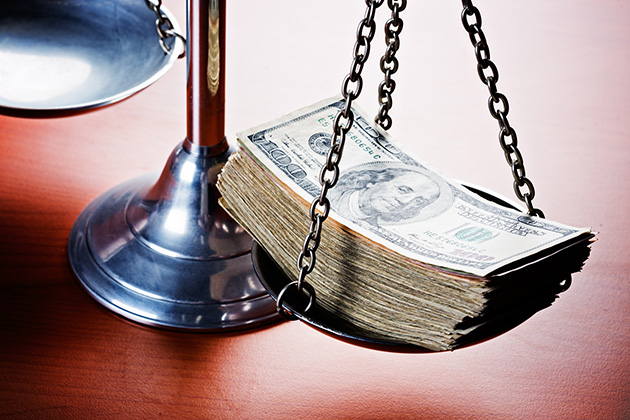 In our increasingly fractured political sphere, one of the hot-button issues is "economic inequality." Some conservatives have expressed doubt that there’s a need to reduce it — that maybe some economic inequality is necessary for growth.

That’s a minority view, however, even among conservatives. Many Republicans and almost all Democrats believe the current concentration of wealth among a small percentage of the population isn’t sustainable over the long run — that something must be done to lessen it.

Predictably, however, Republicans and Democrats have very different ideas about what that something might be.

During the two June 2019 Democratic presidential debates, candidates proposed two quite different kinds of solutions to economic inequality. The first attempts to solve the inequality problem by putting higher taxes on earnings.

From the Democratic perspective, this is a reasonable solution to inequality with a relatively simple fix. Marginal tax rates in this country have generally been considerably higher in the past, sometimes during periods of prosperity, and there’s little evidence that raising marginal rates would negatively affect the economy. Additionally, the current capital gains structure advantage wealthier Americans who can afford to invest, an inequality epitomized by Warren Buffett’s famous remark that his tax rate is lower than his secretary’s.

From a conservative perspective, however, higher marginal rates on earnings and/or the elimination of preferential long-term capital gains rates are also relatively easy to criticize: they are a potentially punitive “soak the rich” tax that might appeal only to lower-income citizens who are disproportionately Democratic voters.

Although polls currently show support for raising taxes on the 1%, Americans are famously aspirational. I have a friend who works at Walmart who favors getting rid of inheritance taxes, apparently in the hope that he’ll be able to leave his children a tax-free inheritance of millions!

The other Democratic tax solution is a tax on wealth, rather than earnings. Most proposals for a wealth tax propose a 1 or 2% annual tax on net worth of $50 million or more. Both Elizabeth Warren and Bernie Sanders have expressed an interest in this tax for several reasons.

Warren’s plan would also raise the tax to 3% on wealth exceeding $1 billion. The particular advantage of this tax is that it drives a lot of revenue. While there’s predictably a lot of disagreement about how much, it could be as much as $2.75 trillion over 10 years — possibly enough to both fund Medicare for All (another Democratic initiative) and restore our failing infrastructure.

A wealth tax also attempts to answer the Republican charge that higher taxes on earnings disincentivize entrepreneurs, with the possible result that both innovation and employment could suffer.

A wealth tax doesn’t tax what you earn, only what you’ve already acquired, which is slightly different. If your wealth drops by a percentage point every year, it might incentivize you to earn more to restore it.

Surprisingly, some of the wealthiest persons in the country, billionaire Republicans among them, have advocated for a wealth tax, saying in effect, "We don’t need this much money." Some liberals, on the other hand, oppose the tax for two reasons.

First, they argue, there would almost certainly be a constitutional challenge to such a tax, which means that even if enacted it would provide no additional funds for an uncertainly long period as the challenges made their way through the courts, eventually to the U.S. Supreme Court, where a conservative majority would possibly not favor the tax. The other problem, as they see it, is that appraising wealth isn’t straightforward to begin with and the wealthiest taxpayers have the most formidable legal and accountancy resources to fight every appraisal. Collection could be expensive, difficult and uncertain.

Liberals may assume that most Republicans oppose schemes to lessen inequality. Certainly some do and believe that poverty results from individual laziness and bad choices. But a 2014 Pew poll determined that two out of three Americans think the income gap is worsening and that government intervention is necessary.

That majority has to include a sizeable number of Republicans. It is well-known Republicans like Ted Cruz and Rand Paul more than Republican voters who oppose federal remedies. And some Republican leaders have no objection to federal intervention, so long as "it isn’t a handout."

What they favor instead is encouragement of entrepreneurship and individual initiative. What they oppose is "crony capitalist policies that benefit the powerful and politically connected," among them various tax breaks, overly restrictive intellectual property laws and a safety net that extends to Wall Street but not beyond.

Concrete Republican plans for achieving these ends include:

Several politically neutral think-tanks agree with the inequity of the mortgage interest deduction as it now stands, and most Democrats also agree that working Americans are served badly by the many tax credits available only to upper-income families. They might welcome some Republican proposals to extend tax credits to more working-class Americans.

But most Democrats have reacted negatively, to say the least, to most of President Trump’s efforts to reduce federal regulations, particularly those that have protected the environment. While almost everyone agrees that some areas of American life are overly regulated, there is less agreement on what to do about it.

Can We Agree on Anything?

It’s widely acknowledged that the degree of partisanship in politics that exists in 2019 has sharply limited Congress’s ability to legislate even relatively obvious solutions to inequality. There is no immediately evident solution to that problem.

While solving inequality isn’t strictly a zero-sum game, potential losers have lobbyists and Washington’s lobbyists are numerous, well-funded, energized and informed. There’s no near-term solution to that problem either.

The best that can be said about solving economic inequality in America is that while solutions are scarce, increasingly Americans want to do something about it. If past is prologue, my opinion is that eventually something will be done, but the solutions are more likely to be multiple small-scale remedies than comprehensive visionary reboots of the system and will come long after the need for change has been recognized and almost certainly not before the 2020 U.S. elections.