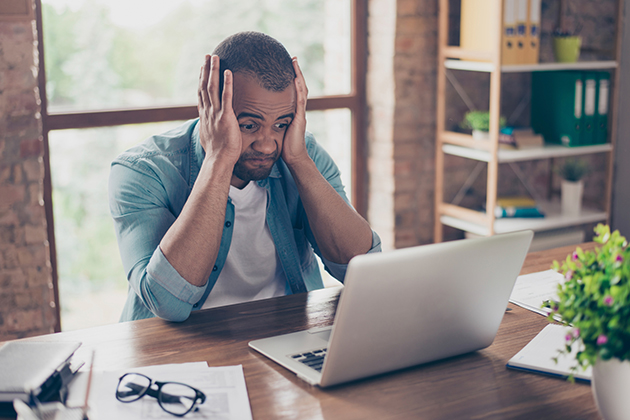 By the end of the year, you can expect 3 in every 10 internet users to have an ad blocker installed, according to 2017 eMarketer data.

For now, men between the ages of 18 and 34 are the largest demographic using ad blockers, according to 2016 Interactive Advertising Bureau research — though the top reasons why may surprise you. Most people use ad blockers because they believe the site is easier to navigate and loads faster without ads.

In essence, it's not that people hate ads. It's that they get annoyed when advertisements disrupt their experience. Think of ads that you must endure before watching a video, scroll through to access the rest of your article or close out of as you try to focus.

The more ads interrupt, the more users resent them. That's one reason many users are increasingly bothered by ads on social. In the last 12 months, 27 percent of people developed a worse opinion about social media advertising, according to 2018 Sprout Social data. More than half of those people said the biggest reason for this was because they saw too many social ads.

In fact, 56 percent of millennials and Gen Zers cut back or stopped using social media directly because of the advertisements, found a 2016 Harris Poll Study.

But with all the data (and people) on social media, it doesn't make sense to simply stop advertising. Advertisements and sponsored posts often seem like the only way to reach your social audience anymore because the number of people who see your organic posts continues to drop.

Instead of abandoning social ads altogether, it's about winning back your audience on social media and giving them what they want from social ads.

How to make social ads people will actually like

All data, unless otherwise specified, is from 2018 Q1 Sprout Social research.

Video: 83 percent of people want to see more video ads, while 58 percent would also enjoy more GIFs. Text and image-based ads are easier to make but will cost you with low ROI and engagement in the long run.

Entertainment: People are on Facebook to have fun and kick back! So, join the party. 41 percent of people say the most engaging ads are the ones that entertain them. If you want to catch (and keep) your audience's attention, go outside your comfort zone and experiment with humor.

Promo codes: Or play it safe and share a discount code! 37 percent of people voted this tactic as the most engaging ads. Who doesn't love a coupon?

Education: Finally, in third place is education. Again, if your ad can teach or enlighten your audience, then it feels less like a disruption. Share how you use your product. Do a demo. Deliver a piece of content that adds value.

Soft call-to-action (CTA): Stop right there. Don't set "Buy now!" as your CTA. It's too aggressive for people who are just scrolling through their social feed. But 65 people of people will tap "Click to learn more."