What makes a space gender neutral? 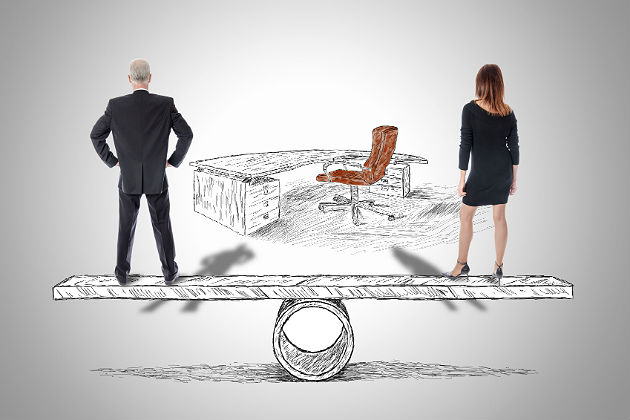 Call it gender equality, gender parity or gender neutrality. As more and more women ascend to professional and leadership positions, businesses and organizations have striven to create cultures and provide environments that accommodate both sexes without favoritism. What often is lacking in these efforts is a clear vision of what constitutes gender equality or neutrality, especially in the design of the physical environment.

Some recent studies offer guidance on factors that can affect perceptions of gender neutrality.

From colors to spatial relationships, thermal comfort to navigation and wayfinding, much research has been conducted on how men and women perceive and react to the physical environment differently. These studies point out ways that designers can try to accommodate the needs or preferences of each sex, such as using more "neutral" colors, providing personal comfort controls, integrating multiple visual systems for navigating and wayfinding, and allowing individuals to personalize their space.

Because it is not always feasible or possible to achieve complete parity, in practice the determining factor usually turns out to be whether more men or women will use the space or — in the case of retail, bars and clubs — whether a business seeks to appeal more to one sex than the other.

Other times, the solution may be to provide gender-specific "separate but equal" facilities, as in spas and sports clubs. Some hotels now offer "female-friendly" areas (such as an entire floor) to appeal to women traveling alone. They offer 24-hour manned service desks, well-lit entrances, secure floors and extra-secure room doors and windows, as well as amenities such as quality hair dryers, slippers, women's and lifestyle magazines, and a selection of herbal teas.

In order to counteract what have been predominantly male-oriented cultures, some businesses and organizations have made a conscious effort to create more female-friendly environments, including the use of more "feminine" colors, furnishings and accessories for women's offices and public areas.

A recent study of gender and equality in the workplace by the Centre for Workplace Leadership in Australia found that while that approach works well in some organizations, it may cause problems in others — particularly in in male-dominated industries such as science, mining and engineering.

"This focus on creating a positive environment for women may result in a failure to attract and retain high-quality male employees," the report states. Equality, it concludes, needs to be viewed more broadly as creating a work environment for both men and women.

Research conducted at Washington University shows gender stereotypes embodied in the physical environment can affect an individual's sense of belonging and his/her ability to function well in that environment. They discovered female high school students were significantly more likely to show an interest in signing up for a class in computer science when shown a photograph of a gender-neutral classroom than when shown a photograph of a stereotypical, male-oriented classroom.

Similarly, an investigation of workplace inclusiveness in architecture firms conducted by Karen Rust, a second-year master's candidate in the architecture program at the University of Illinois at Urbana-Champaign, identified changes in an office's physical environs that can substantially improve the comfort level of all employees, but especially female employees, by being gender-conscious rather than gender-friendly.

These include safe and accessible siting (safety is a key concern for women in any environment), open space design (to encourage collaboration and eliminate hierarchical disputes over office space), designated nursing areas, and remote access (to work offsite and flexible hours).

Canadian office design firm Mayhew recommends "being careful about the types of chair designs chosen, so as not to make any individual uncomfortable. (For instance, a woman in a skirt may feel awkward when seated at certain levels.)" They also advise movable and adaptable office furniture, and accessible but private unisex bathroom facilities with amenities for both men and women.

Gender differences, although not categorical, do exist. The solution to gender neutrality, research shows, lies not in trying to balance gender stereotypes, but in respecting and meeting the basic human needs of each sex.