What leaders can learn from their mistakes 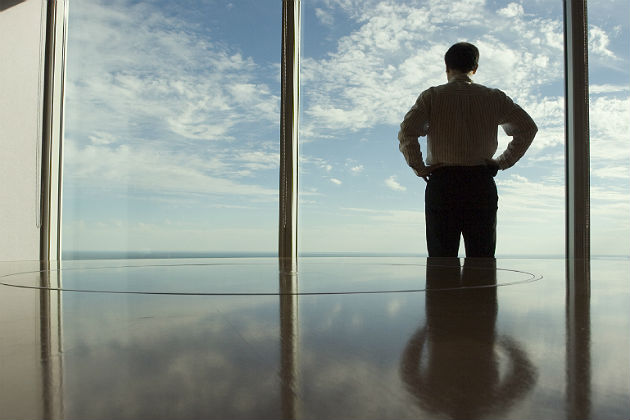 Did you ever make a mistake, then hide the fact that one was made?

Leaders often insulate themselves from others when they do not want admit to a mistake. In fact, many leaders do not want to learn from their own mistakes. Ultimately, this problem will crescendo out of control, and the leader may never recover from his or her mistakes.

Here are four tips that can help all leaders learn from their mistakes.

All leaders at one time or another will make the mistake of trying to manage every aspect of the organization. Micromanagement comes from the fear that no one else can get the job done. Leaders who micromanage become so overwhelmed that eventually they cannot handle the day-to-day functions, because they are too busy trying to do everything.

A good example of this was the head director of a Department of Army (DA) organization where I was a first-line supervisor. This director was so insecure that he had to micromanage his direct reports.

His micromanagement went so far that all employees had to report what they were doing during their lunchtime. We only had a half-hour for lunch, and this was an unreasonable request. The employees complained, and eventually the director backed off on this particular request.

Leaders should learn to delegate some of their responsibilities. This will not only help the boss, but also will give the staff room to show what they are made of. This is a win-win situation for all within the organization.

Poor communication is one of the most contentious mistakes a leader can make. This one area can be costly to all concerned. A leader must be able to convey what exactly is required.

In the DA organization where I was a supervisor, this was a big problem. I made it my goal within my branch that I would communicate properly. I strived to ask the right questions when I did not understand what another was stating. I made sure that when I went back with the assignment from my boss that my people could carry it out with little or no additional information needed.

My employees were not afraid to ask questions of me. If I did not have the answer, I would find out and respond back in a timely manner.

Leaders should not be afraid of listening to what their people are asking or saying. Better communication means a better run organization.

Some leaders are afraid of growing the talent right in front of them.

My division chief at the DA organization led by example. He made sure I would get my people some type of training. Oftentimes, there was little to no money available. However, I asked my people to look at free classes and other opportunities that were available, including cross-training in other branches within the organization.

In fact, I had a great opportunity to spend three months in Washington, D.C., for leadership training several years ago. The director at the DA organization was immediately opposed, because he was not open to any of his supervisors leaving for so long of a period.

However, I did my research, I followed the proper protocols, indicated the DA would be paying for this training, and I had a good employee who would fill in for me while I was away. The director finally agreed based upon all facts being properly documented, and I was able to go to D.C. and participate in this training opportunity.

Showing lack of respect is the gravest mistake any leader can make. Leaders who have no respect for others have no respect for themselves. They will take it out anyone they can. This can be costly for not only those individuals, but also for the organization.

Leaders who have no respect for others will quickly lose respect from others. No one wants to work for this type of person. This is a type of poison that can quickly spread throughout the organization and can even bring it down.

These types of leaders need to be quickly taken out the organization in order for it to survive. Leaders have a responsibility to show respect to all, and this should become a habit. They need to make sure that they also respect themselves, their talents and their gifts.

Finally, we all make mistakes. Our role as leaders is to make sure we understand that a mistake was made and to learn from it. Leadership expert John Maxwell says it best, "A man must be big enough to admit his mistakes, smart enough to profit from them, and strong enough to correct them."