What is your company’s culture? 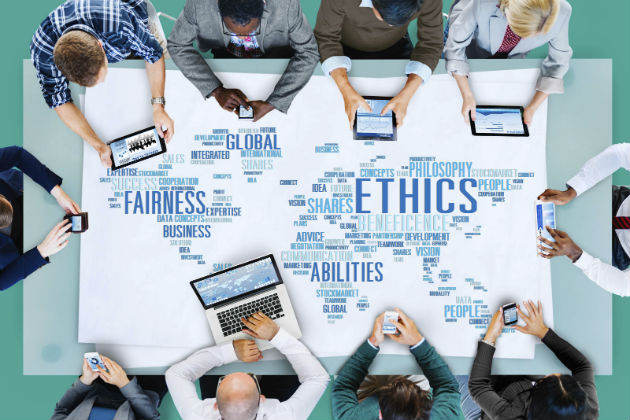 Every organization has a corporate culture, defined by Harvard professor James L. Heskett as "the way we do things around here." Herb Kelleher of Southwest Airlines describes culture as "What do we want to be?"

Perhaps culture is how we add value. One definition is inadequate, but clearly culture is more important to the health of an organization than strategy, market share, patents or trademarks.

Furthermore, the appraisal of corporate culture from senior management is frequently far different from the opinions held by people further down in the corporate ladder. Senior management may try to instill a values-based culture in which workers are trusted to do the right thing because they understand the corporate values. However, employees may not see it that way.

In one survey, over half of the employees saw their company culture as top-down, with many rules and a mixture of carrots and sticks. Within the top-down group, nearly half of the employees said they had observed unethical behavior within the past year, compared with about one quarter in other types of organizations. While more than 40 percent of bosses believe performance rewards are based on values rather than financial results, only 14 percent of employees agree with this.

As we consider corporate culture and its influence on the workgroup, I will discuss organizations I have worked with as a consultant. No company names will be mentioned, for obvious reasons.

Enemies of a strong corporate culture

The following are the enemies of a strong corporate culture, which we will describe in more detail below:

A culture of isolation

Some organizations, either because of insecurity or arrogance, retain a culture of secrecy and extreme isolation. Executives are discouraged from attending meetings with competitors, fearing that confidential information may be exchanged.

I once visited a plant of a grocery product manufacturers to discuss a consulting project. When I produced a tablet and pen to take notes, I was informed that note taking was strictly prohibited, and I would need to rely on my memory to record the proceedings of that meeting. Unsurprisingly, this was the first and last meeting held with that potential client.

In another case, executives from two global companies phoned a warehousing executive to complain that they were prohibited from attending the business sessions at the trade association convention because those proceedings were confidential. Another trade group allowed shippers to join and attend, but it excluded carriers. An outgrowth of these two cultures of isolation was the establishment of two professional societies that allow any interested party to become a member and to share ideas with other members.

Two organizations in related fields are occasionally in competition. One of them has had the same chief executive for little more than three decades. The other group has had five CEOs during the same period, and each has cleaned house by replacing most of the staff. Unsurprisingly, if there has ever been a corporate culture, it has changed with the replacement of each leader.

My consulting career started by working for the consulting division of a multinational audit firm. When I received an inquiry from a financial institution, my boss (partner in charge of consulting) pointed out that a financial competitor was an audit client, and we could not handle the assignment without first gaining permission.

The chief executive of the financial group was a friend, and I met him for lunch to ask whether he would object to our bidding on this assignment. He responded by saying that his company never used consultants, primarily because they were far ahead of their competition and would not want to share their knowledge with outside parties who might take their ideas to competitors.

A few years later, that financial institution was merged into a larger one, and the executive lost his job.

One chain retailer is focused on growth. The company leaders rarely consider training programs, primarily because of the culture of the chief executive. His approach to the business is to attract highly talented managers who will not need training because they are already fully educated. There is constant turnover of senior management within that organization, primarily because of a Darwinian culture that starts at the top — only the strongest executives survive in this "churn and burn" environment.

At the other extreme, I have worked with organizations where growth is discouraged, and the goal is to not rock the boat. The corporate culture is to avoid surprises, and the executive who innovates or takes risks usually has a short career. Others leave because they are frustrated by a stagnant culture.

An executive with a national chain of public warehouses designed an 11-point "house in order" credo, which was on the back of each business card and displayed on the wall at each warehouse location. One manager who was unable to identify any one of the 11 points in the credo was terminated.

Southwest Airlines runs a test to be certain that each new hire has a sense of humor. Kelleher, Southwest's former CEO, described the company as "a customer service organization that happens to run an airline."

The executive who presided over one of America's largest insurance organizations proclaimed that "every company needs a vice president for revolution." He fostered a culture of innovation in an industry that is not noted for revolutionary change.

A multicity restaurant operator with several hundred stores maintains a culture based on corporate loyalty. When management determined they needed an executive to specialize in logistics, they chose a dock foreman with no college education and retained consultants to help the newly minted manager be successful. That manager has made great progress, and I believe he will remain with that company until retirement.

Metrics, or lack of them

When a colleague tells you business is terrific, have you ever asked: "How do you know?" or "Compared to what?" Many industries engage in financial benchmarking through their trade associations. They retain an outside consultant to collect financial figures from a significant portion of their membership.

The analysis from the consultant results in financial statements. One is an industrywide collection expressed in percentages rather than numbers. The second, submitted only to each individual who participates in the survey, is a comparison of the individual company with the industrywide standard.

In the absence of this kind of analysis, it is difficult or impossible to know if your business is really terrific, or if you are leaving money on the table when your results are compared to an industry standard.

Do you have any clients who came to your company because they were referred by another customer? In his description of corporate loyalty, consultant Frederick Reichheld claims the most important survey question to ask clients is: "Would you refer our company to a friend who needs similar services?" This is the ultimate test of a truly loyal client.

Do you have workers who joined your team because a friend recommended they work for your company? Good employees will never recommend a bad worker, and those who come because of referral are likely to stay. Employee turnover is a major cause of waste in nearly every industry. Successful referrals are one of the best ways to reduce that turnover.

Retention is another way to measure employee turnover, or lack of it. Employee retention is possibly the most underutilized metric in industry. Admittedly, some businesses have an unstable environment where turnover is inevitable.

When an advertising agency or a public warehouse loses a large client, layoffs are necessary because of a significant decline in revenue. At the same time, when an industry (such as long-haul trucking) consistently reports driver turnover of over 100 percent, this is good evidence the job is considered to be unattractive.

Retention of clients is the result of good relationships. Therefore, one of the best ways to measure the strength of a company is to determine the length of time they have served their most important customers. A fast-growth company will necessarily have many new clients, but a slow-growth company that is churning customers probably has a toxic culture.

Returns to labor are measured by the perception that the company is a great place to work. Here are some questions that will tell whether the corporate culture influences behavior of most employees:

If you are a chief executive, what steps can you take to change the culture? Change starts with perceiving the need to do something different. It continues with your ability to take responsibility for the change. You must welcome proposals for change and supervise their implementation. Finally, skeptics or nonbelievers must be either converted or terminated.

As suggested at the beginning of this article, the ultimate strength test of a corporation is the attitudes of most employees. If they don't recognize a corporate culture, perhaps no culture exists. If a culture is recognized and most employees don't believe in it, there is an even greater problem.

The best way to find out how your people feel is to conduct a survey. The most accurate feedback happens when outside professionals run the survey with a guarantee of anonymity.