What educators need to know about cluttering 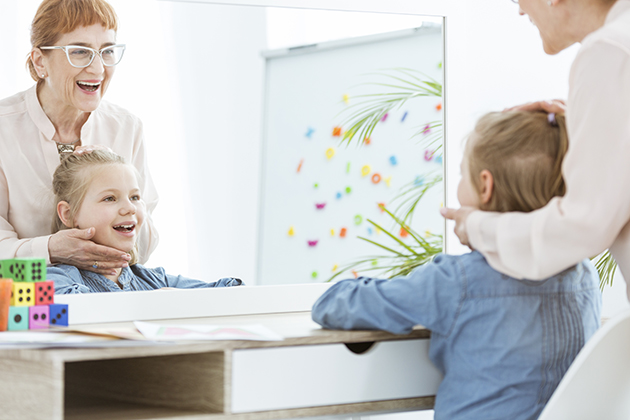 Valerie Savana suffered low self-esteem throughout her school career largely because classmates and even teachers stopped listening when they couldn't understand her fast-paced, irregular speech.

This continued to affect her professional and personal life as an adult. Recently, she began speech therapy and discovered that reason for her confusing way of speaking was little-known disorder called "cluttering."

"When I spoke fast, I could tell or sometimes I was told that people couldn't understand what I was saying so basically they stopped listening," Savana said. "This caused me to not reach out, chase my dreams nor challenge myself because I thought people saw me as stupid. It added to my already shy nature, and I crawled deeper into my shell."

Fortunately, Savana now takes therapy with a speech-language pathologist where she has begun to relax and make changes to her way of speaking. Learning that successful and well-known people also have cluttering and other speech problems has helped to reassure her.

Savana strongly believes that educators need to know about this disorder so young people who clutter can receive professional help at an early age.

In an exclusive interview with MultiBriefs, speech-language pathologist Sarah Penzell, clinical supervisor and faculty lecturer in the Northwestern University Department of Communication Sciences and Disorders, shares pertinent information on cluttering — a disorder that is often underdiagnosed or misdiagnosed. Penzell's background is in acquired neurogenic communication disorders, fluency and fluency disorders, transgender voice and communication and accent modification.

How can cluttering be problematic in an academic environment?

How can teachers identify potential students who clutter among their students?

SP: Students who clutter may be difficult for teachers to understand. A hallmark characteristic of cluttering is a fast and irregular rate of speech, which may sound like quick bursts of speech with pausing at unnatural junctures.

A teacher may also observe the student having difficulty with producing multisyllable words, and words may sound collapsed with some sounds missing from the words. There may also be stuttering or stuttering-like characteristics of speech, including repetitions of words and phrases, incomplete words and revisions, and excessive use of interjections or filler words or phrases such as, "um," "like" or "you know."

When recounting a story or expressing thoughts and ideas, students who clutter might sound like they are somewhat lost and talk around the topic sounding generally disorganized with tangents and starting over interfering with getting the message across.

Additionally, limited insight into difficulty and inability to self-monitor speech and language may be observed. The student may not appear to recognize the difficulty that others are having understanding them, which can be quite different from some other speech-language disorders in which the student may be highly aware of deficits or difficulty.

Once identified, what steps should teachers take?

SP: If a teacher suspects that a student clutters, a recommendation for a referral to a speech-language pathologist for an evaluation should be made and parents informed about the communication concerns.

Are all speech therapists trained to help people who clutter, or do they need to see a specialist?

Alternately, a school speech-language pathologist can pursue continuing education and training opportunities in this practice area or can reach out to fluency experts for guidance through the American Speech-Language-Hearing Association (ASHA), the American Board of Fluency and Fluency Disorders or The Stuttering Foundation.

What amount of time in speech therapy is usually necessary for a young person who clutters to make improvement?

SP: There is no single prognosis for students who clutter. Response to speech-language therapy will vary among individuals. Factors for making progress may include motivation, insight into difficulty, ability to self-monitor speech and language, support of those around the student, as well as other factors.

How common is cluttering?

SP: More comprehensive research into incidence and prevalence of cluttering is needed to collect accurate data. Collecting data on cluttering is difficult because it is not a common disorder, and it is often underdiagnosed or misdiagnosed. Accurate diagnosis is complicated by unfamiliarity with the disorder on the part of some clinicians and because it often co-occurs with other conditions and disorders.

In turn, approximately one-third of children and adults who stutter also present with at least some components of cluttering according to consistent estimates by experts in the field as reported on the ASHA website.

SP: Both children and adults may clutter, but we don't have data about the distribution. There are some co-existing conditions/disorders that are associated with cluttering including stuttering, attention problems, learning disabilities, CAPD, Tourette syndrome, Asperger's syndrome/autism spectrum disorder, apraxia and coordination problems.