What does Apple-FBI battle mean for future criminal cases? 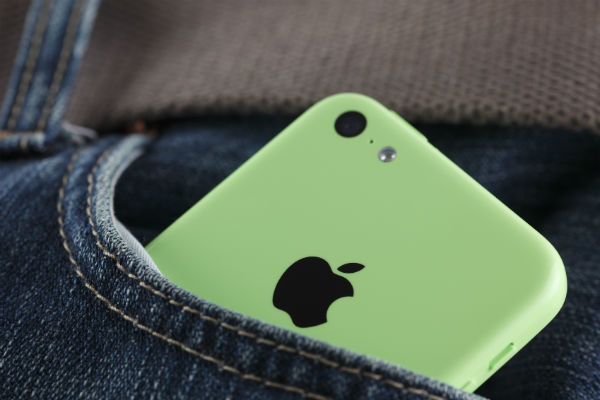 The showdown between the FBI and Apple has become a dizzying kaleidoscope of issues reaching from the campaign trail to office cubicles around the country.

Apple's apparent unwavering stance, coupled with the FBI and the feds insisting upon opening the locked cellphone in the name of national security and counterterrorism, has resulted in Congress stepping in like a referee in a heavyweight title fight.

The dispute could affect privacy, security and safety in the

Professor Christopher L. McFarlin, who specializes in law enforcement and the criminal justice system at the American Public University System's

"One of the basic foundations of Fourth Amendment jurisprudence is the right of people to be secure in their persons and property from unreasonable government intrusion," McFarlin said. "The decision as to whose interests are more compelling is resolved by performing a balancing test whereby the reasonable privacy interest of citizens and their right to be secure are weighed against the needs of the government, i.e. law enforcement, to protect society.

"There is a paradoxical nature to the relationship between Apple and the FBI in that both want to keep citizens safe, but they want to take different roads to get to the same destination."

The Dec. 2 terrorist attack in — left 14 people dead and 22 injured. Investigators are trying to gain access to data on the iPhone used by one of the attackers. But after several failed attempts by FBI personnel to hack into the password-protected device, they turned to Apple for help.

Apple CEO Tim Cook, who likens creating iPhone-cracking software to cancer, says forcing his company to disconnect a password protection feature would compromise the privacy and security of hundreds of millions of customers. Cook and privacy advocates are concerned that if lawmakers side with the FBI there may be a dangerous precedent that follows.

"If a court can ask us to write this piece of software, think about what else they could ask us to write — maybe it's an operating system for surveillance, maybe the ability for the law enforcement to turn on the camera," Cook tells ABC News. "I don't know where this stops. But I do know that this is not what should be happening in this country."

This week, U.S. Attorney General Loretta Lynch challenged Cook's argument, noting that the tech giant assisted the government in similar cases in the past but has pushed back in this case.

Whether you're in the Apple camp or an FBI backer, the encryption case is likely going to set legal precedent. But why is the information on this iPhone 5C — which was shooter Syed Rizwan Farook's work phone from the San Bernardino County Department of Health — so important?

A recent Los Angeles Times article, titled "Apple-FBI battle over San Bernardino terror attack investigation: All the details," explains: "Investigators are hoping the data on the iPhone will help answer several questions that have persisted since the shooting. It remains unclear why Farook left a bag with several pipe bombs in the conference room where he and his wife opened fire, why the bombs were not detonated, or if the couple were plotting other attacks."

According to McFarlin, who has more than 15 years of experience across all components of the criminal justice system, from serving as a detention and law enforcement officer to being a state prosecutor, criminal defense attorney and judge, the data lifted from a locked phone can be crucial to thwarting future criminal acts or wrapping up a pending case.

"The types of evidence most commonly captured from cellphones are pictures, the dialogue of texts, emails and other communications, as well as personally stored data on the device," he said. "In some instances the device itself can become physical evidence, but typically it is the contents which are of evidentiary value. ... Information is also commonly used to prove criminal associations and activity as well as knowledge which can help prove and determine degree of culpability in criminal matters."

The big problem in this case is the gray area that exists in interpreting outdated laws that don't really take into account the situations of our current digital age. McFarlin says the best solution, ultimately, will be new laws that govern this modern technology.

"Future decisions about this particular issue, as well as ones similarly situated, have the potential to forever impact and change the landscape of criminal investigations in the digital age for law enforcement at any level," he said. "Given the far-reaching implications of this decision, the growing dependability on cellphones and other electronic devices, as well as the likelihood of similar litigation, this is most likely an issue for legislative correction and not repeated and cumbersome judicial interpretations of existing laws."

Yvette Craig is a reporter/editor living in Dallas. The Milwaukee native has worked for newspapers across the country covering various beats including law enforcement, education and the homeless. A senior content editor for MultiBriefs, she believes she was born to be the "voice for the voiceless" through her writing.