What can pharmacists learn from this robbery story? 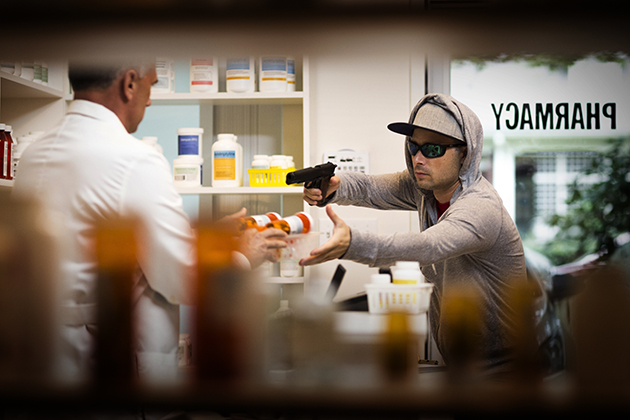 It was a chilly 19 degrees outside — normal for late December in Akron, Ohio. Akronites accept this frosty climate. Their winters are generally cold, but sitting 40 miles south of Lake Erie they see less snow than the northern areas of the state's "snow belt" region.

Akron is the fifth-largest city in Ohio and home to the famous and international nonprofit Soapbox Derby, an annual event organized to encourage youth to consider STEM careers. Referred to as the "Rubber Capital of the World," Akron once was the home for four major tire manufacturers and a thriving economy.

Today, Akron boasts a less glorious title as the "Meth Capital of Ohio," ranking third in the nation for the number of discovered "meth sites" (locations where methamphetamine equipment is found).

On Dec. 30, the city of nearly 200,000 people was going about business as usual. Some were, undoubtedly, preparing decorations to celebrate the New Year with friends and family. Some were planning meals, searching the aisles of the local Acme Fresh for snacks and refreshments.

And still others — three other males to be exact — were planning to rob a local drug store known Highland Square Pharmacy on West Market Street in Akron.

Highland Square Pharmacy appears to have been a well-respected and beloved independent pharmacy in the community. Google reviews include patient comments like "This place makes you feel like home," and "They care more about the customer than their pockets."

In fact, Maegan Lowe writes, "This is by far the best pharmacy I have ever used. It may be small but they are fast and efficient, and they do it with a smile. They are like a little family in there and they know you when you come back. My kids enjoy going with me to fill prescriptions, they always greet them with candy and enthusiasm! I hope they never leave!"

But at 9 a.m. on Dec. 30, shortly after opening, three men entered the pharmacy with no love for the business, the employees or the patients they serve. They came to steal drugs.

They rushed in and, according to one employee, were "wearing all-dark clothes and covered faces." Two of the three men leaped over the pharmacy counter shouting, "Don't move!" as they pulled out bags they intended to fill with prescription narcotics.

But they never expected what happened next.

The pharmacy owner reached for his own 9 mm handgun and, in an act of self-defense, opened fire. The would-be criminals turned and ran. One, however, felt the sharp pain of bullets flying through his arm and chest. The assailants managed to make it down the street to their getaway car and sped away. Police arrived soon after.

However, the wounds inflicted were too serious to ignore, and the shooting victim checked himself in at Summa Barberton Hospital several minutes later where he was both treated and, it appears, arrested. The other assailants are still at large.

This story raises many questions for pharmacists today. Law enforcement unanimously recommends cooperating with criminals to minimize the risk of injury. Drugs can be replaced, lives can't.

In fact, there was case against a pharmacist who shot and killed an unarmed teenage robber in Oklahoma City in 2009. The pharmacist is currently serving a life sentence and not eligible for parole until 2049.

No doubt this will continue to be an issue in 2018, and maybe even more so as nonviolent access to opiates is reduced due to greater utilization of prescription monitoring programs. Pharmacists need to be aware of this possibility, ensure the use of adequate security systems and technology and prepare a safe response.