What are your hunting goals for 2020? 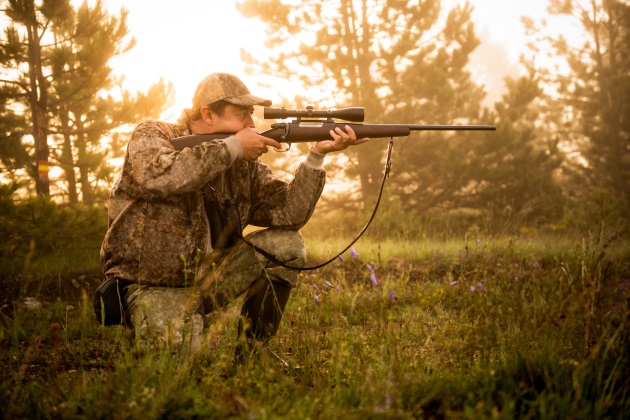 Now that hunting season is (for the most part) in the rearview mirror, this is a good time to think about your hunting goals for the new year. Specifically, application season is rapidly approaching for most Western states. This is also the prime time of year for booking outfitted hunts in the United States and overseas.

As far as hunts out west go, it’s important to understand that getting a good tag in many Western states isn’t as simple as going out and buying a hunting license at a sporting goods store. In contrast to most of the Eastern states, most states out west issue the majority of their deer, elk, pronghorn, moose, mountain goat, and sheep tags through some sort of a random draw.

This method of tag allocation often applies to fully guided as well as self-guided hunts. So, you’ll still probably need to draw the necessary tag even if you’re planning on an outfitted hunt. That said, some states like Colorado, Idaho, and Wyoming do sell limited numbers of deer, elk, and/or bear tags over the counter.

Depending on what and where you want to hunt, drawing a tag can be range from pretty easy to virtually impossible. For instance, pronghorn tags in many Wyoming units aren’t hard to come by. On the other hand, it’s a whole lot tougher to draw a pronghorn tag in Arizona or New Mexico.

So, how do you sort through all of this information?

If you want a guided hunt, the outfitter will probably help you with the application. Things are a little tougher for those interested in a self-guided experience or for those who want an outfitted hunt at some point in the future and haven’t selected an outfitter yet.

The good news is that there are a bunch of different companies out there that provide useful information on how to find and draw the right tag for you. I personally use goHunt and really like the service they provide, but they’re far from the only option out there.

If you’re interested in going on one of those hunts in the future, start doing some research now in order to reduce the chances of getting in a bind later. Check out some state fish and game websites (Wyoming’s site is especially useful) to learn about the opportunities available in various states and explore a few tag application and research services to find one you like.

In addition to application season, January, February, and early March are also prime months for booking hunts in the United States as well as overseas. Those months are also the slow season for hunting outfitters all over the world.

For that reason, most of the big outdoor shows take place during those months as well. For instance, the Dallas Safari Club Convention is scheduled for Jan. 9-12 in Dallas and the Safari Club International Annual Convention takes place Feb. 5-8 in Reno.

Don’t think that these events are just for those interested in an African hunting safari, either. While there are always plenty of African outfitters at those shows, outfits from all over the world attend as well and there is no shortage of companies from Argentina, Australia, Canada, Europe, New Zealand, and the United States.

With that in mind, there is something for almost everyone at the big conventions. So, regardless of whether you’re interested in a red stag hunt in Argentina, a moose hunt in Alaska, a tahr and chamois hunt in New Zealand, an elk hunt in Colorado, a bear hunt in Canada, an African safari hunt, or something else, you’ll probably find something you like at one of the big outdoor shows.