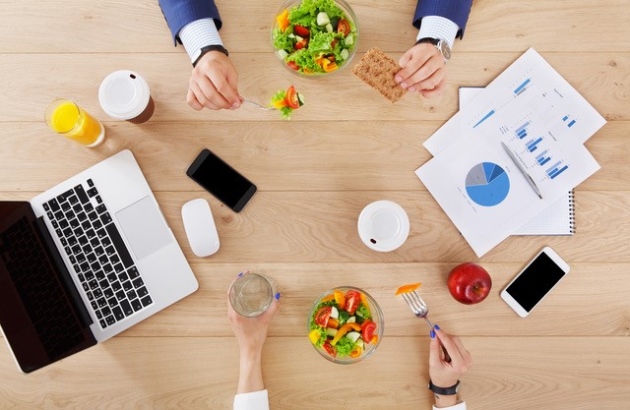 On a recent podcast, billionaire Jack Dorsey, CEO of Twitter and Square, shared several of his wellness habits, including how he only eats one meal per weekday, fasts all weekend, and alternates between saunas and ice baths several times each day.

However, wellness experts Addie Greco-Sanchez and Lynne Everatt, co-authors of "The 5-Minute Recharge," believe that some of Dorsey’s habits may be harmful and isolating.

"Eating once a day with a strict composition of food — protein, green veggie, glass of red wine and a piece of dark chocolate — and not at all on weekends, makes communal eating challenging," says Greco-Sanchez. Sharing food is a way for people to connect.

Of particular concern to Greco-Sanchez and Everatt is the fact that Dorsey is typically alone. Everatt notes the following:

"He’s running two companies, and given his jobs and his wellness experimentation, there isn’t much time left in the day to cultivate close relationships, which are a critical ingredient of wellness," Everatt says.

While Dorsey walks to work alone for over an hour, many people drive alone for the same period of time, and they also exercise alone and meditate by themselves. They may also eat meals on the run or while seating at their desk. So, they may not see anything wrong with his practices. But just because you can relate to Dorsey’s practices doesn’t mean his habits are healthy.

"The Blue Zones, pockets of well-being around the world where it’s not unusual for people to live to be 100, all emphasize a sense of community and connection," Greco-Sanchez says. "And the Harvard study of adult development has been studying what makes a good life for over 80 years, and the main conclusion is that relationships are key."

In fact, she says that people who have good relationships at 50 are most likely to be healthy into their 80’s. "Jack Dorsey is 43. He still has time to build strong relationships," Greco-Sanchez says.

First and foremost, Everatt recommends getting at least seven hours of sleep each night — and, ideally, she says you should get eight hours.

"Next in order of importance is maintaining close face-to-face relationships," she says. "A hiking badge from a fitness device doesn’t have the same wellness impact as a high-five and hug from a friend."

Speaking of hiking, she recommends walking (preferably in nature) whenever possible. "Our bodies were designed to move and when we don’t move, they start to power down, making us more likely to feel down." And don’t underestimate the value of sweating. "Sweat is a miracle drug — take it as often as possible."

Reflection is another wellness habit that Everatt recommends. "Even if it’s just five minutes of breathing with your eyes closed or writing three bullet-point highlights from your day in a journal."

On the topic of breathing, Greco-Sanchez recommends a Navy SEAL tactic that can trigger relaxation, even in tense situations. It’s called box breathing. "Simply breathe in to a count of four, filling your chest and making your belly rise with a deep breath, hold for a count of four (don’t clamp down on the back of your throat, just hold the breath in lightly), exhale for a count of four and hold once again for four before beginning another box."

But if you start to feel lightheaded, she says your box may be too big. "The beauty of the box breath is that it signals both body and mind to relax." This is one wellness practice that she says doesn’t require you to read scientific studies to see if it works.

"Try it yourself and notice how it makes you feel," Greco-Sanchez says. "Do it often, even in low-pressure situations, because one of the problems with the fight-or-flight response is that it puts your brain in a vise and makes it difficult to think." So make this a habit: unless you box breathe every day, she says you’ll forget to do it when you need to the most.