Weed candy is sending more children to the hospital 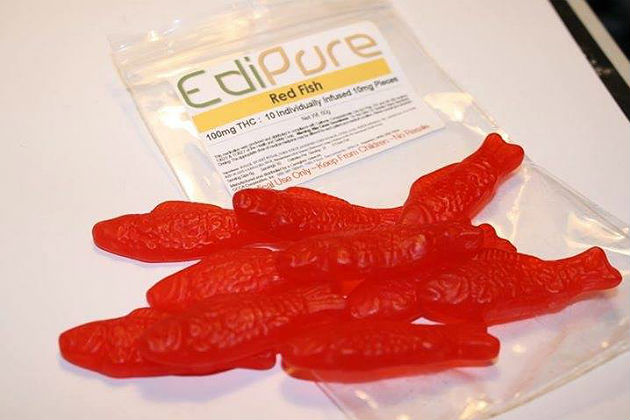 They look, smell and taste like our favorite candies, but marijuana candy edibles can be a real danger to children.

The sweet confections are often packaged to appear like the popular treats with which toddlers and children are familiar. This appearance is not an accident — the marijuana candy products are designed to attract and entice the consumer. But when children ingest marijuana, the results can be serious and even life-threatening.

The rate of accidental ingestion of marijuana has increased with the legalization of medical marijuana use in numerous states. Surveys show that the typical age of accidental medical ingestion is under 2 years old, and the most frequent consequence is neurologic effects. The rate of serious health risk was greater in those states allowing legal use, with critical care admissions occurring at a higher rate.

Prior to Colorado's new law allowing recreational use of marijuana, there were 14 reported cases of children ingesting marijuana at a single hospital. Eight of those cases involved medical marijuana, and seven of the eight were from a food product. Eight of the children — ranging in age from 8 months to 12 years — required hospital admission.

These accidental ingestion rates are rapidly rising in states allowing recreational use.

The rate of accidental ingestion of cannabis has doubled in one of Colorado's pediatric emergency facilities. The Denver Post interviewed Michael DiStefano, the medical director of the Children's Hospital Colorado emergency department.

"Nine kids so far this year have been brought into the hospital for accidental marijuana ingestion," DiStefano said. "Of those, seven were admitted to the hospital's intensive-care unit. ... One of those kids had breathing problems that required a respirator."

Not all the pediatric ingestion of cannabis-laced candy is accidental. Recently, the police department in Harvard, Massachusetts, posted a warning to parents on the department's Facebook page advising parents to be vigilant regarding children's potential use of cannabis candy.

"These are edible drugs (made from marijuana byproducts) that kids are now using in this area," the post stated. "Over the last week, several kids in this area have ended up in the hospital. Please take this serious and don't think 'it's just pot.' These are chemically altered items that are hurting kids. Please take a moment and look what your children have on them before they leave the house."

The risk of children being attracted to cannabis candy warrants further action. Dr. Robert MacCoun, the James and Patricia Kowal Professor of Law and Senior Fellow at the Freeman Spogli Institute for International Studies at Stanford University, recently reported his observations about the risk for harm to children in the New England Journal of Medicine.

MacCoun reports that the states of Colorado and Washington have responded to the risk by adopting some modest regulations such as child-resistant packaging and warnings. However this does not diminish the potential appeal of a candy product to children. Further restriction on the retail packaging and promotion of cannabis edibles are among the suggestions MacCoun offered.

Toddlers will put anything appealing in their mouth. Sadly, the same can be said about older children and adolescents — particularly if packaged to appear like their favorite candies. The risks to health are great. Police departments and health officials are wise to take a proactive role in helping parents keep their children from harm.