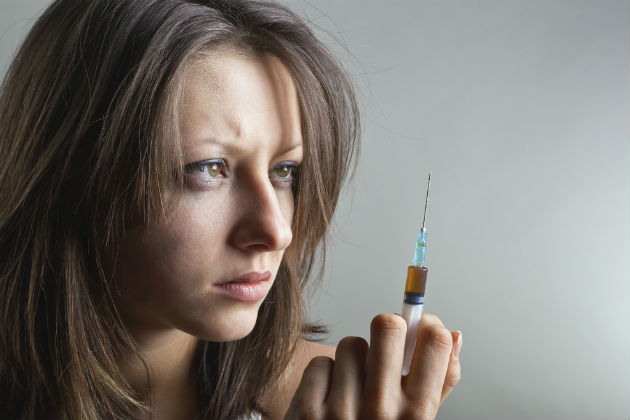 Drug overdoses are increasingly common and more lethal in nearly every area of the country. New research provides a snapshot of regional illegal drug use. The report also highlights the complexity of detecting and treating severe drug-related events at emergency departments.

Begun in 2016, the study focuses on identifying illicit drugs causing patient overdoses at two hospital EDs in Maryland. At the time of the study, the emergency departments were seeing a spike in accidental drug overdoses and related deaths. Most were attributing the overdoses and deaths to "spice" or "K2," which are synthetic cannabinoids that mimic the chemicals in marijuana.

One clinician described "atypical overdoses," in which patients with respiratory problems and constricted pupils would respond well to naloxone but require sedation from acute agitation, violence and hyperactivity, which are not usually associated with opiate withdrawal.

Attending physicians thought that knowing which drugs were causing the variety of effects could help them tailor patient treatment. Hospitals usually use urine tests to detect a narrow range of prescription drugs, illicit drugs and medical conditions.

At the same time, a team of investigators from the Center for Substance Abuse Research (CESAR) at the University of Maryland, College Park, was producing reports that detailed illicit drug use patterns in criminal justice settings. With the help of the U.S. Office of National Drug Control Policy, the substance abuse researchers used advanced analysis of de-identified urine samples to detect a variety of drugs, including synthetic cannabinoids, fentanyl and more.

The researchers then expanded their urine testing technique to hospital settings and linked the test results to the de-identified patient medical records. The CESAR scientists worked with the ED physicians at University of Maryland Prince George's Hospital Center in Cheverly, and the University of Maryland Medical Center Midtown Campus (UMMC Midtown) in Baltimore.

The results showed that the substances used by ED overdose patients were much more complex than anyone had anticipated.

"We were thoroughly amazed that in a study where we thought everyone was having a synthetic cannabinoid-related problem, only one specimen tested positive for synthetic cannabinoids," says principal investigator Dr. Eric Wish, director of CESAR at the University of Maryland, College of Behavioral & Social Sciences in a press release.

The results showed that the drug manufacturers had tweaked the street drugs into new combinations that lab tests were not detecting. Even a year later, after the lab expanded testing to cover synthetic cannabinoids from 26 to 46 metabolites, only a quarter of the samples tested positive for synthetic cannabinoids, significantly smaller than researchers had anticipated.

The results also showed a large mismatch between the drugs the patients said they used and the drugs the physician suspect, compared to the drugs detected by advanced testing. "We had cases where the doctors thought so, the patient thought so, but urinalysis showed no use of synthetic cannabinoids," says Dr. Bradford Schwartz, an emergency physician at the University of Maryland Prince George's Hospital Center and an adjunct assistant professor of emergency medicine at the University of Maryland School of Medicine.

The most common drug detected at both hospitals was marijuana. One-fifth to one-third of specimens from both hospitals tested positive for a new psychoactive substance that is not synthetic cannabinoids. Two-thirds of patients tested positive for multiple substance, with some specimens containing as many as six substances. The variations and variety of drugs complicates overdose diagnosis and treatment.