Washington state’s Paine Field gears up for its next stage 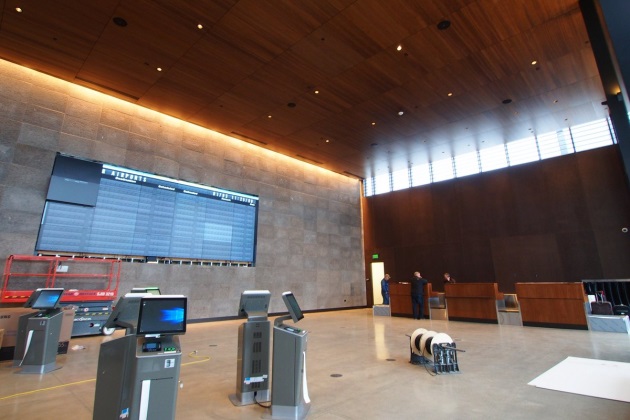 Next month, Paine Field, north of Seattle in Snohomish County, Washington, will enter an exciting new phase in its life with the beginning of scheduled passenger services. As the first flights approach, the new terminal building has reached the final stages of construction and looks set to be one of the most attractive facilities for passengers in the country.

Flights begin operating out of Paine Field on Feb. 11 when Alaska Airlines commences service to Las Vegas, followed the next day by Los Angeles and San Jose. Eventually eight West Coast cities will be served by the airline.

United Airlines will also enter the mix, with daily departures to Denver and San Francisco from March 31. It is hoped services will give travelers living north of Seattle an alternative to flying out of Sea-Tac Airport, which can significantly add to journey times.

The new terminal, which is located in the center of the airport site, has until now been seen in artists’ renderings, but in recent photographs released by developer PSM Engineers it has been revealed in all its glory. 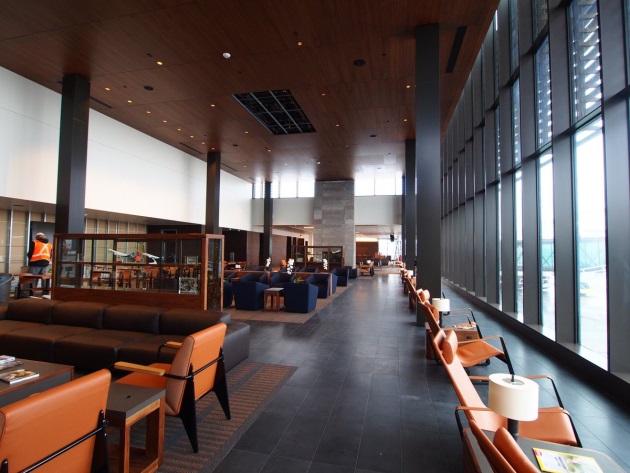 The 30,000-square-foot single-story structure makes heavy use of wood and tiles to create a stylish space more akin to a premium lounge or hotel lobby than a typical terminal. It features two direct boarding gates.

The check-in area includes large departures board and wood-paneled desks, while in the departure lounge comfortable chairs gaze out of the large windows toward the runway. Behind, cozy seating areas surround smart desks with lamps.

Andrew Harrison, chief commercial officer at Alaska Airlines is pleased with the progress, commenting to the Everett Herald, "It’s fantastic. It doesn’t feel like an airport."

Meanwhile, frequent traveler Ben Schlappig of One Mile At A Time commented, "This is easily the most beautiful U.S. passenger terminal I’ve ever seen." 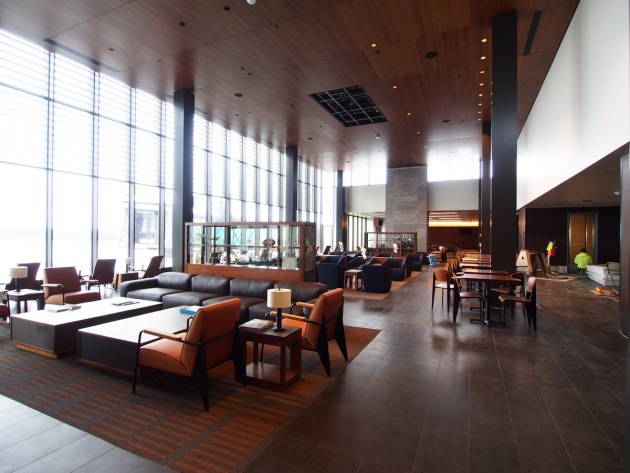 While the introduction of passenger operations is taking center stage at Paine Field, the sizeable presence of Boeing and its wide-body airliner production facilities cannot be forgotten.

The manufacturer recently announced intentions to expand its footprint at the airport by taking an extra 58 acres of undeveloped land on the west side of the field.

In a likely hint at its imminent intentions to begin development of the next airliner to come from its stable — the rumored 797 — the company merely stated it hoped "to develop additional aerospace manufacturing facilities to supplement its existing operations" at Paine Field.

The existing main assembly building and supporting production areas were recently confirmed to be the site for the new Boeing 777X airliner development. With little other space for a new production line in this building, the new lease would indicate a new line is to be developed. However, an alternative use as a site for aircraft storage has also been suggested.