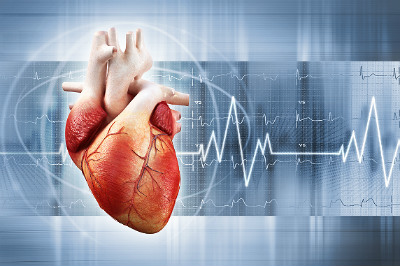 Coronary artery disease (CAD), also known as ischemic heart disease, is the most common type of heart disease in the United States. Atherosclerosis is the major cause of heart disease, killing approximately one individual every 34 seconds and responsible for about a third of all deaths worldwide.

But new research suggests specific dietary supplements may help in the fight against heart disease.

For some people, the first sign of CAD is a heart attack. As we know, risk factors include high blood pressure, smoking, diabetes, lack of exercise, obesity, high blood cholesterol, poor diet and excessive alcohol, among other factors, such as depression.

Still, these therapies are not able to fully inhibit the formation or progression of atherosclerotic lesions. The maximum efficacy of these strategies in different clinical trials has been measured at only 30 to 40 percent.

Now, scientists suggest fish oil, cocoa extract and phytosterols could offer new hope in the fight against heart disease. A collaborative study between Cardiff University scientists and South Wales-based nutritional supplement manufacturer, Cultech Ltd, examined the potential of combining three ingredients into our dietary plan as a means of preventing atherosclerosis or "furring" of the arteries.

The study found, in cell-based models, that combining omega-3 polyunsaturated fatty acids (found in marine fish oil), flavanols (found in cocoa) and phytosterols could potentially help halt the progression of atherosclerosis. The supplement attenuated the expression of intercellular adhesion molecule-1 and macrophage chemoattractant protein-1 in human and murine macrophages at physiologically relevant doses.

The migratory capacity of human monocytes was also hindered, possibly mediated by eicosapentaenoic acid and catechin, while the ability of foam cells to efflux cholesterol was improved. The polarization of macrophages towards a pro-inflammatory phenotype was also attenuated by the supplement.

According to Dr. Dipak Ramji from Cardiff University's School of Biosciences (who co-authored the study), a variety of active food ingredients has been shown to impart beneficial effects on cardiovascular disease, although little is known regarding their actions when taken in combination. This is the first time a combination of these ingredients has been shown to elicit such effects and supports its further study in preclinical in vivo models.

The challenge for the scientists is to take their findings and examine whether they translate into humans.