Want to boost your brainpower? Check out this research 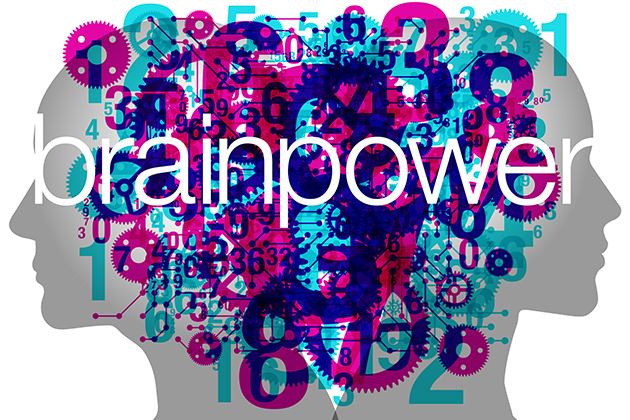 Want to boost your capacity for memory retention, better learning, plus creative thinking and problem-solving? Sure you do! And the good news? The latest scientific research is making it easier to boost your brainpower than ever.

Try these tricks for expanding your brain's functional capacity, in ways that are easy and extremely effective.

You might think that powering up with a steady stream of coffee is enough to refresh your brain power during a long workday, but researchers at the University of York in the UK have a better plan. They recently released a new study that finds a 90-minute nap is ideal when it comes to expanding and strengthening your brain's ability to retain information and cement a memory.

Study authors Scott A. Cairney, Shane Lindsay, Ken A. Paller and Gareth Gaskell asked two groups to learn the location of a group of words on a computer screen. Both groups were then tested a bit later to see if they accurately recalled the location of the words.

One group's members then slept for an hour and a half, while the other group's members stayed awake. Both groups were retested to see how accurately remembered the location of the words on the screen. The group whose members had caught some Z's were even more accurate the second time when recalling the words' location.

The study authors concluded that sleep had strengthened their ability to store and update the information they remembered. Now you know how to spend your next lunch break!

Do something creative every single day

Researchers at the University of Otago in New Zealand report that making the effort to play music, cook a new recipe, knit or crochet, draw or paint, or write a poem or short story for 13 days excites your brain's "flourishing" sensation in an intriguing study. This positive sensation indicates you're feeling a sense of growth within yourself as you pursue a creative activity you enjoy.

As you focus on creating each day, you'll feel more enthusiastic in general, due to enlarging your brain's capacity for creative accomplishment, according to study authors Colin G. DeYoung and Paul J. Silvia. The effect of enthusiasm and happiness will last into the next day as well — a continual brain boost.

Talk with your hands

A study from the University of Hertfordshire in the UK finds that when challenged in describing something to someone else, using gestures while talking can help the brain find more routes of creative expression. Study authors Elizabeth Kirk and Carine Lewis proved this premise with children.

Give it a try yourself today. Say you're trying to describe your new coffeepot to a friend — use your hands to show its shape and size. Think about how the coffeepot should be held, and demonstrate that. The more gestures you use, the more pathways for communication will be activated in your brain, and the more descriptive your words will be.

Researchers at Australia's National Institute of Complimentary Medicine and West Sydney University report that 2-5 cycling, walking or treadmill workouts per week, for a period of three months to two years, consistently helped to enlarge the left side of the hippocampus in study subjects — that's the part of your brain that controls memory function, which improved in those who followed this regimen. And it works at any age: Study subjects who showed positive results ranged from age 24 all the way to 76.

Indulge in some nuts

Grab a handful of each, and enjoy!