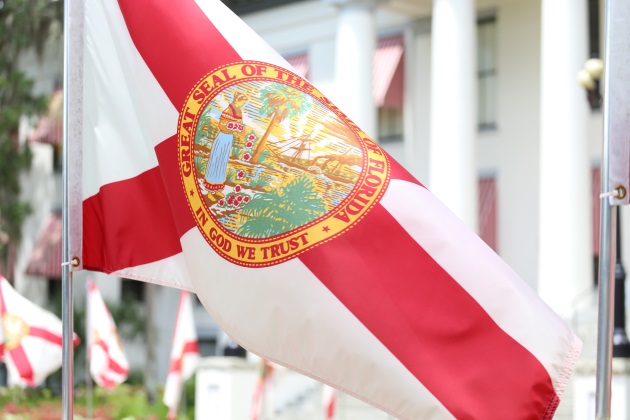 From federal legislation targeting prison privatization and conditions to state-level policies — such as bail reform and juvenile justice — directed at the United States’ pervasive carceral culture, there’s strong reform momentum reaching beyond prison walls to voting booths. However, partisan politics is obstructing these efforts, resulting in a pitched battle between those seeking a new way and those protecting the law-and-order status quo.

In practice, allowing new voters to register can tilt the national political scene and threaten the balance of partisan power in stronghold states.

Such is the case in Florida.

As it turns out, Amendment 4’s implementation battle provides an excellent case study in a national political culture still dependent on the War on Drugs era paradigm. This dependency lingers despite a burgeoning bipartisan reform culture curtailing the most egregious and inhumane aspects of mass incarceration.

Obstacles to voting rights, such as elaborate citizenship tests and literacy requirements, were used to sabotage the groundswell of new registrants. Now, a seemingly more innocuous payment requirement for "outstanding restitution fees" — fees still owed upon release — are being used.

Mitigation of Amendment 4 is in full swing as this implementation language was passed as SB 7066 by the Florida legislature last week. Now, in order to register to vote, those with felony records need to pay all remaining restitution fees before their voter registration goes into effect.

Those who worked diligently on Amendment 4’s passage, especially the Florida Rights Restoration Coalition, are referring to SB 7066 as a "poll tax."

Desmond Meade of the Coalition estimates that a restitution requirement will keep 700,000 people from enjoying their new-found voting freedom. Amidst serious concerns expressed by organizations like League of Women Voters and the American Civil Liberties Union (ACLU), Gov. DeSantis states he is ready to sign the bill, providing a teachable moment for voting rights supporters everywhere.

What’s the lesson? SB 7066 reminds anyone who believes that the tide is truly turning in our U.S. carceral culture to think again. Voting rights remain a major democratic urgency, and therefore, they include some of the most sensitive minefields to poke around in — especially in a swing state like Florida.

Original Amendment 4 language already excluded those with murder and sexual offenses. SB 7066 adds people with outstanding restitution fee balances to this list, against the will of over 5 million Florida voters.

The ACLU is considering a legal challenge to SB 7066, so this battle is just beginning. These efforts will shed light on an emerging pattern in prison reform policy. Progressive legislation intended as interventions into various aspects of our bloated prison systems encounter new forms of resistance, as we also find in state-level bail reform efforts.

Florida is ground zero for voting rights, again. This time the concern is not hanging chads but rather registrant numbers favoring status quo electoral outcomes.