Visual perception delay and its effect on shooting 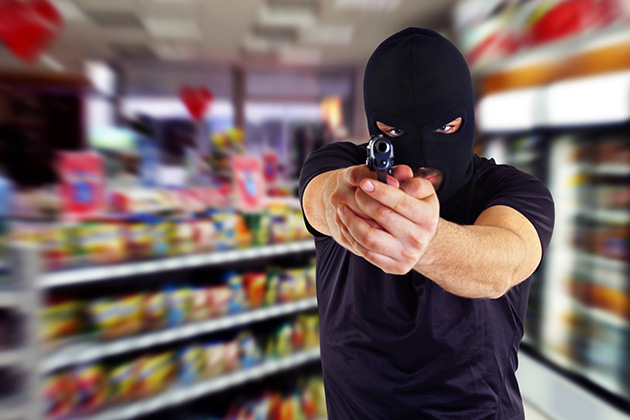 In April 2015, there was a horrible story about an officer shooting a man eight times in the back while fleeing on foot after a traffic stop.

What I've seen and read about the case is not good — simply by the number of shots the officer fired. But do you know why that is?

Or do you know why it's common for civilians or law enforcement to shoot their attacker one, two or even three times in the back before realizing their attacker has turned? Do you know how to use this phenomenon to make yourself more difficult to hit if someone's shooting at you?

In short, reality isn't what you see, and you have walked around your entire life consciously seeing a reality that happened .5-.75 seconds ago. You don't realize it normally, but everyone has memories of times where this came into play.

When we look around, it looks like everything is moving fluidly, but we really see in frames — kind of like a movie. And that "frame rate" varies tremendously. Movies are shot at 24 frames per second, and they look smooth. Fighter pilots who have done eye training can identify planes with only 1/200th of a second of exposure, but it might take them a quarter-second, half-second or more to process that 1/200th of a second exposure.

The frame rate you see is dependent on light, the colors you're observing at the time and your specific neurology. The details are fascinating, but not necessarily helpful for this discussion.

Now the South Carolina shooting appears to have been a bad one. The officer pleaded guilt and is in jail. The family of the victim has already received a $6.5 million settlement. It sickens me on several levels that I don't want to get into.

Keep in mind that in many cases, good people do justifiably shoot attackers in the back after they've stopped attacking and started to run away. How can this be? Because of the fact that there's a half- to three-quarter-second delay between what our eyes see and what the conscious mind is able to process.

During that delay, the attacker has plenty of time to drop his weapon, turn and — depending on the situation — start moving away. All the while, the shooter is seeing what happened earlier — which was the attacker facing him and posing a threat.

If you're firing off shots with quarter-second splits, that means that you could feasibly shoot your attacker once in the side and a time or two in the back without even realizing he was no longer a threat.

In fact, one use-of-force expert witness who testifies several times a month told a class that I was in that he could probably defend one or two shots in the back because of visual perception delay. Three would be questionable, but four would be incredibly difficult because, by that time, the fact that your attacker is no longer a threat should have made it to your conscious mind.

Other than cool trivia, how can you use this information?

One of the things I've observed and experienced in the last few months is the difference between how vision works and how people perform in traditional range training and force-on-force training. In low-stress shooting, or even competition shooting, it's easy to shoot moving targets.

Take a friend and have him stand 10 feet away. Hold your thumb so it's between your eye and his chest and have him try to move fast enough that your thumb comes off of his chest. It won't happen. Your thumb will track his chest like it's attached.

But what I've seen (and experienced) is that in force-on-force scenarios, a simple, properly timed, 2-3-foot sudden lateral movement will cause about half of shooters to shoot to where you were and not where you are. Roughly half of the time, the shooter's visual frame rate is fast enough that he is able to track the movement and put rounds on target.

The other half will swear the target was there when they pressed the trigger and that the person "just moved really fast." Observation and video proves otherwise. Regardless of what they thought they saw, they were shooting at empty air.

Two lessons from this:

Next, we've talked about the reactionary gap before. In short, it's the amount of time/distance that you want between you and a threat/attacker so that you can effectively respond to whatever they do. For an attacker with a knife with no obstacles between you and him, it's generally thought of as 21 feet (but is really much more).

If you're within that reactionary gap — say a mugger or a heated argument within a couple of feet — you must switch to predefined triggers, predefined responses, stay focused, avoid talking and keep him talking.

First off, stay calm. The calmer you can stay, the more likely you can tap into the speed of the unconscious mind.

Second, define one, two or three triggers that will cause you to take action — the fewer the better, but better doesn't always mesh with reality. The triggers should be, "If he does X ..."

Keep in mind that in an altercation, your attacker is either attacking, complying, trying to limit loss or delaying (sometimes with sweet words) to create an advantage to destroy you more effectively. This concept of four options is a tiny part of an incredible book from Ken Murray called, "Training at the Speed of Life."

As far as you're concerned, if he's not complying 100 percent, he's still a threat. Words mean nothing, and action means everything.

It's better to game these triggers out in your mind ahead of time so you aren't trying to figure stuff out in the heat of the moment.

Third, predefine your response. "If he does X, I'll do Y”. And the more specific "Y" is, the better. As an example, "If he goes for a weapon, I'll shoot" may not be specific enough.

If you've got your gun drawn, predefine your action with detail, as in, "If he goes for a weapon, I'll step to the side, fire two shots midway between his armpits, step to the side, and reasses." It could be one, two or three shots — depending on your department, prosecutor, political climate and/or your ability to put fast, accurate rounds on target.

If someone had been trained or trained himself to think along the lines of, "if he moves, kill him," then it might explain why he would shoot someone eight times in the back when the person was fleeing — this shows how important it is to have your triggers and actions predefined correctly.

Next, get them talking and avoid talking.

Unless you've practiced talking while your unconscious mind is driving the ship — normally indicated by a monotone voice and an "odd" cadence — don't talk. If you need to talk, stick to simple, prerehearsed commands. As soon as you "think" about what you're going to say, you virtually guarantee a half-second delay in reaction time.

Similarly, keep your attacker talking. If you're going to try to surprise him, see if you can ask him something along the lines of, "What do you want to get out of this?" or some other open-ended question that forces him to come up with a multiword answer that will increase his visual perception delay and reactionary gap.

Finally, train, practice and practice some more. If you've practiced your skills to the point where they're almost boring and you don't have to consciously think about them, you're much more likely to actually be able to perform at a high level under stress.

Could you feasibly fire eight rounds into someone's back without realizing it? Yes ... it's possible. Anti-depressants, anti-psychotics, extreme exhaustion, pain, painkillers, sheer panic, bad triggers and bad predefined reactions all could do that.

Is it likely? Who knows, but it doesn't really matter what's possible theoretically. There's video of the officer in South Carolina who appears to make a pretty clear case. You want to train/practice enough so that you're never that disconnected from reality.

Questions? Comments? Sound off below.