Violent crime down in US amidst criminal justice budget debates 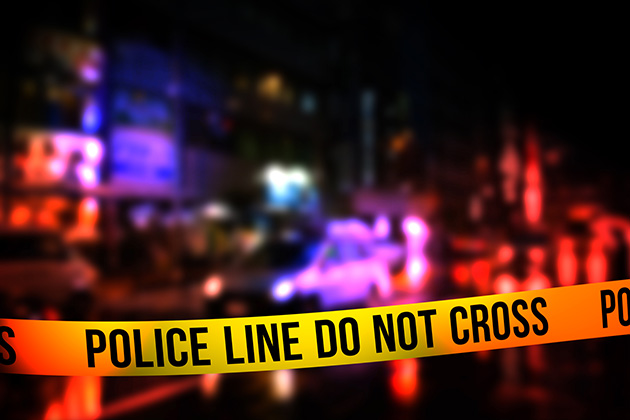 The official U.S. crime rates released annually by the FBI are highly politicized numbers that various stakeholders cite for many reasons. According to Ames Grawert, senior counsel at the Brennan Center, the newly reported 2017 statistics lead to a conclusion that, "Concerns about a widespread crime wave appear overblown."

The 1990s involved a notable violent crime wave that reinforced the Clinton-era drug war and mass incarceration policies. Today’s decline in violent and property crimes clash with the Trump administration’s criminal justice goals, which are mirroring the mass incarceration fervor of the ‘90s.

The estimated 2017 violent crime rate fell 0.9 percent compared with 2016. Why does this matter?

Since the beginning of the U.S.’ "War on Drugs," which has resulted in spending trillions on mass incarceration, crime rates have been used as political tools to produce a climate of fear.

One Trump campaign promise was to crack down on violent crime and restore safety. Trump tried to do this by suggesting a strong link between illegal immigration and violent crime, although there’s little evidence here.

Attorney General Jeff Sessions mirrors this political use of statistics when he discusses violent crime as a "permanent trend."

In 2015 and 2016, the temporarily increased violent crime rate led to much sociological speculation. Some even suggested that spiking murders was a sign of increased unrest in the days following the 2014 Ferguson, Missouri, uprising, when we saw citizens riot and organize for justice following the police shooting of unarmed black teenager Michael Brown.

This phenomena became known as the "Ferguson effect," which causally explains that 72 percent of police were less likely to want to stop citizens — thus leading to more violent crime, including murder. However, the 2017 murder rate was 5.3 per 100,000 residents, dropping from 5.4 in 2016.

So much for the Ferguson effect?

It is easy to see how complex and contradictory ideological forces have direct impacts on police budgets.

One overlooked but essential group that stands in the crime budget debate crossroads is prisoners themselves. Sept. 9 saw the official end to the National Prisoner Strike that involved over 10 states and Nova Scotia stopping work and hunger striking on the inside. Prisons are overflowing and filled with severely underpaid workers in harmful work conditions as allowed by the 13th Amendment.

If it is difficult to point to consistently rising violent crime rates to justify our large prison population, what does justify it?

One explanation can be found in the private prison boom. The two largest private prison companies — Corrections Corporation of America (CCA) and GEO Group (formerly Wackenhut) "have contributed $10 million to candidates and pushed $25 million into lobbying efforts since 1989."

Meanwhile, some people question whether or not it’s even worth it to blow up national statistics since crime is influenced more by state and local level policies. Just one example is the suggestion that if crime is correlated to education levels, then the U.S. is dealing with state and local higher education access issues as well. There are also correlations between lead levels and violent crime, to name another angle using correlational logic.

All things said, the politically charged debate on violent crime and criminal justice spending continues in a swirl of ideologically driven positions on all sides.