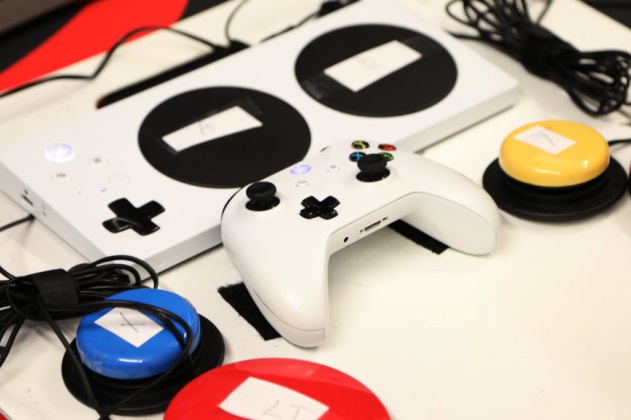 On April 30, the Veterans Administration announced that Microsoft will be providing select VA clinics and hospitals with the Xbox Adaptive Controller as well as consoles and games. The goal of the program is to afford vets with mobility problems the opportunity to both socialize and engage in physical activities.

The Xbox Adaptive Controller is customizable for individual players. It features oversized buttons that allow gamers with mobility issues to input commands with parts of the body other than just one’s fingers.

For example, a gamer afflicted with arthritis in the fingers can operate the controller with the sides of his hands. A gamer with a spinal injury that affects the use of one’s hands may use his feet for game play.

The concept of using video games as a treatment for maladies such as PTSD and depression (which can often accompany serious injury) is not new. The official name for this type of treatment is Virtual Reality Exposure Therapy (VRET).

And virtual reality is also nothing new to American service members. Veterans of a certain age may recall the “Weaponeer” M16A1 simulator developed by the Army in the 1970s. Later vets most likely used the SETS simulator, and similar devices. In the early 1990s, during the infamous “draw-down” period, many large-scale exercises, such as REFORGER, took place in cyberspace, rather than out in the field.

So, with service members’ long established penchant for technology and gaming, what could go wrong? As a vet who utilizes VA care, I have to ask, where will the program be implemented, and who will be implementing it?

As has been reported extensively, space and manpower are at a premium in VA health care facilities. According to the VA’s website, “Designated VA staff will engage with Veterans using the equipment and share feedback with Microsoft on therapeutic utility and the Veteran experience.” This seems to be a rather vague explanation.

For those who aren’t familiar with VA facilities, waiting rooms are often brimming over with patients. Veterans Affairs personnel do the best they can, but even so, wait times for care can be significant. If I may offer a personal anecdote; when I broke my arm and required surgery, I had to wait three weeks for an operating room and surgeon to become available.

The cause of the overtaxed VA system is three-fold. First, many veterans have opted to utilize the VA healthcare system, rather than pay sky-high premiums for private insurance. Second, nearly 9 million Americans served in the military during the Vietnam War era (1964-73), and many of these vets are reaching the age at which they require more frequent trips to the doctor.

Finally, many elderly vets occupying seats in the waiting room are there because they are in need of human contact, and in some communities, the VA clinic may be the only place where they can talk to people who appreciate their sacrifices.

I’m not saying that the VA and Microsoft partnership is a bad idea. If fact, I believe that it will do a great deal of good for our nation’s heroes. I only hope that the primary decision-makers have made provisions to provide space and personnel, so that unintended negative consequences may be averted.