Using positivity when speaking out about nursing 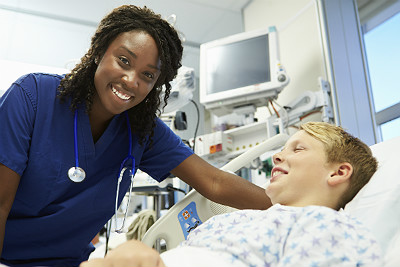 Most everyone has caught wind of the firestorm that erupted when Joy Behar of The View denigrated nurses by mocking a heartfelt monologue performed by a contestant during the Miss America pageant. A recent MultiBriefs Exclusive by Joan Spitrey, RN, adroitly encapsulates the situation, offering a balanced assessment of the reaction to Behar's faux pas.

While they did not anticipate the backlash, The View's bottom line has been impacted by the loss of such sponsors as Johnson and Johnson, a ferocious supporter of nurses. Some nurses have leveled negativity against The View, but a widespread movement of positivity has arisen, and many nurses are joining the enthusiastic conversation about the power of nursing.

In their book, "From Silence To Voice: What Nurses Know And Must Communicate to the Public," Bernice Buresh and Suzanne Gordon urge nurses to educate the public about the nursing profession. When a misstatement of the magnitude of Behar's rises into popular consciousness, an opportunity appears for nurses to let their voices be heard.

Raising one's voice need not be strident; rather, it can be a reasoned, level-headed, positive discourse.

The power of social media

Nurses frequently turn to social media in order to reach a large audience. Many social media channels have considerable reach, and a brief post can take on significant life if shared widely.

In reaction to Behar, nurses took to social media in large numbers, and various hashtags such as #NursesUnite and #NursingIsMyTalent gained enormous traction. Social media is where many cultural trends are now reflected and created, and nurses' reactions to the Behar situation have been epic in scale.

Where else to speak out

Although the local newspaper may not boast Twitter's reach, letters to the editor are a powerful medium whereby nurses can educate their communities about salient issues. For nurses desiring to seize a teaching moment, a letter to the editor can accomplish that goal. Moreover, savvy papers may post timely, well-written letters on their social media feeds. Thus, a letter written for the local community may eventually have a global reach.

Community television and radio stations consistently seek stories that can ride the coattails of larger trends. While these entities may not have nurses in their contact spheres, any nurse can pick up the phone, call a local producer and offer their expertise regarding the issues at hand.

Other news outlets may also appreciate opinions and commentaries from citizens with insider knowledge, thus the earnest nurse activist could leverage considerable expertise and status in this regard.

If reaching out to the media isn't attractive, there are always municipal, regional, state or national legislators who love to receive communications from their constituents. In reaction to a timely controversy or issue, contacting your city council, mayor or legislator could be a useful tactic for bringing that issue to the fore.

For instance, if enough nurses in a small city contact their mayor and city council regarding The View controversy, the mayor might schedule a roundtable discussion on the importance of nurses to local public health. The impact of speaking out cannot be measured in advance, but there is no question that doing so could be more powerful than imagined.

The big takeaway from this current situation is that positive, forward-thinking discourse is always preferable. Even in situations rife with emotion, a level-headed response is generally more productive.

Whether writing a tweet, a letter to the editor, an op-ed for the local paper or appearing on the local news, nurses can take the high road, keep their language positive and focus the media and public on the crucial importance of the nursing profession.

We nurses can do our best to contribute to the conversation. When we stay positive, we are more likely to be heard, respected and invited to speak out in the future.