Using a shotgun for home defense: Choosing your ammo 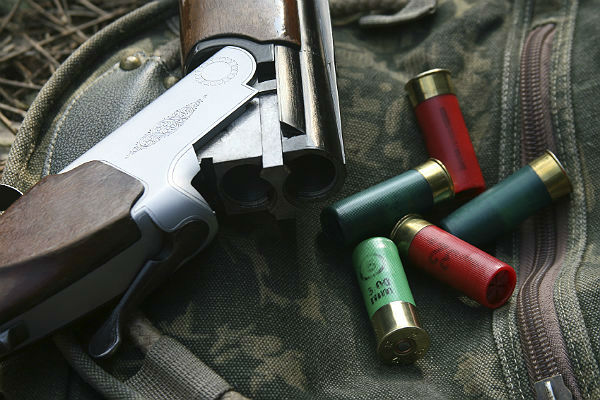 One of the interesting things about a shotgun is the multiple purposes for which it can be used, depending on ammo selection. Changing the ammo from birdshot to buckshot to slugs drastically changes the nature of the gun.

Shotguns also come in many gauges, but the most popular for home defense are the 20- and 12-gauge calibers. Individual guns will also shoot different brands of the same size ammo differently, so it is important after testing different ammo to pattern the gun.

This is a simple matter of setting up cardboard at distances you might expect in home defense and measuring the size of the shot pattern for effectiveness. At a certain point, the shot pattern expands too large, and the target is hit with substantially fewer pellets. When shooting in confined spaces, it is important to know the approximate spread of the pellets.

Birdshot has a lot of pellets, however, these lose effectiveness with penetration and range. While some might choose birdshot to reduce overpenetration of the structure, it can still penetrate multiple walls. Care must be exercised in knowing what is behind the target.

Buckshot contains fewer but larger pellets. These have more penetration and a longer range. 00 buckshot contains nine pellets, the size of which are equivalent to having nine shooters simultaneously hitting your target with a 38 Special. This would rapidly dispel the intentions of a home invader.

12 Ga. Slugs form approximately a .73" hole. This is larger than a 50 caliber rifle, but it does not have as good of an effective range. Depending on the sighting method of your gun, a good range for this might be 150 yards.

Many people will complain about the recoil of a shotgun. The secret is in the grip. The trigger hand should only be pulling the gun into the shoulder pocket with the force needed, whereas the weaker hand that is extended to the barrel should push the shotgun away from you. This sets up a dynamic relationship that enables the weaker arm to act as a shock absorber and buffer some of the recoil from the shoulder.

One of the reasons I like the idea of carbines or shotguns for home defense is truthfully I've never been that good with a pistol due to sight radius. Growing up, I could not hit the side of the barn with a pistol if I was standing inside with the door closed.

It took a lot of time on the range and a lot of ammunition to develop my pistol proficiencies. However, I was always deadly with a long gun.

My father believed in the adage of one shot, one kill. The rifles only came out of the closet when we were going hunting, and the only time I got to practice with a rifle was a few shots after the hunt ended.

I remember once hitting a Coke can in the air — three shots in a row as it was falling — with a .22. It was not until much later that I discovered shooting ranges and the idea that practicing is fun and a great chance to get out of the house on a pretty day.