US shutdown brings long-term concerns for oil and gas industry 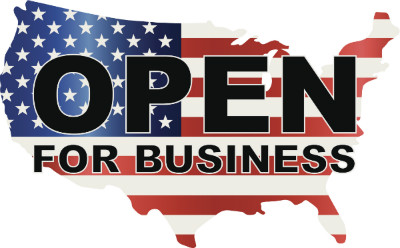 The oil and gas industry is one of the most heavily regulated fields in the U.S., and is becoming more so. The prospect of federal government agencies grinding to a halt surely means grave implications for an industry witnessing an unprecedented boom. Or does it?

In fact, in the short term, it appears to have been more of a nuisance than a serious threat. But, in the long term, the prospect of further deadlocks could have a more pernicious impact.

There are three federal agencies that impact the domestic oil and gas industry, the employees of which recently returned to their desks. Firstly, the Bureau of Land Management (BLM) reviews and approves permits and licenses for companies wishing to explore, develop and produce on onshore federal lands. Secondly, the Bureau of Safety and Environmental Enforcement (BSEE) does just what it says on the tin, enforcing environmental and safety functions. Finally the BSEE's sister agency, the Bureau of Ocean Energy Management (BOEM) deals with offshore permits.

All of the above shut down to differing extents over recent weeks, with subsequent delays to the processing of permit applications by companies looking to operate on U.S. soil. The agencies were at pains to point out that resources would be activated in the event of any spills or unforeseen emergencies.

Given the excruciatingly slow pace of progress in such permit applications when agencies are at full steam, the impact of a 16-day shutdown is likely to be minimal in the short term. The Oil and Gas Journal describes the existing backlog of permit applications and the regulatory capacity as a "constraint" on progress in the sector. The 2011 study cited points to an 86 percent decline in the pace of regulatory approvals for plans in the six months following the lifting on the drilling moratorium in the Gulf of Mexico in 2010.

As another observer points out, the upstream oil and gas industry is largely regulated at the state level, and drilling is carried out on state or private property for a reason. It is no coincidence that very little of the activity contributing to the "shale boom" has taken place on federal ground. In North Dakota, it takes 10 days to acquire a permit to drill on state lands, and 14 in Ohio. CSN News points out that in the time it takes for the federal government to approve a drilling permit, you could watch Die Hard 3,349 times.

So if those awaiting permits are not feeling the pain, then what of those eagerly awaiting the weekly reports of the federal data services. The Energy Information Service (EIA) eventually exhausted backup funds a few days into the shutdown and ceased the publication of its weekly reports on oil and gas production, use and inventory for the first time since it was founded in 1979. As one of the most watched and trusted source of market information for analysts in the sector, the prospect of a data black hole, albeit temporary, rattled some nerves.

But other proprietary sources of data from agencies such as the American Petroleum Institute (API) or other private providers, stepped in and capitalized on the temporary gap in information. Analysts and traders who rely on these figures may have to reach into their pockets and pay for such services to bridge the gap, although their accuracy and comprehensiveness is not thought to match that of the EIA's services.

In the short term, any unforeseen spills or emergencies will not go unaddressed, analysts will dig around for alternative data and the delays to permit applications progressing through the federal government's bureaucratic structures are unlikely to have a dramatic impact. But the more worrying implication in the long term is the transformed political risk outlook for investors.

The hydrocarbons sector worldwide is seen as one of the sectors most vulnerable to political risks, given the coincidence of resource-rich regions such as the Middle East with frequently unstable and unpredictable governments. When drawing up their investment strategies, oil and gas companies are guided not only by geological data, but also by careful assessment of the risk level of the operating environment, of which regulatory issues are a prominent concern.

The high costs and regulatory burden of developed producing countries such as the U.S. make for less attractive investments, but the nation's reputation for political stability has been a significant calling card in the past.

While Hugo Chavez-style expropriations or the dreaded renegotiation of contracts remain unlikely, the prospect of regular interruptions to regulatory processes has the potential to take some of the sheen off the boom of recent years.

A repeat of the recent shutdown events could still be on the horizon. As federal employees headed back to the office to start work on their two-week backlog, many were aware that the battle may have been won, but not the war. In the words of one Republican Congressman, this deal has merely "delayed the fight."

Another "manufactured crisis" could put another dent in America's reputation for stability of investments in such a crucial sector.