Industrial production: The state of the union 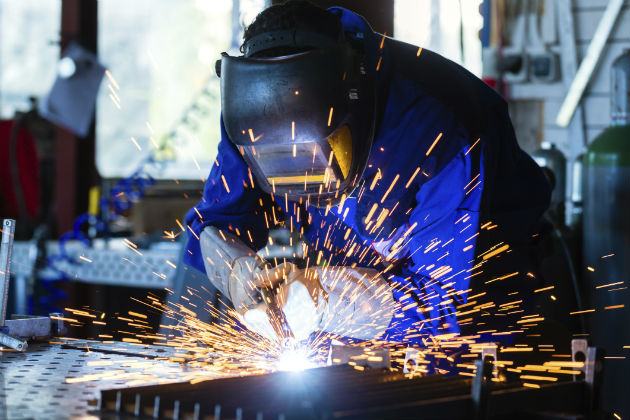 In the United States, industrial production in the manufacturing industry rose by 0.6 percent in May 2014. This is a bounce back from a 0.1 percent decline in April 2014, as reported by the Federal Reserve Board.

Industrial production in the manufacturing industry has been strong since a short decrease in output in the winter of 2013-14. Overall, industrial production has gone up 2.8 percent since January and has had an overall 3.6 percent growth in the past year.

Yet, there is still room for improvement, as manufacturing capacity has just grown by 1.4 percent on a year-to-year basis in that time. This shows the economy is getting stronger, and all signs point to it continuing that trend. However, the room for capacity utilization is enormous, and when it explodes, there could well be a new time of economic prosperity that this nation hasn't seen since the early 2000s.

In other areas of industrial production, the manufacturing of durable goods outpaced nondurable goods by 0.5 percent in May. Plastic and rubber goods saw the largest increases in manufacturing, and this was followed closely by wood products, automobiles and auto parts, petroleum products, coal products, electrical equipment, appliances and machinery. Nondurable goods like textiles, paper, clothing (both cloth and leather), food, beverages, tobacco, metals and printing saw production levels go down at the same time these other areas were seeing industrial production increases.

People are decorating their homes again, and they're buying new cars, houses, electronics and appliances. Companies are buying more machinery. These are all areas where spending was down just a few years ago during the worst of the recession.

Demand is rising for these products now that credit is easier to come by, and people are more secure in their jobs and accumulating more disposable income again. This is all good news for the industrial production sector in the United States.

In fact, overall industrial production went up by 0.6 percent in May, after having dropped 0.3 percent in April. This is a significant and important gain. Mining has also continued to grow steadily over the April-to-May period, rising by 1.3 percent.

The gains are large ones, and are coming just when the economy in the United States looks like it might be starting to see some real recovery from the mess of the recession. As long as industrial production continues to be strong, and continues to produce gains, the U.S. will continue to recover economically.

Stephanie McKenzie is a full-time writer. Stephanie has written hundreds of articles on a variety of health and engineering topics over the past 10 years, with a particular interest in new technological advancements. You can find her work all over the Internet and in local publications.