‘Urbanism Without Effort’ — Are urban designers trying too hard? 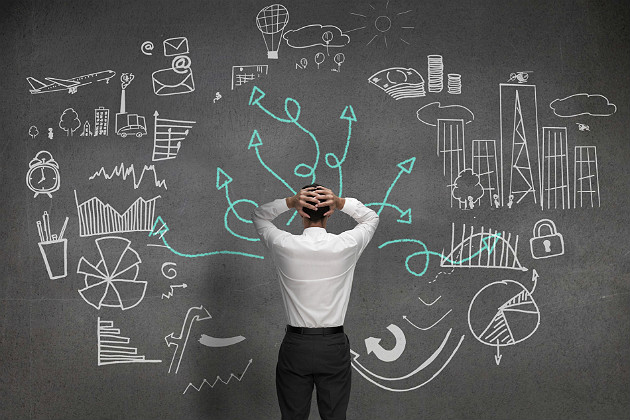 Attempts at "placemaking" have been at the center of attention for urbanists for some time now. But is it really possible to "make" places? How successfully can architects and urban planners design strong communities into existence?

The core of the concept of "Urbanism Without Effort" is that less is more. Proponents believe that the secrets to good cities are ripe for discovery by looking at how people spontaneously interact with the space around them — without intervention and free from prescriptive design principles.

We owe the coining of the term "Urbanism Without Effort" to Seattle lawyer and urbanist writer Chuck Wolfe. He describes it as "what happens naturally when people congregate in cities — based on the innate interactions of urban dwellers." In this sense, we are all urban planners.

The core idea is that the spontaneous interaction of people and place — as it has happened for thousands of years — holds the secret to creating the elusive, vibrant Old Europe-style city spaces that urbanists today strive for. The naturally-occuring, everyday aspects of city life are what make places work, not gimicky interventions copied from other cities, embedded in a different context.

New Urbanism, a movement that gained popuarity in the 1990s, states in its famous charter its commitment "to re-establishing the relationship between the art of building and the making of community." In this way, it shares much in common with Urbanism Without Effort.

But Urbanism Without Effort goes beyond the walkable neighborhoods of New Urbanism. It means understanding the limits of even the best-designed of interventions — rather than designing a monolithic system, we need to empower and enable nature and support innovation coming from the local environment.

The disappearance of the street party

I grew up on a street in England where bonfire parties and summer "pot luck" barbecues were common and loosely managed by a local committee of neighbors. But across the country, such efforts have now become rare.

National events like the royal wedding in 2011 temporarily revived the bygone tradition of street parties in the U.K., often bringing neighbors together under the bunting in spontaneous local action for the first time. But the renewed sense of community was not shared by all, and there was a disappointing number of applications to hold parties six years ago.

As Robert Putnam has documented in his book "Bowling Alone," the decline of community in America and elsewhere has meant that we are becoming increasingly disconnected from our neighbors. However, those informal networks (and bowling leagues) that used to knit communities together were arguably more successful than the best street food festival. Wolfe is trying to refocus us on understanding how we can rediscover these latent networks.

Urbanists like to talk about the "fine grain" of cities — what is invisible from a master plan or a satellite picture but real from the point of view of a pedestrian.

Wolfe believes the key to achieving the right perspective on cities is to keep an urban diary. These diaries capture visually the street-level perspective on land use, and the transition between private and public space — essentially, what is working and what is not. They also challenge the domination of the bird's-eye view by taking photographs of what urban spaces look like on a smaller scale, from the street.

The blind sport of urban planners

As proponents of participative planning remind us, good urban designers must first be good listeners and good observers. This means paying close attention to what Wolfe calls the "rich backstory of urban history" — the blind spot for too many planners and urban designers.

It also means not trying so hard. Perhaps making great places is a more organic, and less mechanical, process than we have been led to believe?