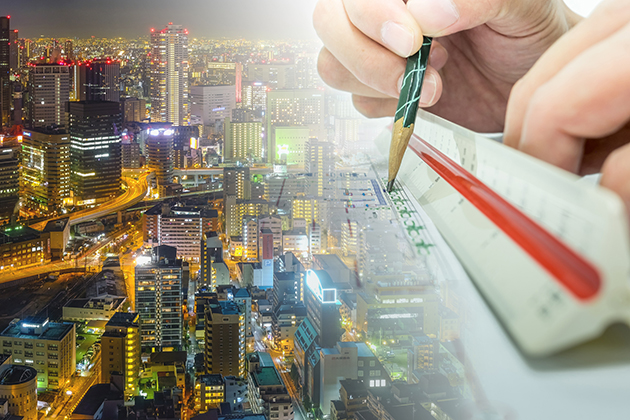 With a generation of city planners brought up reading Jane Jacobs, another term you are likely to find peppering their documents today is “active frontages.” However, walking in the shadow of blank walls in many of our cities today, it becomes clear that we are not always living up to Jacobs' aspirations.

Active frontages are designed to make a street more visually engaging. That does not necessarily mean the bohemian café-lined streets of Paris or Brooklyn but can be much more prosaic — it might be a handyman’s store, a gym or even a house frontage.

Understanding what makes a frontage "active" or "lazy" might help you be able to decode the streets in your own neighborhood.

What is an ‘active frontage’?

Frontages are how we create the "street edge" in our cities. An "active" frontage is a street frontage where there is an active engagement between the street life and the uses on the ground floor of the buildings.

Examples of this can be found in the prototypical courtyard blocks of Central European cities — Budapest, Berlin, Krakow and Kiev.

Here, rather than zoning the city into residential and commercial uses, apartment blocks are built around a courtyard with an (often glazed) ground floor that used to be home to craftsmen, cobblers, tailors and watchmakers. Today they may more likely house hipster cafes, bike shops, pharmacies, taxi schools or kindergartens.

Active frontages have become such a rallying call that they are often now embedded in government guidance for street design and best practice examples.

As we try to make neighborhoods more walkable, they are another important tool for making "complete streets" that cater not only to cars. They help to create what urbanists call the "Third Place" (i.e., the space between our work and home environment), and so contribute to the "fine grain" that our cities have often lost through decades of large-scale development.

The problem of ‘dead’ frontages

Lazy frontages (or "dead frontages" as they are often called), on the other hand, are those of the kind found in much big-block development, multi-story car parks and the like.

In these cases, pedestrians pass not alongside shops, cafes or windows, but instead by forbidding masses of concrete, security fences or someone’s garden wall.

Urban designers have been calling out this problem for some time. But recently the whims of designers are now also backed up by proper research — demonstrating that the "micro-environment" of a street can have a verifiable impact on things like pedestrian activity.

Beyond visual engagement: business and security

Outside of big-box development, businesses rely on foot traffic. If we are serious about making walkable cities, and reducing car dependency, we need to stop designing the edges of our streets to be seen at 30 miles per hour and let businesses reap the benefit.

There is also a security divided, thanks to the passive surveillance that active frontages encourage. This should be intuitive to anyone who has walked down a street of "dead frontages" in the evening, where no number of CCTV cameras can take the edge off the fear.

"Continuous frontage" is another key lesson for successful streets, meaning avoiding gaps in the street edge. This piece of jargon may not seem very consequential.

However, if we think about the buildings as framing our streets, a gap in the frame can really alter our sense of what lies inside it.

Gaps in time are also important to consider. If a street is dominated (as can by the case) by late-night takeouts, the street will not benefit during the day.

Likewise, if the streets are lined by daytime offices only, the street will be dead in the evening, and round-the-clock street life will remain out of reach. Variety is key.

Conclusions: the street as your living room

The twenty-first century has brought a renewed focus on the role of streets as more than arteries for funnelling cars from A to B. Urban designers have begun to think of our streetscapes as rooms – not just channels to pass through but also places to linger, to encounter others, to socialise, to do our shopping.

This is the concept of enclosure.

When we move into a new home, the pristine blank walls staring back at us can feel alienating. As we fill the space with things we like looking at — pictures, mirrors, shelves full of books (and perhaps today a wide-screen TV). If we want people to spend more time in this "Third Place," our streets deserve the same treatment.