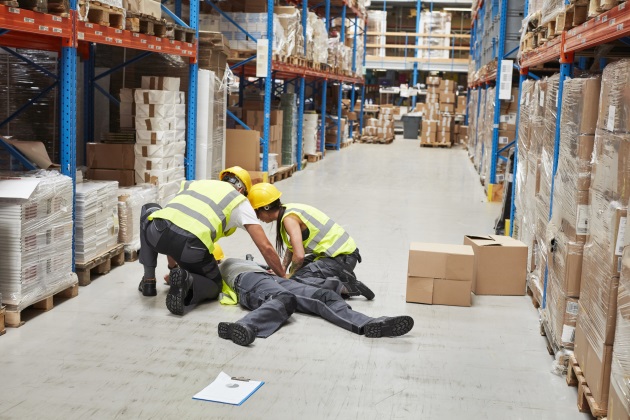 Employers can and should do a better job of ensuring U.S. worker safety, according to a new report from the National Council for Occupational Safety and Health (NCOSH). Titled "The Dirty Dozen," it details how 12 firms put workers and communities at risk with unsafe labor practices. The report marks Workers’ Memorial Week, which honors Americans who have died and suffered injuries and illnesses on the job.

"Too many workers become ill, injured and die each year under the watch of their employers who, in some cases, are repeat offenders and among the world’s most profitable companies," said Marcy Goldstein-Gelb, co-executive director of NCOSH, a federation of 21 local affiliates across 15 states, in a statement.

The 12 companies named in the report include Amazon, Facebook, McDonald’s and Purdue Pharma. Corporate America is well-represented.

Amazon is one of the repeat offenders to be on the NCOSH list of a dozen employers who do an inadequate job of ensuring worker safety, according to NCOSH.

According to the report, six workers died on the job at the company in a seven-month period. There have been 13 workplace deaths since 2013.

"When I worked at Amazon, the pace was relentless and it was frequently made clear that management, HR, and others in leadership cared a lot more about pushing product out the door than about safety and the well-being of their employees," said David-Jamel Williams on a call with MultiBriefs. Williams worked at an Amazon Fulfillment Center in Edison, New Jersey, until recently.

Amazon disputed Williams’ account. "The Dirty Dozen press release issued today should be taken with a giant grain of salt," an Amazon spokesperson told MultiBriefs in an email. "NCOSH is not a government entity; it is not a group of regulators, and it does not have any official understanding of the workings of an Amazon fulfillment center — that would be OSHA, the federal entity established by Congress on April 28, 1971."

"COSH is in fact a coalition of union organizations and parties with a business cause to undermine Amazon’s reputation through a clear campaign of misinformation."

XPO Logistics in Memphis, Tennessee, also made the Dirty Dozen list. According to NCOSH, one worker died and six female workers experienced miscarriages in an overheated, high-stress warehouse.

"It’s just horrible in that place," Tasha Murrell, a former XPO worker from Memphis who witnessed the death of a co-worker and suffered a miscarriage working there, told MultiBriefs on a call. "The hours were long, the heat was unbearable, and on top of all that, we were facing sexual harassment and pregnancy discrimination."

Female workers are about 47 percent of the U.S. labor force.

"Employers have a legal responsibility to provide a safe workplace," said Goldstein-Gelb of NCOSH, "but we continue to hear disturbing reports of abuse, exploitation, harassment and threats to silence victims. There is no reason for workers to be put at risk of injury or death when there are specific safety standards to prevent these tragedies."