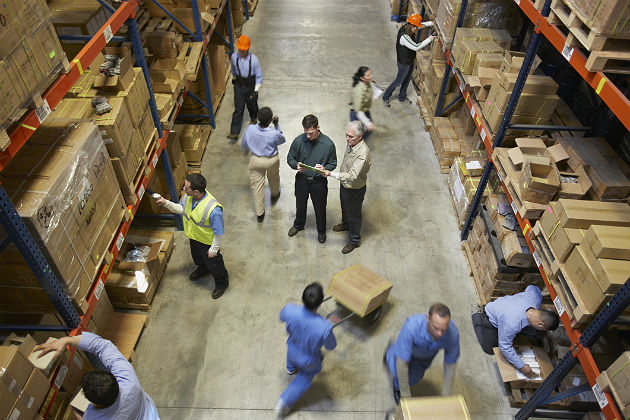 The inauguration of Barack Obama in 2009 gave the U.S. its most union-friendly president since Harry Truman left the White House nearly 60 years ago. This has led to a boost in union activity throughout the country.

Assuming you are union-free and want to stay that way, you face an environment that is more hostile than any seen in decades. Let's take a look at how warehouse managers can react when facing a union-organizing campaign.

What can the union-free manager do?

If you are facing a union-organizing campaign, the labor law may be summarized as a prohibition of four actions: threats, interrogation, promises and surveillance. At the same time, the right to say no is protected.

The law says employees have "the right to form, join or assist a labor organization ... and shall also have the right to refrain from any and all such activities." The act also protects the employer's right to free speech by stating that "the expressing of any views, argument or opinion, or the dissemination thereof, whether it is written, printed, graphic or visual form, shall not constitute evidence of an unfair labor practice under any provisions of this Act, and if such expression contains no threat of reprisal or force or promise of benefit."

Threats include the implication that the warehouse will close if there is a union, or employees would suffer a loss of wages or benefits, or might be disciplined for supporting a union. Interrogation includes asking employees why they want a union.

Promises include the suggestion that wages or benefits will increase if union-free status is maintained. It is also a violation to promise the promotion of an individual if the union is defeated. Surveillance of union meetings or recording of conversations is illegal, especially recording the names of those in attendance.

If at least 30 percent of your workers sign authorization cards, the union is allowed to file a petition with the NLRB to hold a secret ballot election. The union organizer may bypass this step by trying to present you with the cards and demanding recognition.

You have the right to refuse any attempt to present you with authorization cards. Furthermore, when the election is held, voters have the right to change their minds and vote "no" even though they may have signed a card.

In addition to authorization cards and election petitions, unions may conduct either an "inside-out" campaign or an "outside-in" tactic.

The inside-out method occurs when an employee who is disgruntled or feels unappreciated reaches out to a union. This individual often disbelieves information provided by the company, resists change or shows a lack of trust.

The outside-in strategy involves the hiring and training of union organizers who are able to identify by nationality, gender, race, age or background with a sizable group of employees. Sometimes the union will "salt" the workforce by having one or more organizers hired as employees. In other cases, volunteers in the work force will take on organizing responsibilities. They may start with a worker who was disciplined or discharged "without a good reason."

Union organizers will then demand "dignity and respect" from company supervisors. The campaign may include free alcohol and food at a convenient tavern, or informational meetings held at the local union hall. All of these tactics are designed to create peer pressure to sign an authorization card.

What you should watch out for

An early sign of union-organizing activity is a change in employee conduct. Watch for outsiders, former employees or off-duty employees who may be "hanging around" the workplace.

Silent treatment toward supervisors is an important sign of trouble. Criticism of company policy and/or work practices is an indication that organizing activity has already started.

Your best defense is to think like an organizer. If you were a union leader talking to your employees, what are the top five reasons your workers would give for needing a union? The ultimate question for your employees is: "Will I be better off with a union?"

You have the right to say you support union-free status. It is also OK to give your opinion that employees should not sign authorization cards. Pointing out that unions are obsolete and in decline is also permitted.

Factual statements about personnel policies, wages, working conditions and benefits are permitted. You have the right to state your personal opinion, as long as it does not include either threats or promises. You also are permitted to describe your own personal experience with unions.

You may point out that the union only has the ability to bargain, not to compel changes. The employer has the ultimate authority to make changes. Your workers should understand that unions survive by collecting dues, and those dues may range from $30-$50 per month. You may also point out that unions have been known to call strikes, and health benefits may be lost during a strike.

It is important to point out the success of your company in its market, and the positive attributes of working in your warehouse. You may express your belief that unions are not desirable and will be actively opposed to the extent this is legally permitted.

Action steps for supervisors and managers

You are the key to preventing or defeating a union-organizing campaign. Prevention starts with the maintenance of a positive workplace culture. These 10 items are likely to be important concerns for your workers:

Don't assume you know which of these is most critical for your people. Maintaining a positive culture requires the ability to identify and resolve the concerns of your workers.

Communication is key. An open-door policy is essential, but there is more than that. Your messages must avoid creating the "us versus them" mindset. You must recognize that change, even good change, creates stress for some workers. When a change is made, explain the reasons and offer to help those who have trouble adapting.

In the current labor environment, every day is a campaign day. You are the face of your company, and your leadership must be respected. However, you must always be respectful in your communication with your workers. It is valuable to have meetings to talk about the business and to encourage the involvement of the entire team.

You must remain familiar with new federal rules, and the fact that they were deliberately designed to promote unionization. Everyone in your organization should know the benefits of remaining union-free.

When your leadership team maintains a positive workplace culture, nobody will have a reason to want union representation.