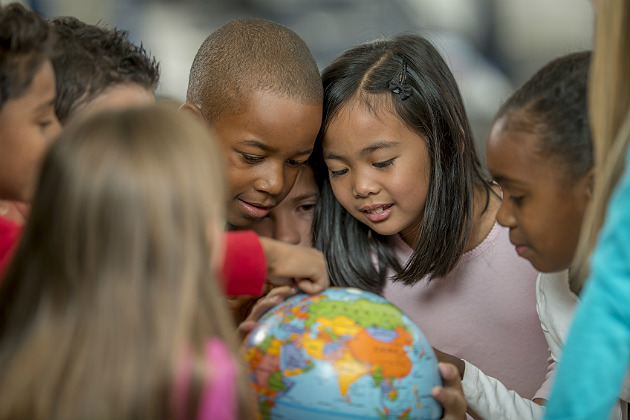 When it comes to teaching a English as a second language, it is important to take culture into consideration.

We don't have to downgrade or change our culture or methods, nor do we have to erase our students' cultures. Rather, we need to realize that cultures are different. We should be ready and willing to help students make the transition to the new culture.

Put yourself in the position of a person who travels to another country. What would you do? Might you cross some cultural barriers without even knowing it?

Read this account by Anne Merritt of a traveler to Istanbul:

In a bar in Istanbul, sitting on the outdoor patio, my friend and I were offered a puff of nargile, a Turkish water pipe, from the friendly group at the table next to ours.

"Oh, no thanks," I said, crossing my hands like an X in front of me, "I'm sick." They smirked, laughed, and turned away.

Later, a Turkish friend explained to me that "sick" (spelt without the C in Turkish), is a very rude word for male genitalia.

Most language learners have similar stories of accidentally using a word that may sound the same in English and the target language, but differs greatly in meaning. These are linguistic cases called "false friends." ...

And remember, as the expression really should go, beware of Germans bearing gifts — as a noun, gift means poison in German, not a present.

Social interchange and visiting patterns will also be different.

The concept of privacy is different in the Arab world. In fact, wahdah, the word for privacy, can also mean loneliness in Arabic. In the Middle East, people often just drop by:

"A British resident in Beirut once complained that he and his wife had almost no time to be alone — Arab friends and neighbors kept dropping in unexpectedly and often stayed late. He said, 'I have one friend who telephoned and said, 'I haven’t seen you anywhere. Where have you been for the last three days?''"

Cultural and linguistic instruction is intertwined. When ESL or a foreign language is taught, the culture is taught as well, according to the ACTFL's World-Readiness Standards:

Cultural competency is a prerequisite for successful ESL instructors. ESL instructors need to understand the various world cultures and be able to relate these cultures to their own cultures.

For example, the dictionary may say that pain in French and bread in English represent the same physical object, but French speakers will have a different point of view. In Turkey, ekmek (bread) is sacred. It is not to be thrown on the ground for the birds as is done in the West.

Even the act of reading a text book can be a cultural event. In many traditional societies, students memorize mainly religious texts and commentaries without regard to critically analyzing what they have read. The instructor recites; the students repeat in unison and may not have the text at all. The students are then judged on how much they have memorized, even if they do not understand the material.

Classical literature may be part of an oral tradition designed to be committed to memory. For example, pre-Islamic Arabic poetry was memorized and recited. Written texts are available, but they are based on the original oral-formulaic versions.

An individual experiences varying degrees of acculturation, according to Allison J. Spenader.

One may totally assimilate to the new culture and adopt the host culture completely. Conversely, one may experience separation and avoid contact with people in the host country. A middle stage is integration where the visitor or resident maintains the home culture while participating in the new culture. Finally, the most extreme case is where one rejects both the home and new culture.

Students studying ESL in an English-speaking country have similar problems of adjustment.

A Haitian author writes the following: "When as a new arrival in the United States, my heavy Haitian Creole accent made me too shy to speak. I could always pour my soul out in my note books and journals, and even in class assigned essays ... To have someone ask me to express myself on paper, in my new language, was as thrilling as watching snow fall for the first time."

In addition to overcoming language barriers, ESL teachers also help bridge cultural gaps that may cause miscommunication between students and teachers. Some students may come from countries where they are expected to come to the teacher's desk to ask a question instead of raising their hand. Others may come from cultures where touching that may be considered inappropriate in America is commonplace.

Jhina Garcia-Snell, an ESL teacher, said tornado drills are often baffling for students from countries where tornadoes are not as common as they are in the U.S.

"They think we're crazy because we're doing that," she said.

The numbers of ESL students in intensive programs may vary depending on the economies of the sending countries. However, there is a significant population of residents in country who need additional training (ESOL) before they can continue their education or advance in the jobs.

The ESOL students are typically adults enrolled in community college or adult high school programs. These students are mostly part time since many of them work or have children, while the intensive ESL students are mainly college-bound internationals with student visas.

The demographic shift in the school-age population of the U.S. is most noticeable in the unprecedented increase of English language learners. The growing numbers of students for whom English is an additional language have touched almost every state.

Sociolinguistic competence has been added to communicative competence as a key element in successful language learning. Background knowledge, shared assumptions and cultural understanding are key elements in understanding spoken and written forms of language.

Even though the linguistic message of L2 is understood, the underlying cultural implications may not be. In other words, cultural understanding is important, and cultural competence is part of successful communication: "Anyone who has spent time speaking or corresponding with someone from a different background understands, there is no true communication without some demonstration of cultural knowledge and sensitivity."

In order to be proficient in communication, The knowledge of culture is essential for communication with native speakers. Language is more than a system of sending and receiving information.

One major difference is that many cultures see equality differently than Americans do. Rank and status are of primary importance. For example, in Thailand, social mobility is possible, but Thais generally consider their position as part of their fate, according to Jerry G. Gebhard.

Asians also tend to be more indirect: "Laotians and Thais will avoid direct confrontation by being indirect. For example, if a Thai is angry at her friend, she will be indirect, perhaps by talking with another friend about the problem within earshot of the offending friend."

Learners should be actively engaged in the new culture and need to see how it is different from their own. Culture can be integrated into the ESL classes, or a separate culture class can be added as part of the core curriculum or as an elective.

"The learner is not simply situated in one culture and observing another; the learner is an intercultural participant, interpreter and mediator," Angela Scarino writes.

Cultural values are often tied to a deep philosophical or religious system. The cultural norms of Islamic societies can be traced to the Koran and the Prophetic tradition. They believe God is supreme and has control of all aspects of life.

Religion exerts a strong influence on many different cultures. In Thailand, Buddhism is an important factor: "Theravada Buddhism is at the heart of traditional Thai beliefs. For example, the belief that emotional extremes should be avoided stems from Buddhist teachings."

According to Gebhard, the ideas of equality and individualism may be unfamiliar to newly arrived Asian ESL students from a traditionally stratified society.

"Asian cultures view equality differently than Americans do. Asians are more class conscious. Thais tend to accept their status as part of their fate; a student would not engage a professor in a friendly chat unless addressed, and would keep his or her head slightly lower than the professor's while passing in the halls as a reflection of the professor's higher status."

Storytelling, poster sessions and international days are all effective techniques for students to actively share cultures with each other and with residents of the host nation. Students may demonstrate traditional dress, music and food, for example.

Teachers and students from the host nation can participate by demonstrating their cultures. For example, an instructor or group of instructors can play jazz or country music or even work out a skit. Students can read English translations of poetry or other literary excerpts when the large group comes together for a meeting or a social activity.