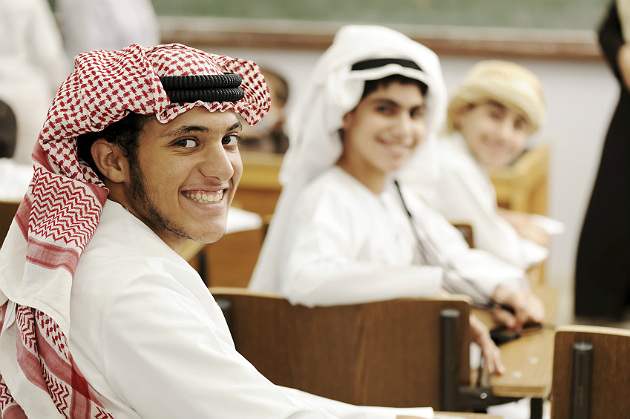 There are many benefits for instructors who have an understanding of their learners' cultures as well as their own culture. For example, a teacher's comments may be misunderstood because of the different ways teachers communicate in L1 cultures.

"In the United States, the majority of teachers grade and write little notes about 'how to improve' or 'work on this' in red ink. For Koreans, this is perceived as a very shameful thing to do. To write someone's name in red ink means that you wish death upon him or her," according to Amanda L. Morris and Joshua B. Morris.

Here is a comment about a Korean student in ESL class:

"He is able to 'listen and repeat.' He can even 'listen and answer.' He recognizes whole sentences and can read so long as it is a matter of a fixed, memorized phrase. But when he actively initiates — for example, when he speaks first, when he sits down to write, and even when he sits down to take the simple reading test ... we find that his language repertoire consists of already fixed expressions rather than fixable and refixable ones. As a result, he can say and write nothing new — nothing that he has not already heard and memorized."

Asian cultures view equality differently than Americans do. Asians are more class conscious. For example, Thais tend to accept their status as part of their fate. Another difference is the ways of resolving conflicts. Asians prefer indirect methods like ignoring the offending person or remaining silent rather than engaging in direct confrontation.

Saving face is extremely important. If the instructor goes into the class and asks students to give an impromptu oral report on what they have done or read, Asian students may feel uncomfortable and anxious for fear of looking bad in front of their peers.

Conversational interactions and polite formulas play a large role in Chinese communication as they do for Middle Easterners. Here is an example of a likely interaction at a dinner party in Beijing:

Ann: No thank you!

Ann: No thank you.

Mrs. Liu: Have some more.

The American routine is to offer food only once or tell guests to "help themselves."

Punctuality is essential when dealing with Chinese businesspeople. In addition, "A business card should be presented with two hands and a slight bow." One should take the time to read the card as a sign of respect, even if it written all in Chinese.

Also, business is rarely discussed during meals. It is a time for people to get to know each other and establish mutual trust. One should never eat or drink before the host does and always offer food or drink to someone else before you take something for yourself.

An Asian student comments in U.S. News & World Report that the distribution of assignments was different that the home country's system. He also found out that attending the first class is extremely important since that is when course policy is discussed and the outlines are distributed: "Therefore, students can find out the outline of the whole course and decide whether to continue taking the course at the beginning of the semester."

Another surprise is the group projects: "When I first took a course that contained a group project, I felt very uncomfortable with it, since I was used to just taking exams and writing assignments. Group projects test the material you learn from a course as well as your ability to work as a team."

Here is the student’s final note:

"There is no such thing as a standard class. When I first came to college, my parents asked me what my 'class' was. This was because in Asia, students are often divided into different classes, and each class has a teacher who is in charge of everything within the class. This class stays unchanged until students graduate. However, I found it surprising that there is no single class at U.S. colleges. The way it works in America is that students sign up for different courses, and students who take the same course remain there for only one semester."

There are significant cultural differences with Middle Eastern students. Muslims and Jews are forbidden to eat pork, for example. Muslims also fast during the daylight hours during the holy month of Ramadan; during this time attendance and work will suffer because students will stay up most of the night to eat and pray.

The key is to establish control early and avoid criticizing the learners' home culture. Students from Middle Eastern culture groups may stare into one's eyes and stand close, appearing aggressive. But they are only exhibiting cultural traits, and they will gradually adapt to Western culture in time.

Arabs place great value on personal contacts rather than on forms that they may fill out when applying for jobs or applying to academic programs. An Arab person will want to know the name of the manager or dean who makes the final decision and will be confident that a negative answer will be reversed if a personal appeal is made, which often is often what happens.

Saudi students see things differently. Saudi students come from a collectivist culture, where family is paramount: "What we're seeing is oftentimes family takes precedence over academics, and students will oftentimes miss class to speak to their parents due to the time difference or leave the country for a brother's marriage and miss weeks of coursework."

Furthermore, "A cultural predisposition to negotiation — 'For some of you who have interacted with these students oftentimes negotiation is accompanied by charm and a little bit of pressure' — has been interpreted by some faculty as threatening and has become a student conduct issue in some cases."

In many Islamic countries, photographing people is discouraged and often prohibited by Islam, which forbids idolatry and the representation of the human form. The Americans' high regard for pet dogs and cats is not understood by those in other countries where day-to-day life is a struggle. Conversely, the concepts of family authority and government in some areas are likely to be misunderstood by Americans traveling in those regions or dealing with immigrants to this country.

"'Would you date someone who was African-American?' The interviewee quickly responded, 'No, they will hurt me because they are so big ...' It may come from Western aesthetics of blond and white. These were not the words of a white supremacist, nor those of an anti-immigration advocate, but of a 21-year-old Korean international college student."

He goes on to say that these impression come from the media, where minorities are portrayed as living in poverty and being involved in criminal activities. He suggests this solution:

"That international student stereotypes could easily be broken through positive contact between seemingly disparate groups, whether these interactions took place in living spaces, work places, the classroom, or in student clubs."

Cultural stereotypes are based on misinformation. They are a problem for students and their teachers. One tends to view the new culture through the native cognitive matrix, which may lead to errors of understanding and lack of cultural appreciation.

Here is an interesting anecdote from Margaret K. Nydell: "An American nurse at a hospital in Taif, Saudi Arabia, had an enlightening experience on one occasion when she telephoned her Saudi supervisor to report arrangements for an emergency drill. She was enumerating the steps being taken when the Saudi said, 'That's fine, but just a moment — first of all, how are you today?"

Students studying in an English-speaking country have to overcome obstacles at times that go beyond language and overt cultural differences. Greta Lu, a college student from China, says the following: "I guess I'm just not used to the ways of communication and networking in the States. I guess I'm just not that outgoing."

A student from Thailand, Nopakit Lerthirunvibul, echoes her sentiments: "People in Asian countries tend to be less outgoing than people in the States."

Another student calls for more integration into campus life for international students: "It's more effective to actually integrate them through the community instead of providing a segregating hub for them."

Students may be tempted to use slang or vulgarities because they have heard native speakers use them or have heard them in a film or television program.

In some cases, the learner's own language will exhibit dialectical differences; there may be a colloquial or informal variety and a written or school variety existing side by side as is the case in Arabic. Students may expect English to exhibit a similar difference. Also, students may have a problem initiating communication. They may use the wrong forms or idioms and appear rude.

ESL and L2 learners will tend to use more formal language since that is what they see in their books and practice in class, as indicated by Martin Howard: "In particular, the studies overwhelmingly indicate that L2 learners tend to overuse formal variation at the expense of informal ones, whereby the latter are either completely absent or minimally present in even advanced learner varieties."

He suggests more time spent outside the classroom interacting with native speakers and using authentic materials and resources.