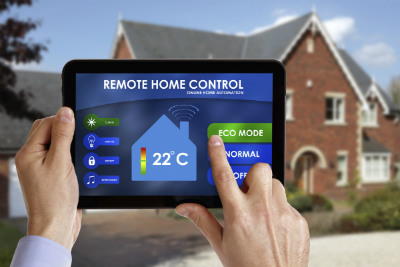 Smart homes are undoubtedly the wave of the future. Yet, despite the hype in recent years around the plethora of smart devices available for the home, homeowners have been slow to embrace smart-home living wholeheartedly.

At the moment, they appear to be more interested in supporting the tech they have already than in adding more tech to their lives.

Apple co-founder Steve Jobs has often been quoted for his remark that “consumers don’t know what they want until you show it to them.” It has become something of a mantra for hi-tech innovation. However, it is also true that consumers want, or think they want, what they don’t need — only to decide later that perhaps they don’t really want it after all or not until the need is greater.

That appears to be the situation with smart home technology at the moment.

A kitchen technology awareness survey of interior designers and consumers conducted by the National Kitchen and Bath Association (NKBA) in 2018 revealed a considerable disconnect — in some cases by as much as 2 to 1, respectively — between what technologies consumers said appealed to them and what designers’ perceived their clients wanted.

Moreover, the survey found that although consumers said they wanted more tech in the kitchen, in practice they tend to use only general technology, such as email/texting, internet searches and social networking. (It seems designers know their clients better than they know themselves.)

The recently released 2019 Global Kitchen Study, conducted by the Cosentino Group, presents similar findings. The authors of the report conclude that “there is still a long way to go” before the vision of the hyperconnected, multifunctional smart kitchen becomes common practice.

Close to half (45.3%) of the respondents said at present they do not interact with any devices in their home using a smart phone or tablet. Among those who do, the most common interaction was with a television (16.1%). Fewer than 8% currently connect to smart appliances or lighting systems.

Even younger homeowners, who say whole-house connectivity is important to them, have been slow to adopt many of these technologies. Among those responding to the 2019 U.S. Houzz & Home Study, only about a third each of Gen Z and millennial homeowners said smart technology upgrades were a “high priority” in their renovation projects, and more than one fourth of each group rated them as a “low priority.”

In addition to already feeling overwhelmed by the technology they have, another reason for the slow adoption of some of these technologies may be cost. Consumers have yet to perceive the value of paying substantially higher prices for a refrigerator that lets them know when they are out of milk or a washer/dryer combo that texts them when the clothes are ready.

An analysis conducted by home renovation website Fixr determined that the average cost to outfit a kitchen with basic smart appliances was around $9,000. A smart-lighting system for the home runs about $2,250.

Nonetheless, studies show that interest in and adoption of smart technologies is growing. A literature review conducted by the Remodeling Futures Program of the Joint Center for Housing Studies of Harvard University concludes, “Smart home technology . . . is expected to be a major area of growth for the remodeling industry over the coming years.” Smart home features are becoming more standard in new home construction as well.

Homeowners increasingly are considering the benefits of technology additions in areas such as centralized home automation (especially for heating and lighting), convenience automation (faucets, blinds or shades), home security, and support for aging in place, but are less interested in smart appliances or gadgets. Rapid acceptance of voice-activated devices, such as Amazon’s Alexa and Google Home, should help to speed the adoption of these technologies by making them much simpler to interact with or operate.

Another area experiencing growth is support for the devices consumers currently own. Results of the AIA Home Design Trends Survey for the third quarter of 2019 show continued high demand for "technology-friendly" integrations, such as built-in charging docks, USB outlets, and extra outlets. Whole-house wireless telecommunication and data systems as well as wireless sound systems that connect to audio files on smart devices also are popular.

Early adopters and aficionados of all cuisines may want the latest and greatest appliances and gadgets for their kitchens, pantries and wine rooms. For now at least, designers can help prepare the rest of their clients for the next phase of smart-home technology by making it easier and more convenient for them to live with the technology they use every day.