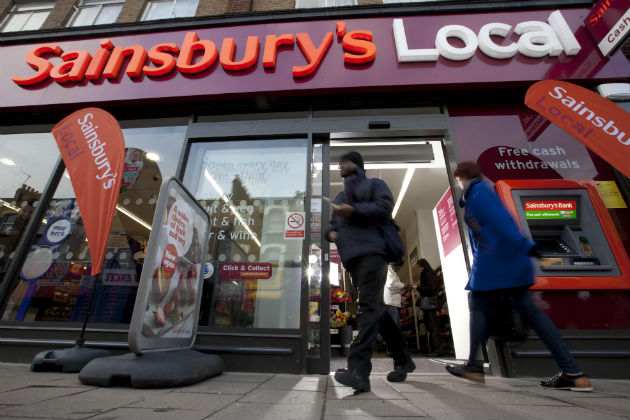 Major supermarkets in the United Kingdom are calling upon the cooling industry to come up with solutions that will help them face a new landscape characterized by tight margins, smaller store footprints and new refrigerant choices imposed by the European F-gas regulations.

U.K. supermarket refrigeration engineers are united in their belief that intense competition in the sector and changing customer behavior will have an influence on the way they do business.

Customer-led factors such as increasing home shopping and a desire to shop in smaller High Street "convenience stores" rather than out-of-town supermarkets are changing the refrigeration landscape. And the imposition of legislation — notably F-gas, with its phasedown of high-GWP refrigerants and the forthcoming Ecodesign Directive, which will set tough limits on refrigerated cabinet energy use — will make the challenge harder, they said.

John Skelton of Sainsbury's, which now has 650 of these smaller-sized Sainsbury's Local stores (under 3,000 square feet), summed up the challenge.

"Retail has changed completely recently," Skelton said. "We have had a recession. We have had deflation in food. We have had the rise of the discounters. We have got the internet, where people compare online. We know that our customers now don't always want to go out and shop in large supermarkets.

Skelton said Sainsbury's is committed to these convenience stores, and they plan to deliver a hundred of those stores each year. But there are challenges when it comes to cooling.

"Convenience is a real challenge for us," he said. "These are the stores that are making the money but also the most challenging to deliver. They normally are the most compromised sites in compromised locations and they have a short window to be fitted out. We haven't got a viable cost-effective natural solution for convenience yet."

Colin Coe of WM Morrison agreed that cost and budgets play a major factor when it comes to cooling changes.

"We have an aging estate and a bigger estate," Coe said. "The big shift is that money will need to be spent on maintenance, not new store building. We will need to sweat the assets.

"It is the changing dynamics of retail. We now have the discerning shopper to deal with. No longer will they just come to Morrison's to do a weekly shop, but they will shop around — and that has an impact on things. We also have the rise of convenience and of online and each one of those changes how we operate. More delivering will mean more distribution to feed all this."

One of the key elements of convenience style stores is energy intensity, so the retail refrigeration managers are looking for more use of heat recovery in these stores, harnessing the waste heat from refrigeration, and using it for hot water and space heating elsewhere in the building.

This so-called "system integration" provides an ideal opportunity for the cooling industry to take a lead, Skelton challenged.

Coe also said that system integration will be key to the future in convenience stores.

"All our trials have shown some sort of success, but it has been a massive learning curve. It is going to be one of the key elements in the future — we should no longer be looking at the refrigeration system on its own. Once we have refrigeration integrated with mechanical, it will need the skills who can look at both, and who can look at the energy side too.”

The other major frontier for the convenience store is that well-known point of contention: putting doors on the chiller cabinets. Here, as the energy intensity is so high, there is more pressure to reduce electricity use by fitting doors.

For some reason, putting doors on in a convenience store is deemed acceptable by the retail merchandising department, whereas for a larger store format, it is still viewed as a "barrier to sales." Just ask Paul Alway of Marks and Spencer.

"Putting doors on the chillers is the only way to make a convenience store stack up in energy terms," Alway said. "But for bigger stores, the debate is ongoing."

Alway said Marks and Spencer is working on a CFD model of a cabinet that is now being tested: "It is about looking at attachments that we can drop onto a shelf to give us 20-25 percent energy saving."

And the looming concern is still the Ecodesign Directive, which means energy ratings on commercial cases by 2017. Alway said this law could end up making it mandatory to put doors on all fridges.

Skelton urged a similar caution: "I think we are all doing trials to see the effect of doors. I don't think it is as easy to do the retrofits as some people have made out. There are other things to consider, such as the cost and the carbon footprint, and the fact that doors do break. We have all said from an engineering perspective there is a definite place for doors in retail."

Coe agreed that the time could be ripe for changing the opinions of his retail merchandising colleagues.

"I could probably paper the room with all the papers proving the energy savings of putting doors on fridges, but if retail has a perception that it will affect sales, it won't happen," Coe said. "I hope next year though we will be in a position to prove that putting doors on doesn't have a detrimental effect on sales, and we can put that evidence with all the energy numbers."