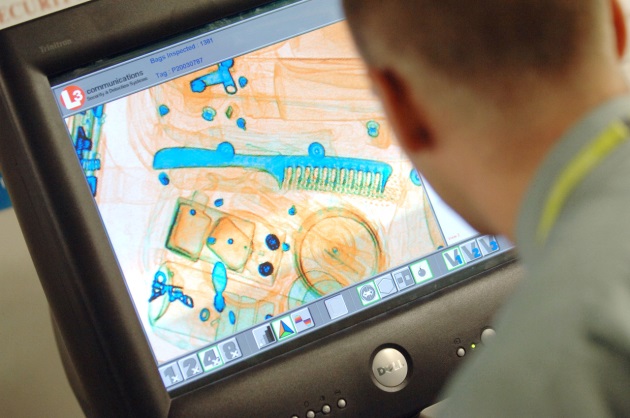 Passing through security bag screening can quickly sour the joy of travel. Arriving at the scanner usually requires removing items of clothing and unpacking items from the bags you spent so long carefully packing.

Now, U.K. Prime Minister Boris Johnson has announced that new scanners, which have the potential to reduce the stress of screening and the time it takes, would be rolled out across the country’s airports over the next few years.

The new baggage scanning equipment will scan the contents of bags in 3-D, giving screeners an all-round image that can be rotated and examined in closer detail as it is analyzed. Improved algorithms will be able to detect explosives much more easily.

One of the major benefits of the new scanners is in removing the need to remove liquids from luggage, or even to have a 100ml limit on any liquids, aerosols and gels carried.

Passengers will also be permitted to leave electronic equipment like laptops inside their bags.

Johnson said: “We are home to the largest aviation network in Europe, with millions of people passing through our airports every year for work, holidays and family visits.”

London Heathrow, Europe’s busiest airport, is already trialing the new 3-D screening technology. I passed through the airport last week and the process did feel quicker and less onerous.

However, with my journey incorporating two other airports in Europe, the screening process was inconsistent, and travelers will still need to be prepared for the “hassle” Johnson describes on other parts of their journey.

Johnson said: “We’re set to streamline those trips with the rollout of this ground-breaking technology. By making journeys through U.K. airports easier than ever, this new equipment will help boost the vital role our airports play in securing the U.K.’s position as a global hub for trade, tourism and investment.”

The Department for Transport has set a deadline of Dec. 1, 2022, by which all major U.K. airports must have the new technology.

The change will see the UK deviate from EU regulations on screening, and International Civil Aviation Organization guidelines — a sign of the country taking on its own rules post-Brexit.

The news has been welcomed by the traveling public and many travel organizations. However, it should be remembered that this mandatory upgrade of screening equipment will come at great cost for airports. With a significant price tag, this will have a serious impact on smaller airports which still fall under the “major” category mandated to introduce the new equipment.

The Airport Operators Association commented: “It is important to recognise the increasing cost of mandatory security measures like these. Each airport will have to fund the new equipment in a relatively short period of time, which will have a big impact particularly on smaller airports.”

While the UK is taking a lead in rolling out this technology countrywide, airports like Atlanta, Chicago O’Hare, New York JFK and Amsterdam Schiphol have already introduced similar 3-D scanners.