Twitter turns 10 — and here are 10 new features to celebrate 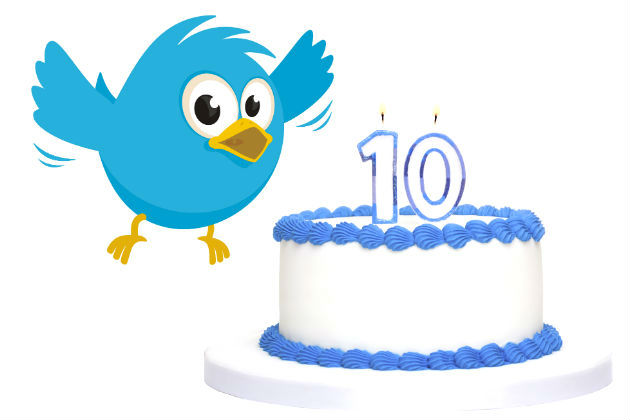 On March 21, 2006, an undergraduate student at New York University named Jack Dorsey sent out the first message on a new service called "twttr." Dorsey, co-founder and CEO of Twitter, envisioned a kind of group-messaging text service to share among friends.

The time-tested platform has continued to grow and evolve since then. Now, to celebrate 10 years of Twitter, let's highlight 10 new features the social media giant has rolled out over the last year — and how that affects your company's brand.

1. Timeline: One of the biggest complaints Twitter users have had is that the platform is chaotic. To solve this problem, Twitter introduced their new timeline feature in February. Now, you'll see the tweets you're most likely to care about at the top of your feed, in chronological order, followed by your typical Twitter feed. You can toggle this setting on and off.

2. Moments: In October 2015, Twitter introduced its new Moments feature. Now, when you click on the lightning bolt in Twitter, you're taken to a curated newsfeed, highlighting the moment's top news stories. You see a main image along with a brief summary. From there, you can click on any Moment to reveal more tweets, images and content.

3. More than 140 characters: Recently, rumors popped up that Twitter would drop its 140-character limit. Dorsey dispelled this rumor for good. But, Twitter did drop the 140-character limit from direct messages in August 2015. Use this feature to reach new audiences and better market your brand. More info here.

4. Pick a poll: In October 2015, Twitter officially introduced a polling feature. Previously, users had been DIY-ing Twitter polls, using retweet and favorites as voting options. Now, while writing your tweet, click the poll icon to add a poll with up to four options. These polls present fantastic opportunities for your business to garner feedback or engage your Twitter followers.

5. Autoplay videos: In June 2015, Twitter helped your brand's videos get seen in a big way by rolling out autoplay video. Now, anytime a user sees a tweet with a video, it plays automatically without audio. The test results from Twitter prove this is a major win for your brand. Users are 2.5 times more likely to prefer autoplay videos, which resulted in a seven-fold increase in users finishing Promoted Videos.

6. Conversational ads: In January, Twitter made it easier for your fans to participate in the conversation with this new type of ad. Now, on promoted tweets, you can integrate a call-to-action button that encourages users to add to the conversation using one or two hashtags your brand created. When clicked, a pre-written tweet pops up. The user can customize or publish as is.

7. Livestreaming: As of January, Twitter wanted to make it easier for its users to view and create Periscope livestreams. You can now watch Periscope broadcasts directly on Twitter. Previously, users had to open a link to view Periscopes.

8. Go GIF: As of February, you can add GIFs directly to your tweets. You can browse categories or input a search term to find the perfect one. Tweets with images get 313 percent more engagement than plain-text-only tweets, according to Twitter. Since GIFs are moving pictures, we can only assume they'll perform even better.

9. Bigger, better photos: Before December 2015, Twitter automatically cropped photos to fit in their limited space. Luckily, as images became more and more essential to storytelling and marketing, Twitter finally expanded their standard image size along with the size of multiphoto collages.

10. Stars to hearts: In November 2015, Twitter changed its famous star icon to a heart. They also tweaked their lingo from favoriting tweets to liking tweets to make their platform more universal.