Try this game in your next vocabulary lesson 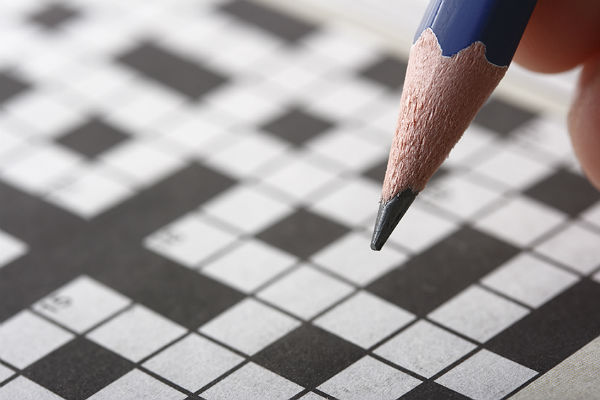 "Words are singularly the most powerful force available to humanity. We can choose to use this force constructively with words of encouragement, or destructively using words of despair. Words have energy and power with the ability to help, to heal, to hinder, to hurt, to harm, to humiliate and to humble."
— Yehuda Berg

"It was so boring! I hated learning new words that way!" exclaimed a frustrated student about traditional vocabulary learning strategies. The student was one of a number interviewed by Nguyen Thi Thanh Huyen and Khuat Thi Thu Nga in their action research about how to stimulate Vietnamese students' interest in vocabulary learning.

Students were typically bored with traditional approaches to learning vocabulary but longed to learn how to "remember words and their meanings quickly and for a long time." Paul Nation and Teresa Chung observed that "a balanced range of learning opportunities" is among the elements of a "well-planned vocabulary component of a language course."

Today, we'll look at one game that I — and more importantly, my students — have found useful and entertaining.

First, let's look at the scaffolding I put in place. In one reading course, Vocabulary Power 1 (Pearson-Longman) was coupled with a young adult novel (Holes, Hatchet, The Lion, the Witch, and the Wardrobe or The Giver).

For each chapter of the novel, I had students identify up to five words they didn't know but wanted to learn. I instructed students to write the word, the sentence in which it appeared, the sentences immediately before and after it, and the chapter and page number on which they found the information.

Students used contextual clues to try to determine the word's meaning. Ideally, students won't use a dictionary but will rely on context and word parts to define the terms. To be sure students practice their meaning-making skills, you can have them do this exercise in class instead of for homework.

In class, students presented their findings in short presentations: They chose one word from their list, shared it and the sentences that placed the word in context, and used it in a sentence of their own creation. They also wrote their word choice, the chapter and the page number on which they found the word on an index card and taped it to the Word Wall.

While the novels gave students the opportunity to choose the words they wanted to learn, Vocabulary Power identifies 10 words per chapter, and each chapter provides definitions (including multiple meanings and usages), information on word families, and collocations and expressions for the chapter's words. We spent a good deal of time examining word parts, word forms, synonyms and antonyms, and using the words in various exercises. At times, the words in Vocabulary Power appeared in the novel.

We talked about the purpose of crosswords, where we typically find crosswords, and how to create them. Next, I asked students to join their groups and had them create their own crossword puzzles using our vocabulary corpus (posted on the Word Wall). I asked students to use a minimum of 15 words, to balance the number of words they chose from the novel with the words from Vocabulary Power, and to write clues using cloze sentences, questions, synonyms, antonyms and scrambled letters.

For example, if "improve" were a word students chose, students could write the following clues:

I asked students to create a master crossword (completed) and an empty one with clues. Most groups were animated, eagerly discussing which words to choose, what they wanted their clues to be, and how to create the puzzle template.

They soon realized that creating the puzzle wasn't as easy as they thought. Creating the template was particularly challenging as students quickly found that words could not abut other words unless the letters were being used in both words. Students crumpled and threw away their efforts and switched from working in pen to pencil. Students furiously erased, blowing away the rubbery remains.

Each group had its own approach to the tasks: In some groups, students divided tasks, designating members to choose words, others to create the template, and others to write clues. In other groups, everyone did a bit of everything. And in still other groups, the students' roles permutated. Regardless of approach, the room was charged with critical thinking and analysis, with authentic education, and I couldn't help but smile.

Once students had finished their crosswords, an exercise that can take at least a full 80-minute class, I collected and beta-tested them: Had students provided accurate and appropriate clues? Had they provided enough boxes for the letters? Had they spelled the words correctly? If corrections were necessary, I returned the crosswords for students to revise.

Once all crosswords were ready for prime time, I made copies of the originals and distributed the copies to students to work on individually or in groups. I gave each student or group a crossword puzzle from a group other than her own. Once students completed their puzzle, we reviewed the answers as a large group.

Some instructors rely on vocabulary cards — index cards bound by a ring — on which students write the dictionary definitions of words from a list that teachers give them and from which students are supposed to "study" (memorize) for quizzes.

When I first tried this game, I fell in to the same reductive trap: I had students use only the Vocabulary Power words and definitions. I quickly realized there was little learning going on because all students had to do was copy the definitions from the book. No amount of copying and memorizing would facilitate students' vocabulary expansion. At that point, I changed the rules of the game.

Too often, vocabulary instruction relies on rote copying of dictionary definitions of words from a required list followed by a quiz on those words.

Angela Joe noted that "meaning-focused output involves learning through speaking and writing. If vocabulary is used in generative or creative ways, the memory for these words is strengthened." Joe, Paul Nation and Jonathan Newton asserted that "activities like retelling, role plays, rewriting for a different purpose, and group and pair work involving negotiation can be very effective sources of vocabulary learning."