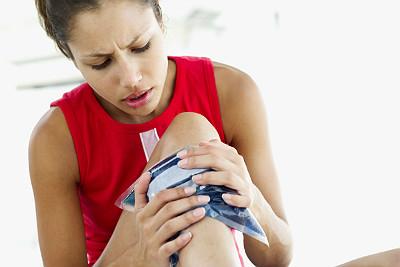 Osteoarthritis (OA) is the "degeneration of joint cartilage and the underlying bone, most common from middle age onward. It causes pain and stiffness, especially in the hip, knee and thumb joints." (Oxford Dictionaries) Knee OA is by far the most common form, affecting approximately 10 million U.S. adults.

As a physical therapist, I often come across patients who have been diagnosed with knee OA, and most are in the 50-plus age group. In fact, in the U.S., the estimated median age for knee OA diagnosis is 55. The majority of these patients have been diagnosed with OA by their family physician based on clinical features alone, or sometimes in conjunction with an imaging study, such as an X-ray or MRI.

The American College of Rheumatology has produced this list of clinical features that are required for OA diagnosis which include pain in the knee and at least three of the following:

OA in the young

Every now and again, I meet someone younger who has had the same diagnosis. As young as even the early 20s. This always rings alarm bells with me, and this is why it should with you, too.

By its very nature and definition, OA is a degenerative condition. Degeneration is the "deterioration of a tissue or an organ in which its function is diminished or its structure is impaired" (Merriam-Webster.com). This is something that develops over time. Degeneration will gradually increase throughout our lives and is a perfectly normal response to the stresses, strain and sometimes injury to which these tissues are subjected.

It would be surprising to see any form of imaging from the knee of a person in his/her middle to later years with no signs of degeneration. Degeneration can even sometimes be seen in the knees of young adults, but rarely in the extent to be defined as OA.

I'm not saying that OA in younger adults is not possible, but it's usually under some specific circumstances that have accelerated the degenerative process. These factors include obesity, high-stress occupational or recreational activities, genetic factors, female gender, race (higher prevalence in African-Americans) and a history of traumatic knee injury and/or surgery.

Regular participation in high-impact sports like football increases the risk of injury and so the risk of developing OA in later years: "It is estimated that 50 percent of individuals diagnosed with any of these injuries (cartilage/ligament) will have OA 10 to 20 years later, with pain and functional impairment."

Knee OA has also been shown to be more prevalent in individuals considered to be obese, and especially so in the female gender: "The estimated lifetime risk (of developing knee OA) was 13.83 percent, ranging from 9.60 percent for nonobese men to 23.87 percent in obese women."

Quite a difference I think you'll agree!

So, clearly there are some circumstances where early-onset OA would be a reasonable diagnosis. But OA is too often diagnosed in young adults too quickly and too simplistically, where activity, injury and genetic background do not warrant it.

A patient presenting with an aching knee pain of insidious gradual onset and reduced function may well have OA. But several other knee pain conditions should be considered prior to OA diagnosis.

Patellofemoral pain syndrome (PFPS) is by far the most common differential diagnosis for those younger knees labelled arthritic. Also known as anterior knee pain, this condition may have many similar symptoms to OA (especially to the more general practitioner), but is actually caused by faulty biomechanics leading to the maltracking of the patella.

Other conditions that could masquerade as OA include pes anserine tendinopathy/bursitis, medial collateral ligament injury or longstanding undiagnosed meniscal cartilage tears. All can cause medial knee pain — the most common complaint of those with OA due to the tendency of the medial compartment to demonstrate increased degeneration.

It is for this reason that the younger knee suspected of being arthritic should be closely examined, including imaging studies and biomechanical assessment.

The importance of correct diagnosis really is highlighted by the differing prognosis and treatment approaches for each condition. For OA, treatment is aimed at pain and functionality maintenance. An exercise program may help to reduce symptoms and slow disease progression, but ultimately it is irreversible.

For severe cases, a knee joint replacement is the best option. For those with biomechanical and soft tissue related conditions such as those listed above, the prognosis is more favorable. An exercise program to correct biomechanical faults, along with any recommended soft tissue therapy has a great chance of resolving the problem altogether.

When to question an OA diagnosis

For many older people, a diagnosis of OA is not a surprise. Once we hit our mid and later years, most people are aware the knee joints have a tendency to deteriorate. But for a few, the word osteoarthritis comes as quite a shock. If this is you, then you are well within your rights to question the diagnosis and seek a second opinion. I would highly recommend doing this if you are:

Ensure you have had at least an X-ray, or even better an MRI, CT or ultrasound scan, to investigate the knee joint. The latter three will allow observation of the soft tissue structures within the joint, as well as the bone.

But bear in mind that up to 88 percent of symptom-free knees can still demonstrate some form of pathology on MRI examination. Just because something shows up on your report doesn't mean it is the source of your pain: "The prevalence of at least one type of pathology ("any abnormality") was high in both painful (90-97 percent, depending on pain definition) and painless (86-88 percent) knees."

If you are still not satisfied, seek out a physical therapist who can assess not only the joint for signs of OA and other potential conditions, but also the movement patterns and muscle imbalances that could be contributing to your symptoms. In many cases of soft tissue, biomechanical-related or undiagnosed knee pain, an exercise program designed to improve joint alignment and stability can dramatically reduce, if not eliminate symptoms altogether.

In conclusion, if you are surprised by a diagnosis of OA, then seek further investigation. Your surprise may well be justified and treatment prognosis more positive than otherwise expected.