Transit-oriented development: Beyond the hype 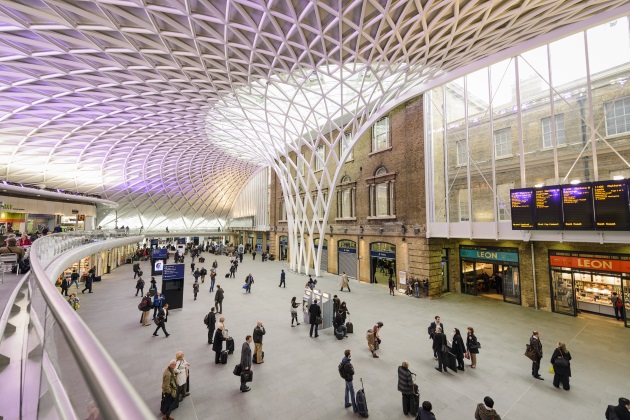 The remodeling of King's Cross railway station in London was completed in 2012.

Transit-oriented development (or TOD) is a concept that chimes with trendy "New Urbanist" ideals of vibrant, walkable neighborhoods. First uttered by San Francisco-based urbanist Peter Calthorpe in the 1980s, it may not yet be a household term, but it is rapidly gaining prominence in cities across the U.S. and beyond its borders.

The TOD concept revolves around making transit hubs (often rail stations, but sometimes bus stations) into hubs for not only switching from bus to train to bike, but also for land-use intensification. That means housing, office buildings and thoughtfully designed public spaces.

Compact development is the name of the game. These schemes are designed to combat years of urban sprawl and auto-centric planning to ambitiously reshape our cities along public transit lines, in a vigorous rejection of the highway-led model of the past.

One of the most cited examples of TOD globally, has been the spectacular transformation of the once seedy Kings Cross District in London.

The area has transitioned from a patchwork of Victorian-era canals and obsolete rail infrastructure in terminal decline to 2,000 units of prime real estate, a community "skip" garden, a turnaround school and, of course, the U.K. home of Google (rooftop garden and "trim track" and all).

Kings Cross is a true hub. It lies at the intersection of metro, rail and bus networks, as well as a high-speed rail link to Europe.

But it goes beyond its role of shunting busy Londoners between transit modes, surrounded as it is by a genuinely thriving mixed-use space. It really is the father of transit-oriented development in the U.K., inspiring similar efforts in other cities like Birmingham.

Closer to home, similar goals lie behind the Hudson Yards redevelopment in Manhattan. While New York remains by far the most transit-oriented city in the U.S., the former industrial site and rail yard in Yonkers was one of the exceptions.

The transformation of the area kicked off with the 2005 rezoning of the site from manufacturing to residential/commercial, in part with an eye on the city’s (failed) 2012 Olympic bid.

It might be only 28 acres to Kings Cross’s 67, but it is the largest real estate development in U.S. history. Essentially built on stilts over the old rail yard, the site narrowly escaped being developed around a new football mega-stadium. Instead it has been redesigned around a decidedly more people-centric concept.

An extension of subway Line 7 to arrive right at the site’s front door was followed by a Kings Cross-style mix of theaters, apartments, prime office space, restaurants, riverfront parks and a public school.

Apartments at the high end might cost $14 million, but a lottery system promises some provision for affordable housing. As far as public spaces is concerned, the surreal interlinking stairways of “The Vessel" (which makes up in braggadocio for what it lacks in intimacy) is due to open later this year.

Curitiba — Brazil’s darling of "just urbanism" — has its own version of TOD based on bus rapid transit. The World Bank has even distilled the principles into the so-called "Three V’s" of transit-oriented development.

Cities around the world are all too ready to apply the trendy TOD label — whether the development is the outcome of thoughtful, deliberate planning, or merely an incidental juxtaposition of train lines and construction activity.

To be truly successful, a city needs the right constellation of actors — in Kings Cross, this came together when developers worked with local authorities with a shared goal of creating a "human scale" site.

Curitiba’s scheme came on the back of 30 years of unusually bold leadership. In countries with weaker governance levels at city level, the kind of holistic, multi-stakeholder approach TOD needs in order to work is sometimes an uphill struggle. Even California has struggled to overcome barriers in the transition from idea to reality.

Beyond isolated projects: A bolder approach

TOD has plenty of appeal to urbanists and mayors. It proves that — despite the advent of teleworking and video-conferencing — both businesses and people still value being physically close to each other, at the city’s most accessible nodes.

But it might be harder to get right than they think (take note, Miami). Crucially, the key to successful TOD is not merely creating a “junction” for interchange between modes of transport, but create that elusive feeling of being at the beating heart of some kind of community.

That means paying attention not just to acreage and occupation rates, but high quality public space, walkable streets and spaces that encourage “lingering” – that subtle driver of successful urbanism.

TOD’s other weak point is its perception. The hype that has built around it has created the impression of a toolkit that can be airlifted into a designated area of "City X," even if the city-wide commitment remains to privileging the car over sustainable transit modes.

Developments like Kings Cross are impressive feats, but truly progressive cities need to weave mass transit more comprehensively into all of their plans, rather than isolated sites.