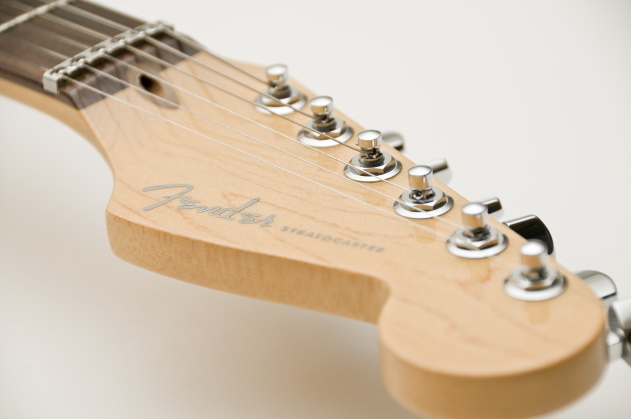 America’s musical instrument industry is humming right along. It netted $6.2 billion in revenues in 2018,with a profit of $341 million, according to IBISWorld, a Los Angeles-based marketing research firm.

A number of instrument makers across the country,including several of the world’s leading guitar and piano manufacturers, invite interested music aficionados to tour their factories and workshops.

Here are eight such manufacturers:

This Indiana company expresses great pride at being one of the last manufacturers of band and orchestra instruments in the U.S. It has a pair of factories in Elkhart where its South Facility produces woodwinds — flutes, clarinets and saxophones — while brass instruments, including trumpets, trombones and flugelhorns are made at its North Facility.

Guided tours are offered on Thursday and Friday afternoons. Reservations for the hour-long guided tours must be made two weeks in advance.

Fender is the world’s foremost manufacturer of guitars, basses, amplifiers and related equipment.With an illustrious history dating back to 1946, Fender has transformed music in nearly every genre: rock,country and western, jazz, rhythm and blues and others.

Some of the world’s most acclaimed performers have used Fender instruments, particularly the legendary Telecaster and Stratocaster electric guitars.Developed by inventor and company founder Leo Fender in the early 1950s, these innovative solid-body electric guitars created a revolution in popular music.

Tours of the Corona factory have been on-again and off-again in recent years but typically start at 10:00 a.m. on Thursday mornings. Call ahead to make a reservation.

Founded in 1974 by Bob Taylor and Kurt Listug,Taylor Guitars has grown to become the leading global builder of premium acoustic guitars.

Taylor’s git-boxes are widely considered among the best sounding and easiest to play in the world. The company pioneered the use of computerized mills, lasers and other high-tech tool sand proprietary machinery, and you can see it all inaction during a free 90-minute tour offered Monday through Friday at 1:00 p.m. (excluding holidays).

Simply check in with the receptionist a bit before 1:00 p.m. at 1980 Gillespie Way in El Cajon.

Another iconic American guitar maker, Martin was founded in 1833 by German immigrant Christian Frederick Martin Sr. and has been continuously family owned and operated for six generations.Martin’s acoustic guitars have inspired musicians worldwide for nearly two centuries with their unrivaled quality, craftsmanship and tone.

The list of Martin players, past and present, reads like a Who’s-Who of the music business and includes such legends as Elvis Presley, Eric Clapton, Paul McCartney and John Mayer. A guided factory tour follows guitars from rough lumber to finished product, a process requiring more than 300 steps.

Free tours are an hour long and are conducted at regular intervals between 11:00 a.m. and 2:30 p.m., Monday through Friday. Guests can also visit the Martin Guitar Museum, housing more than 170 guitars that parallel the company’s history,and the 1833 Shop, featuring Martin & Company apparel, souvenirs, and, of course, guitars. A Steinway retail location in California.

Steinway is a name virtually synonymous with the piano — and it goes back a long way. Steinway &Sons was founded in New York City in 1853 by German immigrant Henry Engelhard Steinway.

Henry was a master cabinet maker who built his first piano in the kitchen of his Sessen, Germany,home. Through the decades, Henry and his sons developed the modern piano. The Steinway has become the choice of 98% of concert artists,none of whom are compensated to endorse the instrument.

Guided tours of the Long Island factory are offered from September through June, departing on Tuesdays and Thursdays from 9:30 a.m. until noon. Guests witness the entire process of creating a Steinway during this comprehensive tour. Advance booking is required, as is a $20 pp entry fee. Children under the age of 16 are not permitted on the factory floor. Similar age restrictions are in effect at most the factories described in this article.

Since its founding in 1917, the Reuter Organ Co.has designed and built nearly 2,500 pipe organs for churches, concert halls and residences. Organ-building occupies a unique place in the world of instrument making. It combines handcraftsmanship and computer technology to produce the largest and most complex of all musical instruments.

An hour-long guided tour of Reuter’s Kansas factory presents an overview of all aspects of pipe organ construction — engineering, woodworking, pipe making, voicing and assembly. Tours can be pre-scheduled for any weekday from 8:00 a.m. to 3:30 p.m.

Although it is not taken seriously in some musical circles, the simple kazoo is an American musical invention that deserves more recognition and respect than it receives. For the many who don’t know what a kazoo is, it’s a musical instrument that adds a buzzing or timbral quality to a player’s voice when they vocalize or hum into it.

Technically, it’s a type of mirliton, a class of instruments that modifies its player’s voice by way of a vibrating membrane (most commonly made of waxy paper). Typically, a kazoo player hums into the instrument creating oscillating air pressure that makes the membrane vibrate.

The resulting sound varies in pitch and loudness with the player’s humming. It is easy to play, which helps explain its popularity among amateurs. The origin of the kazoo is sketchy but it was developed in America in the 1880s.

In 1916, the Original American Kazoo Company began manufacturing metal kazoos for the masses in a two-room shop in Eden, New York. By 1994, the company was producing 1.5 million kazoos per year and was the only remaining maker of the instrument — a distinction it retains to this day.

Visitors can watch metal kazoos being turned out, much the way they were from the start in 1916, at the company’s combination factory and museum. Guided tours ($2 pp) are available on Tuesdays and Thursdays, but please call at least one day ahead to schedule an appointment.