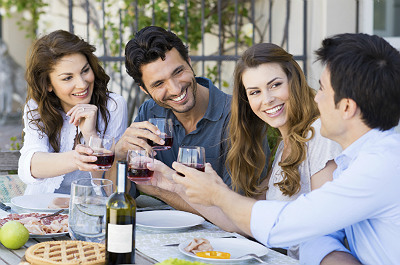 What can we look for in wines this year? The answer is as wide as it is interesting.

Wine consumption and revenue figures have been on a steep rise for the last decade. Even the recession could not make much of a dent in the numbers, and the industry seems to have become even more robust than before. The U.S. market is especially in the limelight with production and consumption both at an all-time high.

Recent surveys show that the U.S. has surpassed France and Italy to rank highest with 13 percent consumption of all wine produced globally. According to the California-based Wine Institute, Americans consumed around 2.7 gallons of wine in 2012. In the last 10 years, the U.S. has also surpassed Argentina to become the leading wine producer outside of Europe and is rapidly catching up with its European competitors as well.

The popularity and demand are now established, and it is time for the industry to consolidate its position. Here is a look at upcoming trends that will shape the future of the wine industry in 2014 and beyond:

While California still dominates the domestic wine production market, it is fast losing ground to newer soils like Oregon and Washington. The other pockets that have shown surprising growth are the mid-Atlantic wine region and Texas wine country. Readily available, these wines are cheaper and quickly rising in popularity.

Experts have pointed out that American wine has to do more with experiments than the grapes themselves. They have European and American flavors rightly blended by being more alcoholic and less ripe, a special blend that has the stamp of crisp newness.

Rise of the blends

Red blends have been surprise entrants into the scene and have zoomed up into the limelight with their smooth, light and juicy flavors. They are also less acidic and pair easily with all kinds of food, boosting their popularity.

Producers have come up with smart marketing concepts to catch the consumer's attention to these new varietals. White blends that are less acidic and go soft on the palate will also see a big rise in sales and consumption. The maximum popularity will be for the $10-$20 range of wines, though the high-end blends will have their fair share of the market, too.

Bubblies will no longer denote just champagne any longer. Experts proclaim that the love for sparkling wine will see the demand and rise of other varietals like the current star, Prosecco.

This Italian bubbly wine has topped the charts for its simple yet delightful taste, its fuss production and availability compared to champagne and its affordability. Supporting this trend are domestic sparkling wines like the Spanish Cava; and in a somewhat different pattern, Greek wines and the New York Riesling.

The natural wine movement may have had a lukewarm and somewhat confusing start, but it has now evolved to bring in far-reaching changes in wine production around the world. More and more wine producers are focusing on more natural and less interventionist ways of production.

They realize the need for greater sustainability and more efficiency in all stages — growth, production, bottling, storing, shipping and retailing. The focus is on lowering carbon footprints and meeting more than the basic environment-friendly criteria.

Surprise leaders for the future

Sommeliers are not just influencing, but also riding the waves big-time now. Master sommeliers are seen taking upper management positions across the wine industry to not just influence but redirect the way America will think and drink wine. They have been instrumental in embracing and propagating the "drink local" thought, and they are the silent power behind domestic wine market growth.

Consumption, however, is being led by millennials. Much of it has to do with their lifestyle, which is more outgoing and social and involves more sharing of good times with friends and peers than earlier generations. They also appreciate and spend more in finer things like wine without making an occasion out of it. The result is the steady growth of wine revenues across the country.