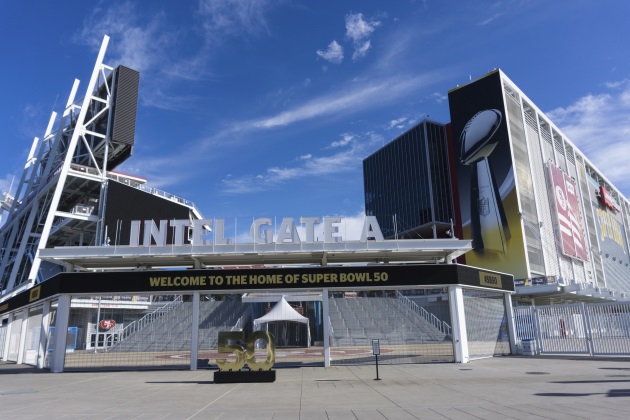 Levi's Stadium in Santa Clara, California, hosted Super Bowl 50, a 24-10 win by the Denver Broncos over the Carolina Panthers.

Super Bowl 50 broke its own records. The 2016 Super Bowl 50 was predicted to be the most watched with a forecasted 177 million viewers, 2.6 million more viewers than last year.

With more people than ever tuning into the Super Bowl, ad prices have also soared. A 30-second ad in Super Bowl 50 cost a remarkable $5 million, the highest cost to date.

The hefty price tag, though, did not stop businesses from buying their first Super Bowl ads. This year, there were more than 15 businesses who were first-time Super Bowl advertisers, the most newbies since the dot-com bubble in 2000.

Advertising in the golden Super Bowl does make an impact. Nearly 18 percent of adults watching the big game say the ads are the most important part of the Super Bowl for them, according to the National Retail Federation.

From the ads to the Super Bowl's marketing, read on to find out the biggest marketing lessons your business can learn from Super Bowl 50.

Right before the Super Bowl 50 kicked off, all MVPs from the past 49 Super Bowls were honored. This brief but poignant moment allowed the Super Bowl to shine a light on its past stars.

Instantly, viewers were reminded of the reigning significance the Super Bowl has had for the last five decades. Highlighting the history and legacy of your company is a note that will often play well with your audience as well. This ignites powerful feelings of nostalgia while also showcasing your expertise.

The hype for the Super Bowl halftime seemed to be at an all-time high this year. Instead of inventing a new hit, the Super Bowl handpicked past acts, who gave an excellent performance and were well-received.

This year, favorite Super Bowl ads had already emerged days before the game started. Wanting to get the most of their content while also getting fans excited, companies digitally uploaded their ads.

As of Friday, Feb. 5, there were 40 full ads and 130 teasers uploaded to YouTube. The tactic worked. Videos uploaded before the game get 2.2 times more views than those uploaded on game day.

When you and your business invest in new content, repurpose it as much as you can. Use that piece of content as a jumping off point to create a full-fledged, multichannel campaign.

4. Start and Steer the Conversation

Super Bowl ads are just as much about brand awareness as they are about starting a conversation.

Mountain Dew prepared and had been tweeting the hashtag and corresponding GIFs for days. When your brand launches a new campaign, especially if it’s one intended to get people talking, anticipate and steer the conversation.