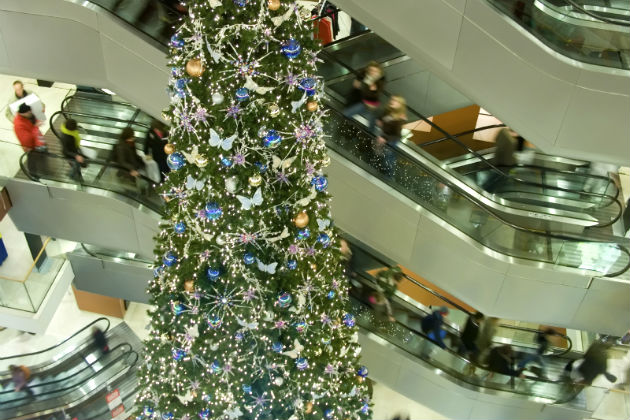 You did it! You, along with your hard-working employees, made it through the most chaotic shopping season of the year.

Though, if you manage a brick-and-mortar store, perhaps it didn’t feel that busy. Traffic in stores across the country on Black Friday was down nearly 2 percent, according to ShopperTrak. Many store employees said it felt like just a regular busy weekend shopping day.

But fear not! There are still many, many big shopping days coming your way in December. Read on to see what you can gleam from the Thanksgiving weekend sales.

1. Get ready for a big season.

Were you in awe of the number of sales and web traffic you saw on Cyber Monday? You weren’t alone. As of 11 p.m. E.T., Cyber Monday 2018 was dubbed the largest online shopping day in all of U.S. history. Shoppers spent a staggering $7.9 billion. That’s 20 percent more than they spent last year. Amazon, too, stated that people globally bought more products than ever before, making it the company’s biggest shopping day in history as well.

But not all retailers were as ready to go as Amazon. More people were hit with "out-of-stock" messages on websites than they were last year. Even worse, some didn’t even make it to the company website. Lowes, Target and PayPal all experienced crashes on Cyber Monday.

"Every minute of downtime can equate to tens of thousands of dollars in lost revenue on a normal day. We all know this is much higher during the holiday shopping season," Rob Strechay told Chain Store Age.

With the expected increase in traffic, check with your IT team or server provider to make sure your website can withstand at least 20 percent more traffic than it did at this time last year.

2. This is the season’s hottest retail trend.

3. Go where the shoppers are.

People spent 48 percent more shopping on smartphones on Cyber Monday this year, which brought the total revenue up to $2 billion. That’s the most revenue ever to come from smartphones in a single day, and it’s also the highest ever increase year-over-year for smartphone sales.

But those numbers are nuanced.

While there is a lot of hype about how more and more people are shopping on mobile, the sales are primarily going to those big corporations with super sleek checkout processes on mobile.

With that in mind, work on perfecting your desktop website.