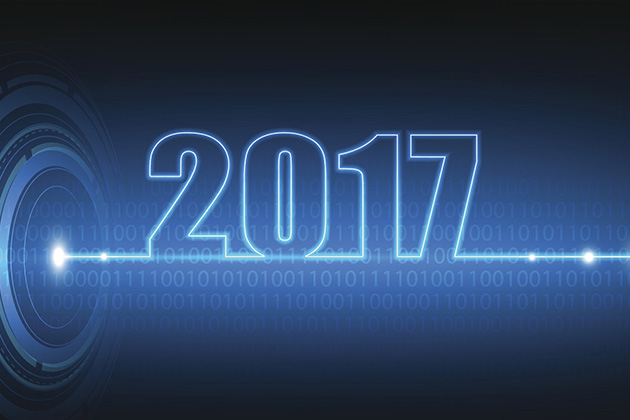 The New Year is abuzz with energy. Resolutions are made, and goals are set. You and your business are ready to tackle the new year with gusto.

As you work towards your Q1 goals and finalize year-end targets, look toward the future, too.

Below are the top three digital marketing trends for 2017. Perhaps you'll want to work these into your plans for the year as well.

Did you know Pokémon Go is the biggest U.S. mobile game ever, according to SurveyMonkey data? It had more daily active users than any mobile game before, 21 million to be exact. The game's success made it the most popular game worldwide on Google Play in 2016.

Pokémon Go could leave behind an even larger legacy. The game may be the tipping point for augmented reality (AR) and virtual reality (VR) experiences.

Marketers and advertisers are already experimenting. This past spring, The New Yorker had their iconic cover come to life. Marriot has also been on the forefront of VR marketing. You can virtually travel to several locations through the company's VR Postcards.

In the coming year, you'll see more and more of these digital reality marketing campaigns emerge. They'll likely remain expensive to create in 2017, but your audience is ready for them.

If your brand can't delve into expanded realities yet, immersive media is the next best thing. On average, American adults spend 10 hours and 39 minutes each day consuming media, most often on a screen, found a Nielsen Company report. That's an hour more than 2015.

The more and more time we spend with our screens, the more realistic we want them to be. Immersive technology — most often 360-degree photos and videos — allow users to go beyond the static. You can click, grab, drag and see what you're most interested in, giving viewers more control.

GoPro created a series of amazing 360-degree videos to market their product, and Facebook's Mark Zuckerberg posted a similar video to advertise Facebook's new capabilities. And yes, you can now upload 360-degree photos and videos to Facebook.

3. Talk to customers with bots

Google and Facebook are also in on the trend. Google introduced Google Allo, which is a messaging app that acts as a virtual assistant. It can check the status of a flight, find local movie times or play a funny video.

Facebook, meanwhile, announced that it's working on creating bots for Messenger. Now, developers and businesses can build Facebook chatbots.

1-800-Flowers was one of the first companies to allow customers to order through a Facebook chatbot. Zuckerberg demoed it at the F8 conference and said, "I love this one. It's pretty ironic: To order from 1-800-Flowers, you never have to call 1-800-Flowers again." That says it all, folks.

Bots and digital assistants will allow you to communicate better with your customers in 2017 — and make it easier for them to shop.