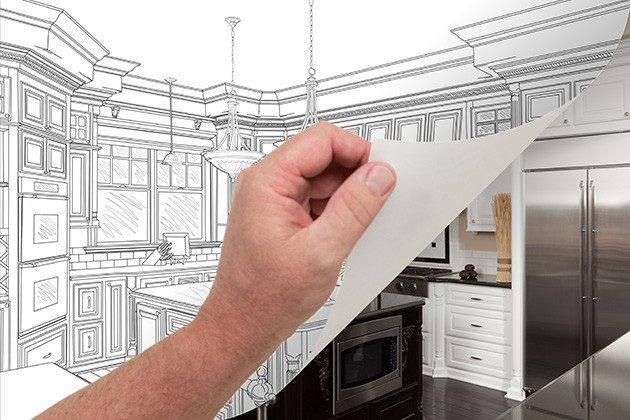 Over the past decade, the kitchen has assumed pride of place in the home and has accounted for a major portion of residential design and remodeling business. But what does the future hold in store for the kitchen?

Recent studies offer varying — or perhaps complementary — visions of the kitchen of tomorrow, both of which offer challenges and opportunities for interior designers and remodelers.

To find out what the professionals foresee for the future, surfaces manufacturer Cosentino, through its Silestone Institute, pulled together a panel of 17 distinguished experts from the worlds of design, cooking, domestic technology, sociology, nutrition and sustainability. In addition, it conducted a survey of more than 800 kitchen and bath studios from around the world to gather their insights on the evolution of the kitchen.

Cosentino released the results of its research last month in a 99-page report entitled "Global Kitchen: The Home Kitchen in the Globalization Era." While the report makes for interesting reading, the vision it presents is a kitchen that looks similar to today's kitchen, only more "future-y" in regard to the technologies that will be incorporated into the space.

Nearly 9 in 10 of the professionals taking part in the study said the kitchen would become even more relevant as an activity and meeting place — the social and emotional hub of the home. Surprisingly, however, only 5 percent of those surveyed believed kitchens would be completely open, combining both living and dining areas — a finding that may reflect the global nature of the survey.

Whether wholly open or not, tomorrow's kitchens, experts predict, will need to function differently to accommodate the various ways people want to use them. Alessandro Finetto, an architect, designer and director of global consumer design for Whirlpool, observed, "The kitchen space has to be flexible and allow personalization to adapt to the needs of the user."

That means interior designers and remodelers will have to incorporate ways to make the space and furnishings multifunctional — essentially allowing the kitchen to become invisible. Moving walls or partitions, countertops (including sinks) that raise and lower, tables that can be flipped over and rolled out of the way, and cooktops that can double as workspaces or entertainment systems are just some of the ideas presented to convert kitchens into multipurpose living spaces.

The most impactful driver of change in the kitchen, say the experts, will be the integration of emerging technologies such as smart and interconnected appliances, interactive screens and media, robotics and artificial intelligence, and nanotechnology that will support not only food storage and preparation but also work, study and other activities.

Tomorrow's appliances will anticipate consumers' needs, prepare as well as cook some dishes, and reduce cleanup and maintenance time. Sensors will adjust lighting, temperature and air quality to respond to changing conditions throughout the day or residents' preferences, providing a healthier, more satisfying and energy-saving environment.

Several experts pointed to current food trends, such as the farm-to-table movement, growing food at home and increased demand for fresh foods, as changing both what and how consumers will cook. What they did not discuss is the growing trend, at least in the United States, of individuals who do not cook.

A recent article in The Wall Street Journal states that an increasing number of people are eating foods that involve little or no cooking. These individuals — many of whom are millennials or single parents — say they are just too busy to spend time shopping for and preparing meals. They buy prepared foods, fresh ingredients that need no cooking or use subscription meal services, like Blue Apron, to limit the time they spend in the kitchen.

Indeed, according to the article, cooking is becoming something of a lost art in this population, with many young people saying they have no cooking skills whatsoever. Nielsen, likewise, reports that the hottest trends in grocery stores are fresh products, on-the-go snackable produce items and ready-to-eat prepared foods.

Consequently, among this segment of consumers, the trend is toward smaller kitchens, especially those living in urban, multifamily structures as opposed to standalone, single-family homes. They prefer to have more socializing and work space.

These two visions of the future kitchen will likely complement each other rather than converge, as attitudes toward and tastes in food, along with household configurations, change. Rather than one dominating model of what a kitchen consists of and looks like, as in the past, the future will call upon interior designers and remodelers to create a variety of different spaces to suit the needs and lifestyles of an ever more diverse clientele.