This new blood test may be the future of detecting concussions 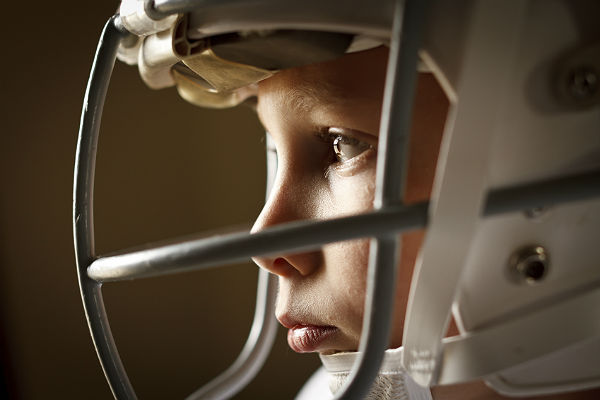 Doctors, healthcare providers and even coaches may someday use a simple blood test to detect concussions in children, according to a new study in Academic Emergency Medicine.

Symptoms of concussion (such as disorientation and headache) may disappear in just a few minutes, but many children continue to have problems with memory and cognition hours or even days later. Unaware of the extent of the injuries, coaches and parents may allow the child to return to play. This leaves the child at risk for further damage to the brain.

Researchers at Orlando Health have developed a blood test that can correctly identify the presence of traumatic brain injuries (TBIs) 94 percent of the time by detecting subtle signs of concussion in children. While originally developed for use in children, the test may detect concussions in anyone who sustains a head injury — and it may be used by trained laypeople on the sidelines to determine if a child has a concussion before sending the child back out to play.

The researchers enrolled 257 children and adolescents into the study and drew serum samples within six hours of injury. Of those enrolled, 197 children had blunt head trauma and 60 were trauma controls.

Clinicians ordered CT scans of the head for 152 patients. Traumatic intracranial lesions were evident in 18 scans (11 percent), all of which had GCS scores of 13 to 15. The blood tests identified the presence of brain injuries 94 percent of the time, making the test nearly as accurate as CT without the risk of computed tomography.

This new test detects the biomarker glial fibrillary acidic protein (GFAP), a protein found in the glial cells that surround neurons in the brain. Injury to brain cells causes the release of GFAP, which can pass the blood-brain barrier and enter the bloodstream. This unique property makes GFAP easy to measure through a blood test.

Currently, doctors diagnose most concussions by evaluating symptoms, performing a neurological examination and ordering a CT scan. Trainers and coaches have even fewer tools at their disposal and often rely on observable signs, such as vomiting or balance problems, or the report of symptoms, including headache and blurred vision.

The researchers hope to develop a mobile test within the next five years that trainers, coaches and athletic directors can use to determine if a child can get back into the game. Today, they must pull a child from a game, assess his/her condition and, in many cases, transport the child to a hospital for further evaluation and a CT scan.

CT scans are expensive and are associated with radiation exposure. Children are more sensitive to radiation and its side effects, so healthcare providers prefer to minimize the number of CTs for pediatric patients. A trip to the emergency room and waiting for CT test results is also time-consuming.

A blood test, on the other hand, could be used by coaches, trainers and athletic directors to make on-the-spot decisions about putting the child back in the game.