This meeting was a disaster 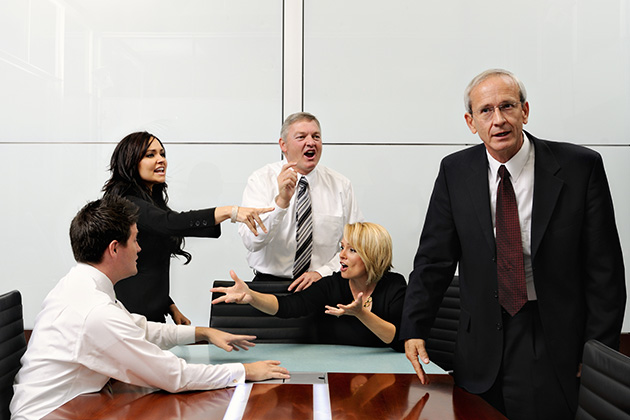 Scheduled to start at 5 and end at 8, the meeting began with 20 people making self-introductions. They took 35 minutes. I recognized a glitch as a majority included the phrase: "We have a problem."

I knew the attendees to be efficient and innovative professionals, so it was surprising to hear the group focus on the negative. Nobody offered positive statements such as, "We are empowered to bring about resolution," or "Through collaboration we can solve our problem."

The meeting kicked off with pessimism and grew worse. I had expected the group would combine their knowledge to reach consensus, identify next steps and adjourn with a favorable outcome.

This organization had a meeting disorder.

The word disorder has a couple of definitions. This meeting took on both:

With preparation, strategy, respect and good chairmanship the meeting should have been a success. From my perspective, it seemed a failure as noted herein.

Agenda — Although the chair expressed two desired outcomes, the group was not listening and probably had forgotten the meeting purpose before they finished their introductions. Had there been a written agenda, the attendees would have clearly and focused on the problem statements and desired results. An oral agenda has minimal impact and recall.

Timing — The meeting was scheduled for three hours. Several people said they could not contribute so much time, suggesting it would be more efficient to meet for only two hours. The chairman agreed, however, the meeting ran for nearly four hours. Nobody watched the time — instead preferring to voice their opinions.

Chair's style — This meeting chair's style might be characterized as, "I have several opinions, and I want to be heard." The chair did not act like a meeting facilitator who would fairly call on each person and offer his opinions only strategically, if at all.

Brawl — The chair spoke so often that it seemed to signal to others that they should fight for equal time. They didn't just try to make a point, but they also wanted to debate and present their opinion louder than the chair. It looked and sounded like a brawl.

Recognition — A number of attendees had completed assignments since their last meeting — for example, drafting a model bylaws and creating a logo. Nobody recognized and thanked those who had come prepared. They felt dejected.

Sentiments — A few attendees quietly slipped out of the meeting. They didn't just go for a break or coffee; they simply left. They made a decision that the forum was a waste of time. Nobody noticed their frustration displayed through their body language, nor did anyone realize they left or thanked them for attending.

Wrap-up — The meeting adjourned late. People shook hands and departed. The chair should have summarized the results (or lack of) and offered next steps. Attendees needed to know what they can expect, assignments, timelines and whether there would be another meeting. Anybody could have asked, "Mr. Chair, what are the next steps?"

Upon adjournment people were anxious and excited. Some were exhilarated because they got to voice their mind. Others were worried there was no hope for the organization. It should have been an effective meeting, but the disorder was apparent with the first introduction: "We have a problem."