The worst of the best: 5 blunders made by successful investors 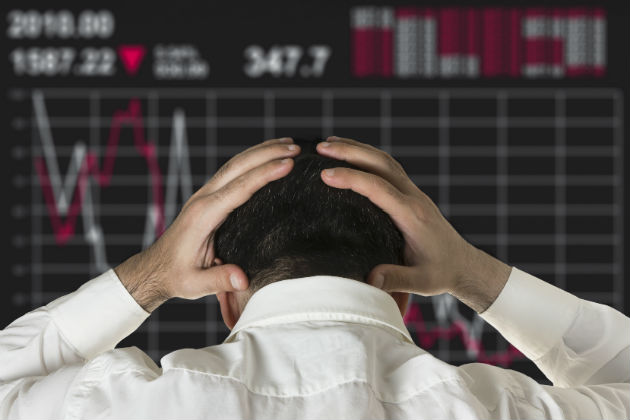 In Wall Street's long history, many investors and companies have made successful investments that put them on the map (and made them hundreds of millions of dollars). Their success leaves people astounded and, in all likelihood, a bit envious.

But, despite their prolific returns, no one has a perfect investment record. In the hunt for extraordinary profits, an investor's mistakes can lead to extraordinary losses. And, though it won't make your stock-picking skills any better, it's nice to be reminded that even investing giants are still human beings.

Below are just five of the biggest investing mistakes from the past few decades.

A skilled investor known for turning around failing businesses, Carl Icahn reportedly invested more than $190 million in video rental giant Blockbuster from 2004-05. Icahn believed the shares to be severely undervalued, but, in reality, the company was permanently losing its market share and was later forced to liquidate. Icahn ended up losing around 97 percent (more than $180 million) of his total investment by the time he threw in the towel in 2010.

The silver lining? Icahn recognized the value of video streaming service Netflix, which was largely responsible for Blockbuster's decline, and quickly bought nearly 10 percent of the company. When he sold just half of his shares in October 2013, he pocketed over $800 million in profits.

Despite being the most successful investor of all time, Warren Buffett has made a few errors in judgment. His biggest mistake began in 2007-08, when oil prices peaked across the world.

Buffett, known for his ability to pick out undervalued stocks, made an uncharacteristic purchase of highly priced ConocoPhillips stock. His purchase was massive, approximately $7 billion in shares. As demand and prices fell following 2008, the stock lost almost half its value. Although ConocoPhillips somewhat recovered, it is estimated that Buffett lost at least $1.5 billion on his commodity speculation.

3. LTCM defeated by the Russian winter

However, in 1998, LTCM made a $10 billion bet on Russian bonds, leveraging their money 100-fold. When the bonds went the wrong way later that year, LTCM became destabilized and had to be bailed out by other Wall Street firms to avoid a meltdown in the bond market.

By the time Meriwether dismantled LTCM in 2000, it had lost some $4.6 billion.

An activist investor, Bill Ackman is known for finding underperforming stocks and pushing their company profits to the limit. In October 2010, Ackman's hedge fund took a nearly $1 billion stake in the struggling J.C. Penney and put Ackman on the company's board of directors.

However, the changes made to the company were largely ineffective and the share price continued to plummet. In less than three years, Ackman stepped down from the board and sold his fund's shares in the company. The resulting losses exceeded $400 million.

Billionaire David Bonderman has been known to find huge profits in scooping up companies on the brink of failure. During the financial crisis, the giant, Seattle-based bank Washington Mutual, or "WaMu," looked like a perfect buying opportunity for Bonderman.

Spearheaded by his renowned investment firm, TPG Capital, investors dumped a total of $7 billion into the bank in April 2008. However, just five months later, the FDIC shut down WaMu and took all its assets, destroying its investment value. Investors lost every dollar they paid, and TPG Capital's own $1.35 billion stake in the bank vanished overnight.

The history of investing is littered with hundreds of investors, financiers and businesses that made big bets and lost. These examples serve as a good reminder that all investments are uncertain, even for the smartest investors in the world.

In investing, success is not about being perfect. Rather, it's about building a portfolio that fits your goals, risk tolerance and time horizon — and monitoring it over time so that it fits changes in those factors and others.

David B. Mandell, JD, MBA, is an attorney and author of 10 books on legal, tax and financial issues, including "Wealth Secrets of the Affluent," published by John Wiley & Sons, Inc., the largest business book publisher in the world. He is a principal of the financial consulting firm OJM Group, where Jason M. O'Dell, MS, CWM is also a principal. They can be reached at 877-656-4362 or mandell@ojmgroup.com.

SPECIAL OFFER: To receive a free hardcopy of "Fortune Building for Business Owners and Entrepreneurs," please call 877-656-4362 or visit www.ojmbookstore.com and enter promotional code MLTBRF at checkout for a free ebook download of "Fortune Building" for your Kindle or iPad.