The UK grapples with its low-carbon heating future 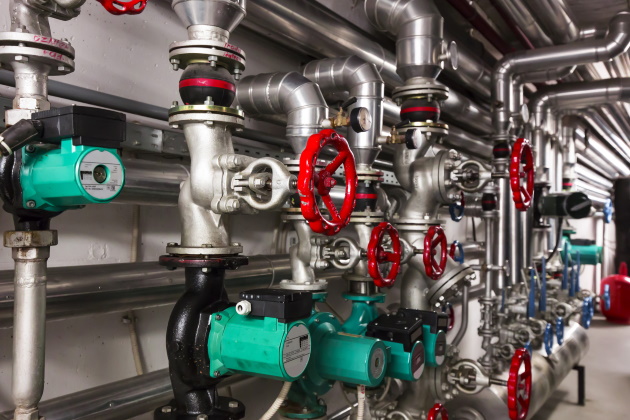 Whilst the subject of Brexit is weighing heavily on the minds of U.K. politicians, the heating industry has an equally seismic change of culture to deal with — no less than the prospect of wholesale technology change as it bids to build a low-carbon heating infrastructure.

One of the last legislative decisions by former Prime Minister Theresa May was to commit the U.K. to “net zero” carbon emissions by 2050. It is accepted by the HVAC industry that such a stiff target cannot be reached without radically changing its technology approach. What the technology approach should be is currently the subject of fierce debate.

In one camp are boilers — the boiler industry is well-established, and the technology is well-understood and ubiquitous, with 17 million combination boilers on the U.K. market every year. But the natural gas that fuels the majority of these boilers is too high in carbon to enable current boiler technology to meet the 2050 targets (and those that don’t run on gas, run on oil, which is even higher in carbon).

So, something has to change. The oil boiler sector has its sights set on “biofuels” derived from crops replacing the fossil fuel kerosene, while the gas boiler sector believes that the future belongs to hydrogen gas.

The challenge with this approach is that the U.K. gas grid would effectively have to rebuilt to handle hydrogen instead of natural gas and hydrogen as a heating fuel is only in the early stages of field testing. This, as you might imagine, is a project of some scale, but the boiler fraternity argues that so many homes and commercial buildings are currently connected to the grid that keeping the pipe network, yet replacing the gas that flows through it, will cause much less upheaval than replacing the technology altogether.

In the other camp, advocating for precisely such a new technology, is the heat pump sector, arguing that electrically powered systems will provide a much lower-carbon, more efficient alternative.

But whereas the challenge facing a hydrogen boiler-based future is developing the fuel technology, the challenge facing a heat pump-based future is developing the market, as the current scale of the industry is miniscule compared to boilers. For instance, estimates suggest 20,000 new heat pump installers will need to be trained every year to meet the demand.

Perhaps unsurprisingly there is a lot of claim and counter-claim going on between the two sectors: the boiler camp says that heat pumps only perform at their optimum in buildings which are fully insulated and air-tight, so, they argue, will not work well in older properties which are drafty.

Then they add, how will the heat pump manufacturers supply enough equipment to meet the huge volume required to hit those net zero targets — and even if there are sufficient heat pumps, will there be enough installers trained to fit them?

On top of that, they say, retrofitting heat pumps would effectively render redundant the miles of gas pipework that runs throughout so many millions of properties.

But in retort, the heat pump advocates point to evidence of successful properties built hundreds of years ago that are running efficiently with heat pumps. And, they counter, while the manufacturing of heat pumps will have to be stepped up significantly to meet carbon targets, at least the technology is tried and tested, whereas currently hydrogen boilers are still at the stage of undergoing field trials.

Hydrogen trials are at an advanced stage, with parallel trialling of both the delivery of the gas and the appliances, from boilers to ovens, and work on a standard for hydrogen application is well underway.

Of course, the reality is that it is highly likely that not one approach or another will “win out” but that a combination of technologies will be required — and we shouldn’t forget that, beyond boilers and heat pumps, there are also compelling arguments for solar thermal systems, too, particularly in combination with solar energy and battery storage. The real challenge might be getting the various camps to actually come together to agree on a collaborative approach, rather than a confrontational one.

The government has in recent weeks sought to set something of a road map for heating — or more accurately, it has started to consult on a road map — as part of its wider strategy on domestic housebuilding. And here it sets out its view that for new homes at least, the heat pump is its preferred technology.

Its consultation on the Future Homes Standard sets out its aim to reduce carbon emissions from houses: “The UK has set in law a target to bring all its greenhouse gas emissions to net zero by 2050 – one of the most ambitious targets in the world. Homes – both new and existing – account for 20% of emissions. Despite progress reducing emissions from homes, we need to go much further. New homes being built now and in the next 5-10 years will still exist in 2050 and therefore we must ensure that the energy efficiency standards we set for them put us on track to meet the 2050 target.”

The government in this document emphasizes that it sees heat pumps as the primary form of heating technology for new homes, along with heat networks (also known as district heating) for urban areas. Notably, it doesn’t specify the fuel that these networks should use. To date in the U.K., heat networks have utilized both gas-fired CHP (Combined Heat and Power) systems and ground source heat pump systems.

However, the government makes it clear that for new house construction, it doesn’t envisage them being connected to the gas network at all — a point that continues to be challenged by the gas boiler industry. The consultation concludes: “Other technologies, such as hydrogen, may have a role to play in heating systems of the future. However, for new homes, we anticipate that heat pumps and heat networks (and to a lesser extent direct electric heating) will be the principal means of producing low-carbon heat for buildings built to the Future Homes Standard.”

This need for an industrywide approach was very much to the fore at H&V News’srecent The Future of HVAC summit, where speakers from both the camps discussed how best to move forward. The consensus was that government needs to put strategies in place both to stimulate development and to educate the public.

Matthew Trewhella, managing director of heat pump specialist Kensa Contracting said that a key challenge for the widespread introduction of heat pumps was training. He said: “There is going to need to be upskilling, but I think the amount of learning needed to fit a heat pump is surprisingly small. Anyone who can fit a gas boiler can fit a heat pump. But the thing that’s difficult for gas installers is to size the radiators correctly. And system design…is going to be beyond the scope of most installers. Our argument is that we will need to separate those two skills.”

He spoke for many with his conclusion: “Some areas will be better suited to hydrogen boilers than to heat pumps, but I believe development of the two technologies can be done hand in hand.”

Steve Sutton, technical manager of the Heating and Hotwater Industry Council (HHIC), a manufacturers’ association, echoed the sentiment: “The answer is a mix of technologies – and let’s not forget hybrids [systems composed of a boiler and a heat pump], because that gives you the future-proofing of existing technology, which is known to be reliable and can be used easily by the consumer.”

What is clear is that government policy on low-carbon heating needs to be established sooner rather than later — particularly since Scotland, often the pacesetter in the UK in green matters, has set its own net zero target as 2045, a full five years earlier than the rest of the country — to enable the “low carbon heating” industry to set in place the requisite standards, manufacturing and equally importantly training. For HVAC, it’s a huge change, but a huge opportunity.